(Chuck Muth) – The star-studded, action-packed, fun-filled “Pastapalooza” dinner is less than a week away! 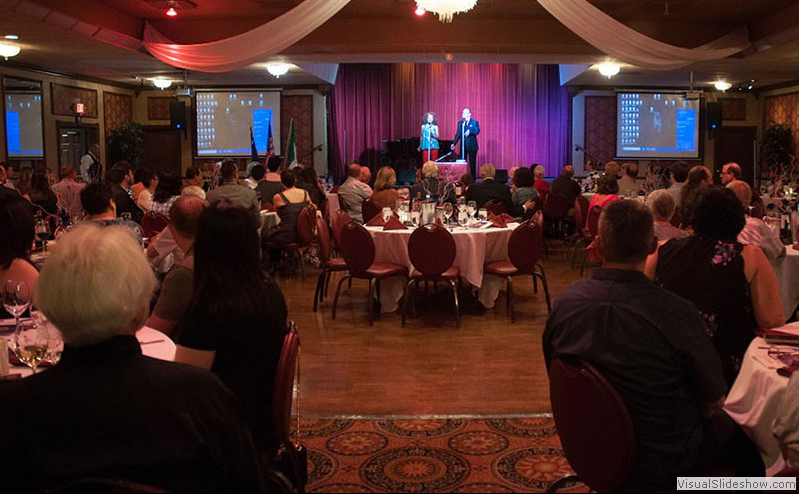 The menu includes all-you-can-eat salad, rigatoni marinara, penne rustica, meatballs & desert. And if you’ve never had dinner at the IAC, you’re in a for a real culinary treat! 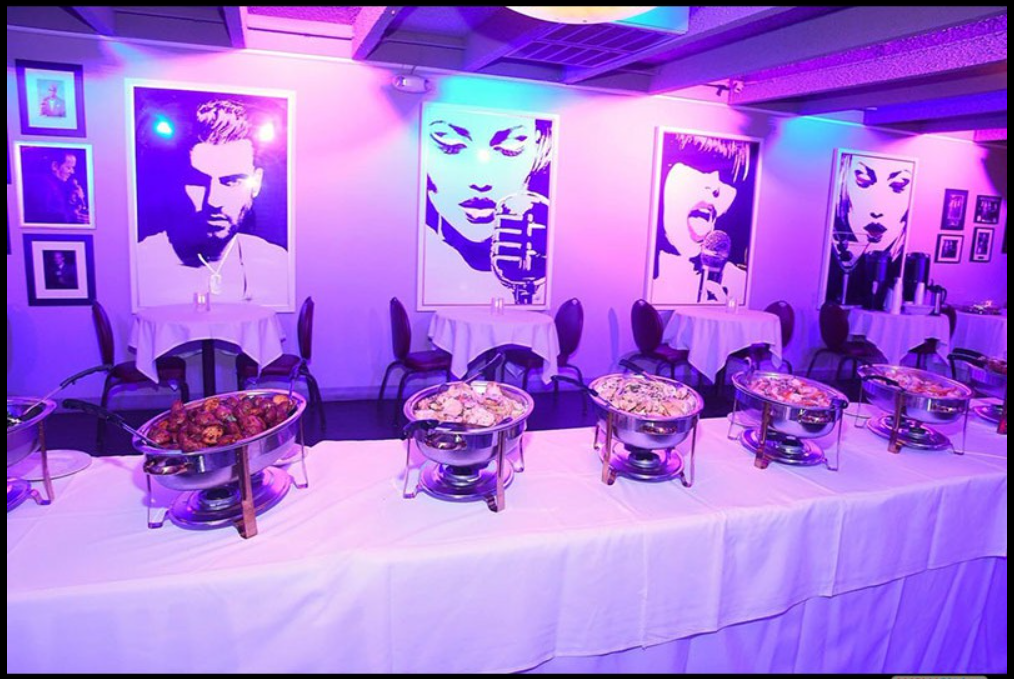 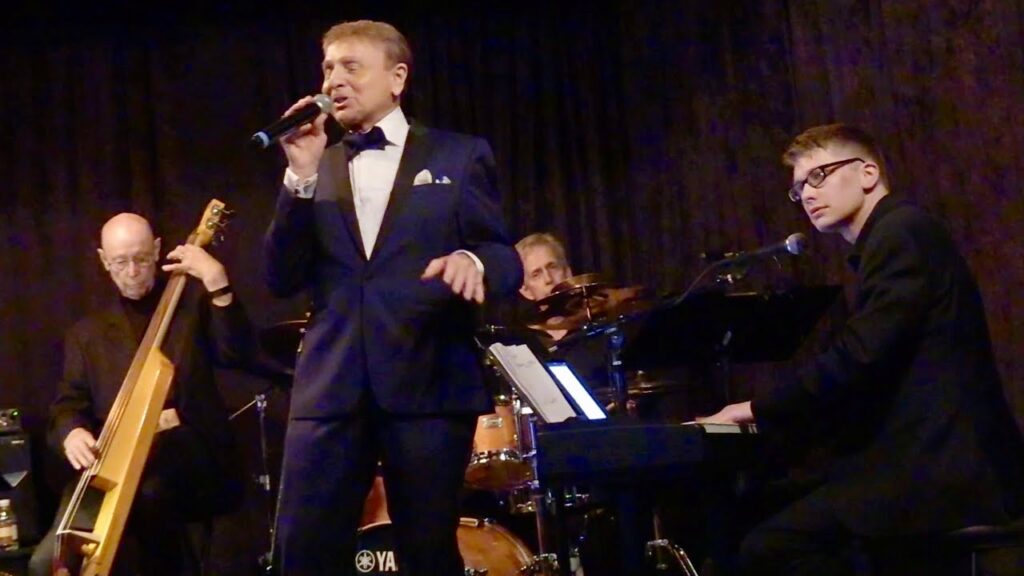 And since we put the “fun” in our fundraising, we encourage everyone to come up with a mobster nickname that we can add to your name tag.

If you need help coming up with a suitable name, click here and use the “Nickname Generator” provided by the Las Vegas Mob Museum.

I tried it and came up with “Chuckie Blue Eyes,” a corrupt politician. Sounds about right.

The entertainment will include an “On Top of Spaghetti” (sung to the tune of “On Top of Old Smokey”) singing contest for a priceless Ronald Reagan souvenir prize: A framed, “Official First Day of Issue” stamped envelope from 2005…

The keynote address will be delivered by an absolute icon of the conservative movement, Richard Viguerie.  He’ll be receiving our “Reagan Legacy Award.”

At 89 (and still going strong!), Richard has been successfully slugging it out with the left since the Eisenhower administration.  Click here to read more about this incredible conservative leader and warrior.

Also, I purchased a case of his new book, “GO BIG,” and will have copies for sale at the event while supplies last.  Get them autographed while you’re there! 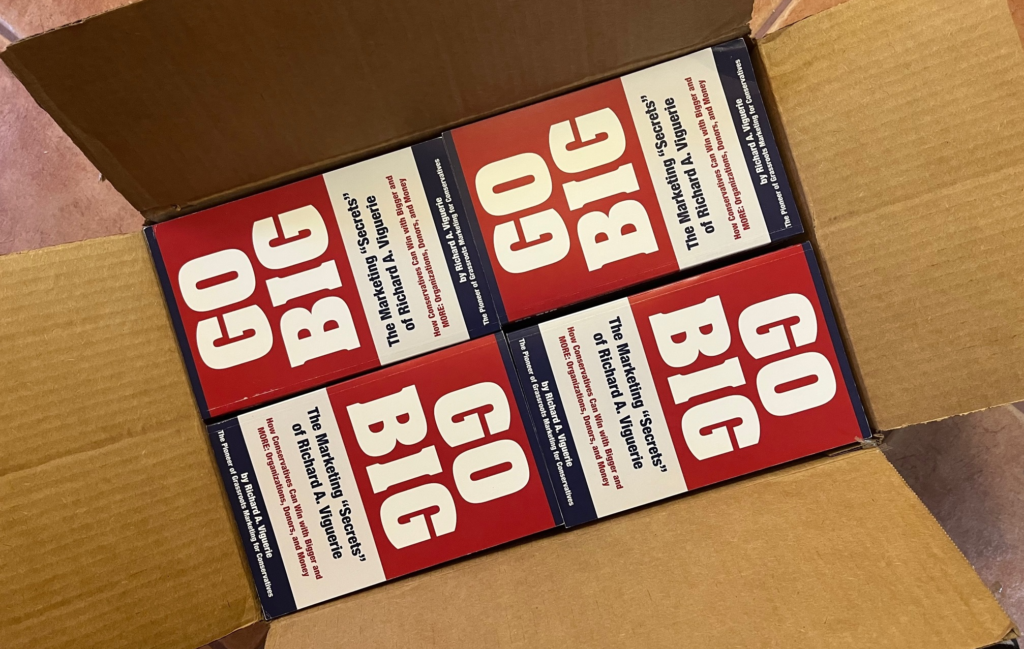 Sponsors will receive a complimentary copy at the VIP cocktail reception.

Our “Conservative of the Year” honoree is April Becker.  For background on April, click here.

The other “Conservative Champion” award recipients are: Annie Black, Joey Gilbert, Sigal Chattah, Megan Barth, Courtney Holland, Brittany Sheehan and Drew Johnson.  For more information on them and which awards they will be receiving, click here.

Oh…and we’ll be giving soon-to-be-former Nevada Gov. Steve Sisolak our tongue-in-cheek “Californian of the Year” award (a 2023 Kamala Harris calendar!) for everything he’s done to turn Nevada into the same Big Government hellhole as our neighbor to the west.

But somehow, I doubt he’ll be there to accept the award in person.

For information on how to join the Inner Circle, click here.  Enter the promo code “member99” for a $50 discount.

What a way to kick off the new year: Hanging out with fellow conservatives, dinner, dancing, singing, and fun, fun, FUN.  The social event of the year!  Be there…or be talked about.

P.S.  Our friend and sponsor, Bobby Ellis, can’t make it to the dinner and is donating his table to folks who, because of Bidenflation, might not otherwise be able to afford to come.

“When it comes to the absurdity of American taxpayers giving ‘reparations’ to black descendants of slaves, it’s hard to limit the number of objections.  These are the facts: American slavery, though horrific, was legal. It ended 157 years ago. The government did not own slaves, the private sector did. Most Southerners did not own slaves. Nearly all slave owners were Democrats (so why should non-Democrats pay reparations?). Hundreds of thousands of white Northerners lost their lives and suffered serious injuries fighting in the Civil War that ended slavery.” – Columnist Larry Elder