And the 2023 Nevada “Conservative of the Year” Winner Is…

(Chuck Muth) – OK, I’m not going to bury the lede.  Citizen Outreach Foundation’s 2023 Nevada Conservative of the Year is… 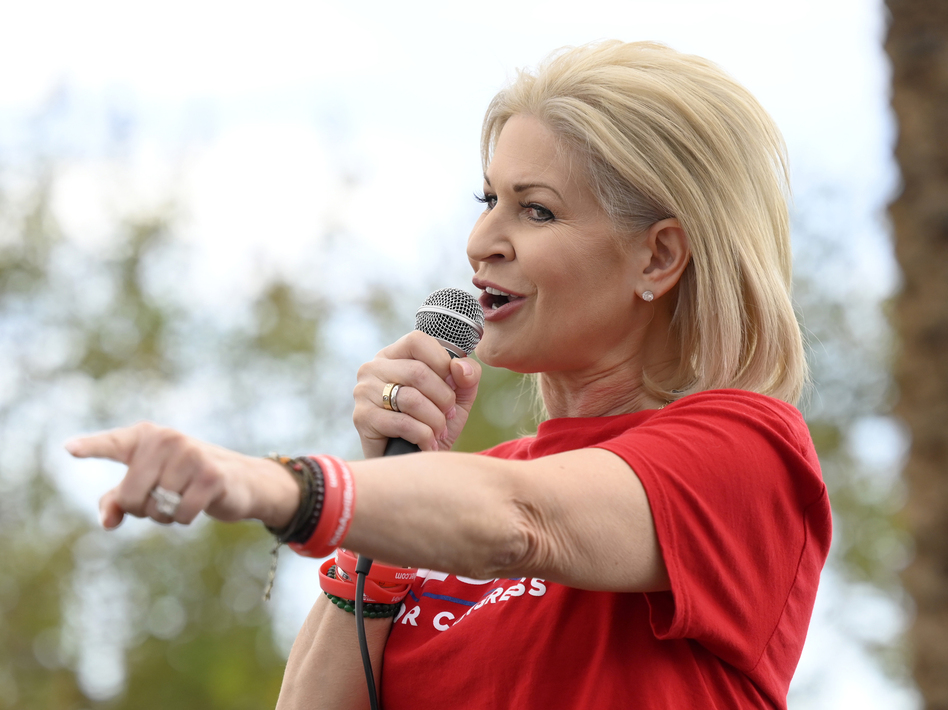 April will be honored at our “Pastapalooza” awards dinner at the Italian-American Club on January 4th.

As revealed in a Nevada Globe interview with Megan Barth – who is being honored with our Breitbart Award this year – April grew up in a small town in southeast Texas.

And while her grandfather promised to pay for his grandsons’ college, he didn’t think it was “needed by the girls as they were destined to get married, have children and take care of the home.”

So 30 years ago, April moved to Las Vegas and paid her own way through UNLV by working as a cocktail waitress and bartender.  While in school, she got married, had a daughter, and got divorced…making finishing school tough.

“There were nights that my daughter and I had dinner by candle light because I couldn’t afford the electric bill,” April told Megan. “Due to my life now, many people don’t realize that I know what it is like to struggle and to worry about having enough money to provide for my family.”

April enrolled in law school at the age of 36 – now remarried and with three kids.  She graduated three years later and set up her own law practice representing the family business.  But after Republicans passed the largest tax hike in Nevada history in 2015, she decided to get into politics.

“I just thought, we can’t keep doing the same thing,” she told Megan in her interview.  “Candidates make us promises and then go to Carson City and do the exact opposite of what they said they stood for.”

Never afraid of a challenge, April decided to run against the incumbent State Senate Majority Leader, Nicole Cannizzaro, in 2019 in a Democrat-majority district.

“This was my first time running and I was told I couldn’t win,” she recalled.  “I thought that was ridiculous because I knew I was more qualified.”

“I couldn’t knock on doors” because of COVID, April continued.  “So, I bought an ice cream truck in order to meet people. People didn’t want us knocking on doors. They were, understandably, scared. The ice cream truck was a big hit.”

But when the dust settled, April lost her hard-fought race by just 631 votes out of more than 67,000 cast in an election tainted with irregularities and suspicion.

The following year, after seeing what a “disaster” the Biden administration was – “everything around us seemed to be crumbling” – she decided to challenge incumbent Democrat Rep. Susie Lee for Nevada’s 3rd Congressional District seat which had been made more Democrat-friendly by re-districting.

“The American people are not dumb,” April told the Globe.  “They are unhappy. The answer to that is to vote these people out. That is the only answer we have.”

Having already proved herself as a superior campaigner, the GOP should have united behind her candidacy in the primary to preserve much-needed funds for the general election.  But as you know, Republicans never blow an opportunity to blow an opportunity.

One of the candidates who initially announced he was going to run against April in the primary dropped out after less than a month on the campaign trail.

But on May 6, 2021, his political consultant, Woody Johnston of McShane LLC, sent a text to one of April’s consultants threatening to recruit another candidate in the race if April didn’t hire his own firm.

To which April’s consultant replied: “Woody, no one cares if you find some crappy candidate to run in ANY race.  No one is going to pay you to stay out. Hahaha.”

In the end, April crushed the four candidates who forced her to spend money in the primary with 65% of the vote.  But in the general election – thanks to the Nevada GOP failing to get its voters to the polls in Clark County – she lost by less than 2 percentage points.

A conservative running in a Republican district is a piece of cake.  A conservative with the courage to run against an incumbent Democrat in a Democrat-majority district – and almost pulling it off – is another thing altogether.

There’s an old saying that once politics gets in your blood, the only way to get it out is with embalming fluid.  So maybe there’s another campaign in her future.  Or maybe she’ll find another way to keep fighting the conservative fight in Nevada.

The only thing I’m confident in predicting is that we haven’t heard the last from our “Conservative of the Year.”  Thank you, April Becker.

For information on how to join the Inner Circle, click here.  Enter the promo code “member99” for $50 discount.

Inner Circle embers should purchase from the membership site to get discounted event tickets.  Just log into your membership portal, click on the “Events” tab on the menu bar, and then click on the “Pastapalooza – January 2023” link to get $50-off on tickets.

For information on how to join one of Citizen Outreach’s “Donor First” clubs – the Reagan Legacy Council, Steering Committee, or President’s Advisory Board – click here.