After publishing, I checked my mailbox and yet another anti-Lombardo mailer had arrived.  This one is worse than the others because of its blatantly false advertising.

The front of the postcard reads, “Official Sample Ballot” – which, of course, it’s not.  Under “Nevada Governor” on the reverse side – which unlawfully displays the GOP elephant logo – the choice listed is, “Anyone but Joe Lombardo.” 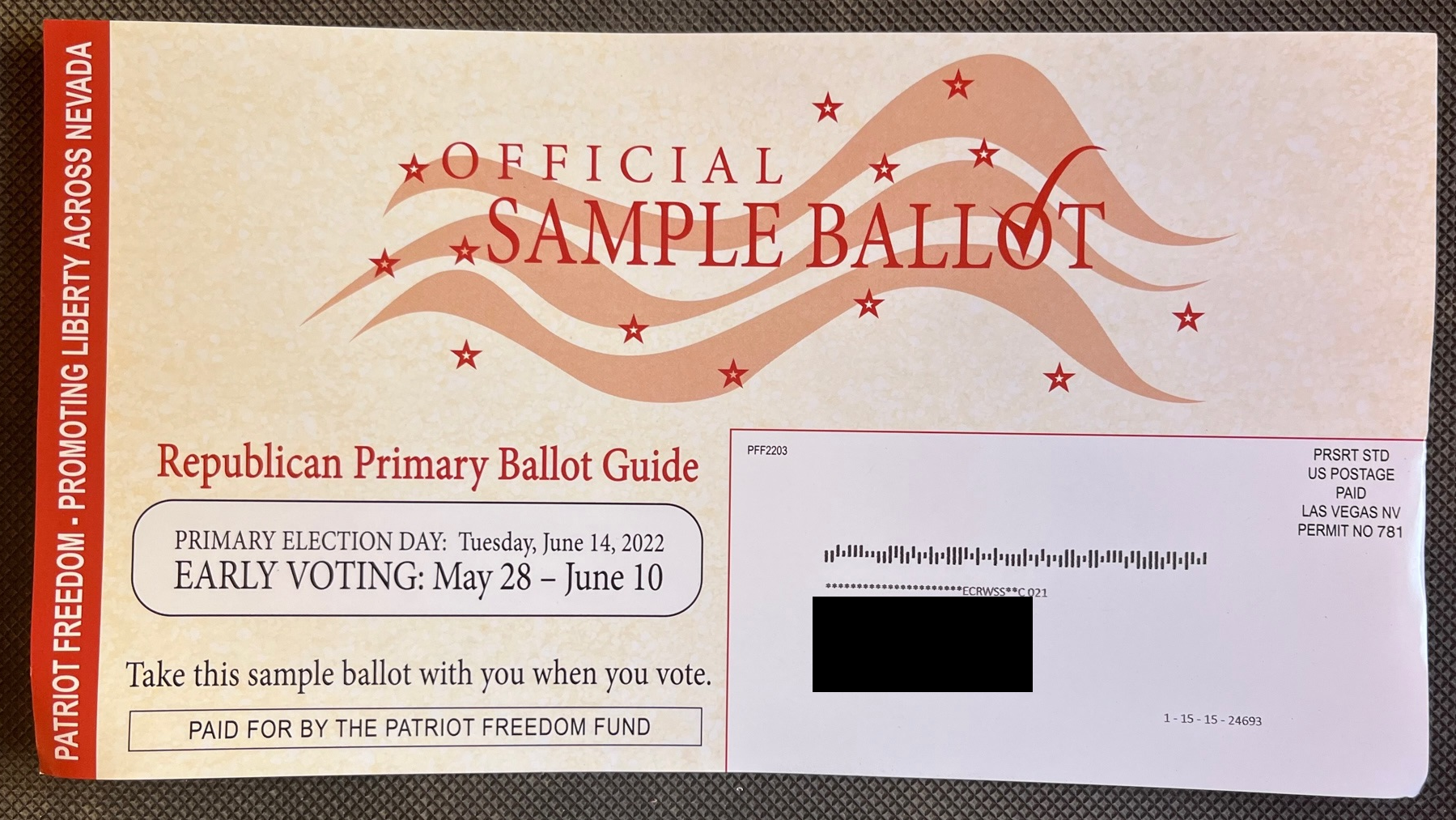 Clearly, the Democrats are scared down to their skivvies that Lombardo will knock out Democrat Gov. Steve Sisolak in the general election.  But this is far from the only scam PAC meddling in the GOP primaries.

A Stronger Nevada PAC, “a group linked to the Democratic Governors Association,” has reportedly purchased $2.1 million in anti-Lombardo TV ads.  The PAC was formed just two months ago, which “helps them avoid disclosing their donors before the primary.”

And then there’s the Nevada Rising PAC, which was created on April 11, 2022…also conveniently after the deadline to file campaign finance reports.

The PAC was filed by Ryan Russell, an attorney for the Allison MacKenzie Law Firm and unsuccessful judicial candidate in Carson City in 2018.

And according to a friend/lobbyist in Carson City, Williams didn’t move to Nevada until 2020 and was registered as a “non-partisan” for all of 2021 before making a party change to run for office.  Plus, I’m told, he’s being supported by RINO Queen Tolles (the current incumbent for the seat), Gansert and Hickey.

That should tell you all you need to know.  He “talks” like a conservative, but he runs with the RINO’s.  This one’s a no-brainer for conservatives…

The straw poll for the Nevada U.S. Senate race that the Clark County GOP refused to conduct at its convention in March was held at a party fundraising lunch in Las Vegas this week.  Very interesting results.

Sam Brown chalked up 42% of the vote and Sharelle Mendenhall raked in 32%.  Current front-runner Adam “Trump Endorsed!” Laxalt came in THIRD with just 21% of the vote.

With just days to go before the start of Early Voting, I feel a disturbance in the Force.

Laxalt might have to pull out the Big Gun – Trump himself – for a campaign rally to pull his bacon out of the fire.  If so, you’ll know it’s Panic City over at Team Laxalt.

Known by the company you keep?

My Personal Recommendations for 2022 GOP Primary

Note: Always subject to change right up to Election Day.

“Many politicians promise voters they won’t raise taxes on the campaign trail, but after they’re elected, go back on their word.  The Taxpayer Protection Pledge is a way for candidates to put their campaign rhetoric in writing. A written pledge carries more weight than words alone.” – Conservative columnist Victor Joecks