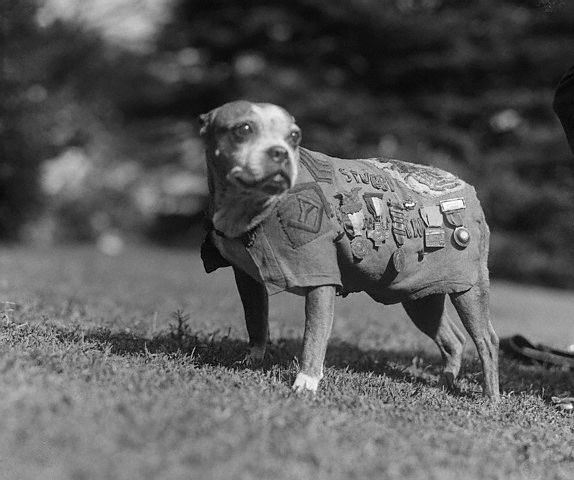 “Probably the most famous war dog, this American Pit Bull Terrier was the only dog to be given the rank of sergeant. Stubby was found as a stray on the Yale campus in 1917, and smuggled to France during World War I by his adoptive owner, Cpl. John Robert Conroy.

The dog’s heroic acts include participating in 17 battles, four offenses, and improving troop morale. He also used his keen senses to warn his unit of poison-gas attacks, incoming artillery fire, and to locate downed soldiers on the battlefield.  They were also put to good use when he sniffed out and apprehended a German spy lurking in the trenches.” – Source: Dogtime.com