The Tax-Hiking RINO and the RINO Whisperer 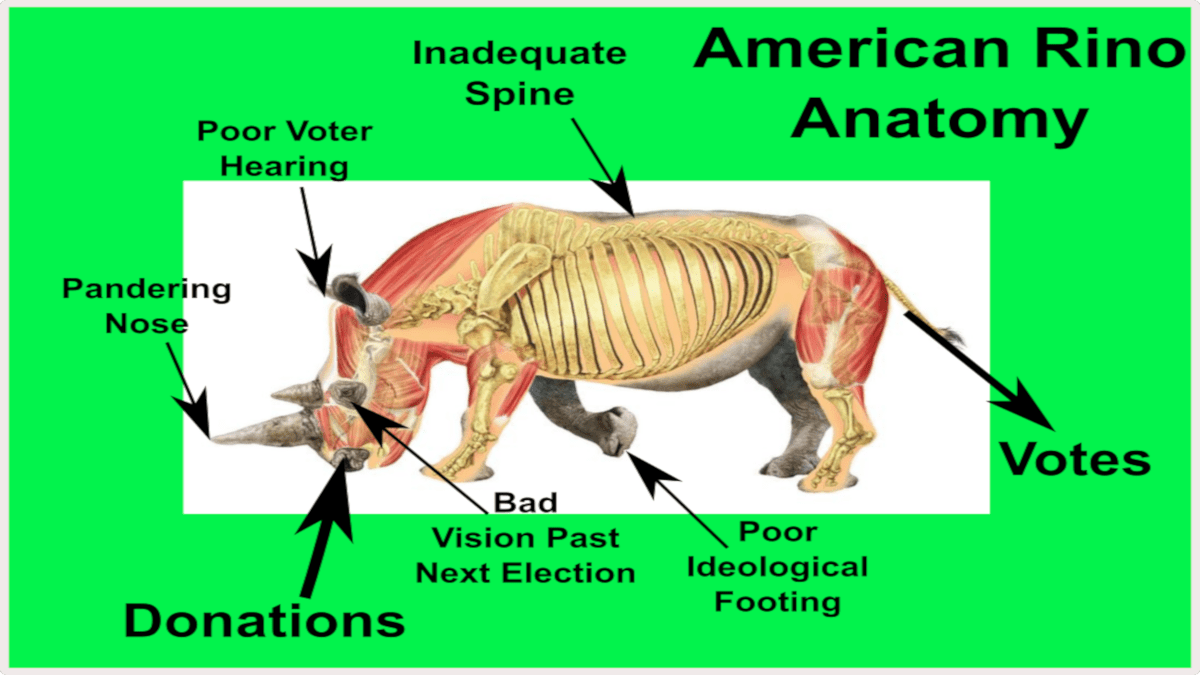 (Chuck Muth) – You probably read or heard that the Nevada Legislature – which has banned the public from its building during the ongoing special session – held an after-midnight vote this week on raising taxes on our mining industry (AB4) that keeps many of our rural counties afloat.

The good news is, the tax hike couldn’t be approved without the vote of at least one Republican in the State Senate.  And Republicans, surprisingly, stuck to their guns and voted “no.”

So yesterday afternoon we learned that Republican State Sen. Keith Pickard (RINO-Clark County) told the Democrat legislative leaders that he would change his vote as long as the money raised from the tax hike was earmarked for education.

Naturally, Democrats jumped all over the offer from Benedict Pickard.  From the Reno Gazette-Journal this morning…

“Majority Leader (Nicole) Cannizzaro and Senator Pickard spoke several times last night,” Senate Democratic Caucus Executive Director Cheryl Bruce said in a statement to the Reno Gazette Journal. “Leader Cannizzaro offered to amend AB4 to put the additional revenue towards the SB178 K-12 funding formula, and Senator Pickard agreed to make a motion to revive the bill. We expect a vote in the Senate this morning to raise revenue that will serve some of the most disadvantaged students in the state.”

Fortunately, their Snoopy Dance was premature.

Apparently Pickard flip-flopped AGAIN after a “come to Jesus” meeting with his own caucus members – who he SHOULD have been talking with BEFORE negotiating his sell-out with Majority Leader CanniBizarro.

According to Colton Lochhead of the Las Vegas Review-Journal, Pickard texted him after the meeting…

“No. I will not be voting for AB4.  I had every intention of voting for it until I sat with my caucus this morning who showed me a better option.”

Look, Pickard is a RINO (Republican in Name Only).  We’ve always known he was a RINO.  And he’s going to continue being a RINO and a major problem for Republicans through this special session, the anticipated next special session and during the upcoming 2021 regular session of the Legislature.

Which makes him “primary bait” for 2022.  Get somebody up in the bullpen!

But there’s an even bigger, more clear-and-present danger in all this…

Gallagher is a political consultant and an apprentice of former RINO State Sen. “Tax Hike Mike” Roberson; you know, the guy who rammed the largest tax hike in state history down our throats as Majority Leader in the disastrous 2015 legislative session.

Gallagher’s also the guy who – I’ve been reliably told by multiple sources – advised Pickard on Friday to sell-out on the mining tax hike.

But what’s worse is that this numbnut is currently managing or consulting on a number of competitive GOP legislative races that’ll be on the November ballot.

To Republican Candidates: If you’ve retained Mr. Gallagher in any capacity on your campaign, run – don’t walk – as fast and as far as you can from this guy.  Dump him like a steaming bag of cow dung.

To Conservative Donors:  If you find out that Gallagher is consulting on a certain campaign, you’d be well-advised to keep your checkbook closed unless or until he is exorcised from that campaign.  He’s a “RINO-whisperer” and a loser.

I know this first-hand.  The guy created a PAC back in May and did independent mailers against Assemblywoman-elect Annie Black – who ousted a three-term incumbent in a 61-39% landslide.

Gallagher’s mailers were worse than amateur hour.  I think they actually HELPED Annie. That’s how bad they were.

He was also the campaign manager for Michelle Mortensen’s disastrous GOP primary campaign for state Assembly last month (she got less than 27% of the vote).

Here’s the thing: More GOP races are lost, not because of bad candidates, but because of bad campaign consultants.  Indeed, there is more incompetence in the field of political consulting than in any field other than TV psychiatry.

And Gallagher’s one of the worst I’ve seen.  Ranks right up there with Nathan Emens, Cory Christensen and Eric Roberts.  And until people wake up and stop using these clowns, Republicans are gonna keep losing races they should have won.

As I teach candidates in my campaign training programs, the most expensive advice you can pay for is bad advice.  Gallagher dishes that out in spades.  He needs to be purged, expunged, expelled and maybe even liquidated.

In fact, he should probably be sued for malpractice.

BREAKING: Just as I was about to send this out, I read reports that Pickard flip-flopped on the mining tax hike – estimated at around $54 million – after talking with RINO State Sen. Joe Hardy who reportedly persuaded him to back a $600 million tax hike on renewable electricity instead.

If you’d like to remind Sen. Pickard how he’s SUPPOSED to vote on ANY tax hikes before he changes his mind AGAIN, send email to: keith.pickard@sen.state.nv.us

Note: Neither Pickard nor Hardy has signed the Taxpayer Protection Pledge promising to “oppose and vote against any and all efforts to increase taxes.”  What a surprise.

“AFSCME, the union representing state/local government employees, has made nearly a quarter million in contributions to #nvleg Dem candidates/PACs/caucuses during the last 3 months per campaign finance reports. Union has been vocal in opposing planned state worker furloughs.” – Reporter Riley Snyder