The Weasel Finally Wakes Up 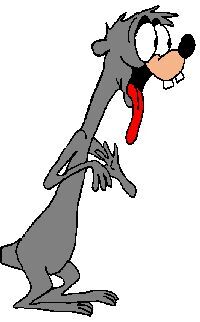 (Chuck Muth) – Nevada Assemblyman Chris “The Weasel” Edwards – facing a serious GOP primary challenge from my friend and Mesquite City Councilwoman Annie Black – appears to be feeling the heat and has woken up from his slumber.

Black has been blistering Gov. Steve Sisolak’s shutdown orders for the last two weeks, as well as Edwards for letting him get away with it without so much as a peep of protest, let alone joining her in calling for a Special Session.

Now, suddenly, Edwards is trying to, you know, “man up.”

On Monday afternoon, The Weasel posted a tweet criticizing Sisolak for supposedly cancelling “ANOTHER” phone conference with legislators.  Shortly thereafter, he said in a follow-up tweet, the guv’s staff called and told him to “tone it down.”

So now you know why no legislators are vocally questioning “Little Caesar’s” shutdown of the Nevada economy and sentencing Nevadans to house arrest.  If you dare question his decisions publicly, you get threatened.  And Republicans, as is their wont, usually back down.

But The Weasel can’t.  Black is roasting his chestnuts on a daily basis.  So if he doesn’t speak up, he looks like the spineless wuss that he is and always has been.  But if he does, he gets hollered at by the emperor.

And if you don’t think Edwards’ sudden discovery of his manhood is due to the heat he’s feeling over Black’s challenge, consider the following…

After the 2019 legislative session ended, Edwards tweeted on July 4th.  His next tweet wasn’t until October 13.  He then posted a photo of his goober self standing in front of the White House on January 9.  Then two more of the 14th and 16th.  That was it.  Five times over the span of more than SIX months.

Then at the last minute on March 13 Black filed to run against him – something he obviously didn’t expect and never saw coming.  He figured he was going to run unopposed again like he did in 2018.

So all of the sudden he posted a tweet on March 16 and three on the 18th.  That was the day after Sisolak shut down the state.  But none of his tweets had anything to do with the Sisolak Shutdown.  He just went along to get along like he always has.

But then Black began to turn the temperature up to “thermo-nuclear.”

She started with a call for a Special Session on March 20 – just two days after the Sisolak Shutdown.  And she’s continued to beat the drum and beat up on the governor and The Weasel ever since, including this from her AnnieGram e-newsletter on Saturday…

“As all of these serious decisions are being made – with potentially catastrophic consequences for our economy, families and small businesses – Assemblyman Chris Edwards (District 19), has been AWOL.  Radio silent.

“It’s long past time for Mr. Edwards to step up and start representing the interests and rights of those who elected him by publicly calling for a Special Session.  Anything less is a dereliction of duty.”

So now you know why Edwards has suddenly come out of hiding and mildly called out the governor today – without, by the way, calling for that Special Session.

The Weasel is scared down to his skivvies of Annie Black.

Now, if you’ve forgotten, or want to know, why I refer to this guy as “The Weasel,” click here.

And if you want to start following what is surely going to be the most interesting primary race between a wishy-washy weasel and a conservative honey badger, click here and sign up to get on Black’s “AnnieGram” email list.

* Let’s say someone gets laid off from their job due to the Wu-Flu.  And let’s say they find a full-time job paying $15/hour. That comes to $600 per week.  However, if they stay on unemployment, let’s say they’d get $300 per week PLUS another $600 per week from the federal government’s relief package.  Now do $10/hour part-time at 20 hours a week.

Do you see the problem here?  We’ve made it far better financially to stay unemployed and not work than to take a job.  What could go wrong?

* Nevada health officials are not tracking and reporting the number of people who recover from the coronavirus, with Brian Labus of UNLV’s School of Public Health quoted as saying, “What we’re really interested in is how many people get sick and how many died.”

Of course.  Because those figures increase panic and hysteria while the number of people who recover doesn’t.  Wouldn’t want to sow hope and optimism into the public consciousness while they’re unemployed and subjected to government-ordered house arrest, would we?

“Desperate circumstances require desperate measures, as our governor has taught us.  Therefore, we the people of Nevada demand equality under the law.  The governor must shut down all non-essential state departments and stop their payrolls.  The savings of taxpayer dollars should then be redistributed to the residents of Nevada.” – Timothy Underwood