The Comical Return of Li’l Nate 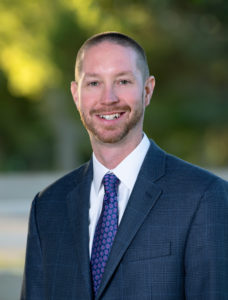 Political gadflies, like bad pennies, keep turning up.  The latest…

Fool’s errand.  By a certifiable fool.  But in case Li’l Nate’s name doesn’t ring a bell, here’s a refresher course from a Las Vegas Sun story back in July 2005…

“Nevada’s chapter of the Young Republicans has basically imploded, leaving its chairman with up to $25,000 in personal debt and allegations that he mishandled money.

“All but three people have resigned from the statewide group, but the fallout could prove increasingly embarrassing to the entire state Republican Party.

“Taylor argues that the state’s Republican delegation should have helped him fund the national Young Republican convention held last week at Mandalay Bay.  ‘I’ve got bills at the hotel I can’t pay,’ said Taylor, a 29-year-old political science senior at UNR…”

In addition, I have some longtime personal experiences with Li’l Nate – who I once characterized as “a hot-head who can’t hold his liquor; even those girlie pink Cosmos with the little umbrellas in them.”

Here’s what I wrote about this goofball in March 2009…

“I paid to send this wet-behind-the-ears, fresh-out-of-high-school Eddie Haskell wannabe to a professional Campaign Management School in Washington, DC about a dozen years ago – something I’ve done for a number of Nevada GOP activists over the years.

“But at the last minute, Li’l Nate apparently got butterflies in his belly over the thought of a sleep-over in our nation’s capital without his Teddy Bear, so he backed out of the trip – sticking me with the bill – and told me he already knew it all anyway.”

“Seems Nathan got pretty drunk at a Stavros Anthony celebration after his city council win on election night last week and followed Dave Williams, the Clark County Republican Party vice chairman, into the bathroom. He was taunting Dave about being an officer of the CCRP while Dave was trying to take a leak. Apparently Nathan wouldn’t let up and was harassing Dave the whole time in there and acting like a blithering drunken fool.

“Nathan also – and this is the funny thing – got into a fight, literally, with a guy named Cory (a Stavros Anthony volunteer) when Cory walked into the bathroom and saw what was going on. The fight started in the bathroom and continued out into the bar – to the point where the bartender had to literally physically subdue Taylor. He was thrown out of the place. Witnesses say Taylor made an utter and complete ass of himself, to where nobody wants to have anything to do with him now.”

A week later, the Clark County GOP held a meeting to consider issuing a censure of Republican legislators who voted for the massive 2009 tax hike package – including a bunch of “temporary” tax hikes that former RINO Gov. Brian Sandoval later made permanent.

At the meeting, Li’l Nate, the RINO Whisperer, went cuckoo for Cocoa Puffs over the resolution and almost got his clocked cleaned by a young woman in attendance before security ushered him out the door.

You can still read all about “The Further Misadventures of Li’l Nate” and his embarrassing meltdown that night by clicking here.

Anyway, the Man Who Loves Tax-Hikers then ran for State Assembly District 13 in 2010.  Naturally, he refused to sign the Taxpayer Protection Pledge.  And came in third in the GOP primary.

Since then he’s been a goofball local lobbyist.  And now he wants to be a state senator.

Sen. Goicoechea is a moderate who once suggested taxing groceries.  So he’s not exactly high on my list.

But if the alternative is this Li’l Nate clown, I’ll go with “Tax My Meat Pete.”