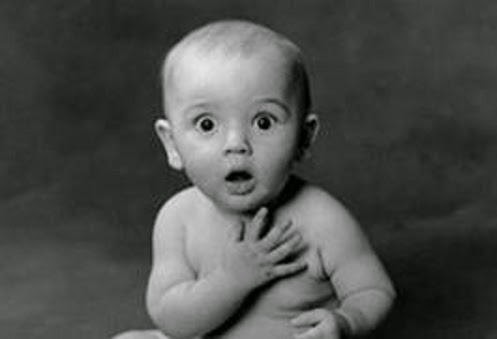 So voters in the cities of Las Vegas, North Las Vegas and Henderson will be voting on Tuesday in municipal elections.  And as I don’t live in one of those cities, I haven’t paid much attention to the races and only have a couple of recommendations.

First, though, let’s talk about the expected “low” turnout…probably around 12 percent of so.

I’ve never thought a voter should vote simply because they feel some kind of obligation to vote or because the government and other do-gooders brow-beat and badgered them into the voting booth.  I prefer that only well-informed voters who know the candidates and the issues cast ballots.

If only one in ten voters in municipal elections feel informed enough to cast an informed ballot, great.  Hate seeing an informed vote cancelled out by some guy in the voting booth going “eenie-meenie-miney-moe.”

Of course, there are those who bemoan the low turnout rate and are trying to force these cities to hold their municipal elections in the even-numbered years with every other race in the state.  Ugh.

It’ll just drive up the cost for municipal candidates.

And that benefits incumbents and deep-pocketed politicians.  It’ll all but kill the chances for challenger candidates running on a shoestring budget.

In a low-turnout election, a smart campaign will be able to identify the comparatively small number of voters likely to turn out and only spend money communicating with THEM.

That means a candidate might only have to spend money communicating with, say, 5,000 voters instead of 25,000 voters.  And that means instead of only being able to send one mailer to likely voters, you can mail five.

That’s a HUGE difference.  It’s an equalizer.  A field-leveler.  No wonder the “establishment” wants to do away with municipal elections in odd-numbered years.

Now, if you really want to boost turnout without giving incumbents and monied candidates an almost unfair advantage, here’s the change we SHOULD make…

Get rid of this scam called “non-partisan” races.

Let’s face it, a lot of voters aren’t fully informed on the candidates or the issues.  HOWEVER, they do understand, generally, what the Republican Party and Democrat Party stand for…or, at least, are SUPPOSED to stand for.

As such, they take a “short-cut” on Election Day and vote for the candidate of the party they most closely identify with.

But they can’t do that in municipal elections where no party affiliation is shown on the ballot.  So rather than take a chance on voting for someone from the party they don’t associate with, they simply opt not to vote at all.

So, forget about this fraud of “non-partisan” races – come on, “non-partisan” candidates have ideological beliefs and often use these seats as stepping stones to higher partisan office – and put the candidate’s party affiliation on the ballot next to their names.

THAT will boost turnout without giving incumbents such a massive advantage by shifting the elections to even-numbered years.

One, I support Mayor Carolyn Goodman for re-election.

Not only have I yet to hear one of her opponents make a compelling argument that Madam Mayor’s done a bad job (she hasn’t)…but I’m afraid her husband will break my thumb if I don’t!

Are you sitting down?

Not because I think he’s the best candidate.  To the contrary.  This guy is the poster-boy for “Empty Suit.”  He’s a cipher.  A Nothing Burger without the special sauce, lettuce, cheese, pickles and onions on a sesame seed bun.

But as a conservative Republican, oh, what a blast it would be to see Democrats running in 2020 with the albatross of Kihuen hanging around their necks after being run out of Congress under a cloud of sexual harassment charges.  What fun!

And the fact is, Republicans have no chance of winning this seat in anything but a Twilight Zone scenario.  So let’s help the Democrats “Elect the Lecher”!

Lastly, some thoughts on the Las Vegas City Council Ward 2 special election to fill the seat vacated by former Democrat City Councilman Steve Seroka – who resigned under a Kihuen-esque cloud of rumored hanky-panky – that will be held in June.

Many of you who are longtime readers of Muth’s Truths will be shocked by this…but it demonstrates the old adage that in politics there are no permanent friends and no permanent enemies.

Are you sitting down?

No.  This is NOT an April Fool’s joke.

Oh, yeah. Victoria and I have had our differences in recent years.  Bitter.  Nasty.  Even personal.  But here’s the thing…

When an effort to recall Seroka was launched a couple months ago, Victoria stepped up.  She not only supported the recall, but mounted a campaign to fill the seat if he had been recalled.  She joined the fight as a combatant, not a spectator.

But after a recall became unnecessary when Seroka exited, stage left, another Republican, Valerie Weber – who didn’t even SIGN the recall petition – threw her bonnet in the ring after all the hard work was already done.

That ain’t right.  It’s opportunistic, at best.  And it’s an insult to her fellow Republican who stuck her neck out and took the risk while Weber sat up in the peanut gallery doing the YMCA dance.

Again, longtime readers know Victoria and I had a SERIOUS falling out a few years ago.  Ain’t gonna rehash it here.  But I gotta respect a person who stands up for herself against mean ol’ me when so many others, especially Republicans, simply roll over and wet themselves when I bring the heat.

In 2016 Victoria decided to give up her seat in the state assembly to run for the state senate in a GOP primary against another Republican who, as an assemblyman in 2015, shamefully voted for the largest tax hike in Nevada history.

And she beat him.

In 2014, Victoria took a big risk and ran for the state assembly in what was and still is a big Democrat district.  But she fought for it…hard.  Including filing a lawsuit alleging her Democrat opponent didn’t actually live in the district.

Turns out…he didn’t.  So a judge disqualified him.  And Victoria won the seat.  A seat no one going into the general election thought Republicans had a prayer in Hades of winning.  That took guts.

In 2018, Victoria announced early that she was running for Nevada’s 3rd congressional district seat.  As usual, she fought for it.  Hard.

Then, at the last minute, she was dealt a crap sandwich of a hand.

In an effort to save former U.S. Sen. Dean Heller’s re-election bacon, President Donald Trump asked Republican candidate Danny Tarkanian to switch from his primary challenge to Heller and instead run for CD3 – the seat he almost won in 2016.

Nobody saw that coming.  It came on the last day of filing…after Victoria had already been campaigning for the seat for a good six months.

At the very least, she had to be disappointed.  I’m guessing she was actually pretty p*ssed.

But in the end, unlike all the other Republican candidates in the race who hollowly claimed they were “Trump supporters,” Victoria sucked it up, backed the president’s decision and withdrew from the race.

But, no.  She was a team player and campaigned as hard for Tark as she did for herself.  Gotta admire somebody like that.

As for Weber, I got nothing personal against her.  In fact, I personally supported her last year in the Senate District 8 race.

In 2014, the Republican candidate in SD8 CRUSHED the Democrat candidate, 57% to 39%.  So this was DEFINITELY a seat Republicans should have won last fall.

So, taking everything into consideration, it’s hard to justify Weber parachuting into this Ward 2 special election at the last minute.

Victoria swallowed a bitter pill and took one for the team in 2018.

Weber blew a winnable race and helped give Democrats a near-super-majority in the state senate.

For the life of me I can’t understand why she filed to run in this special election unless it’s either (a) pure ego or (b) the Lord told her to.

Now, if it’s (b) all I can say is…the Lord told ME to support Victoria.

So there ya go.