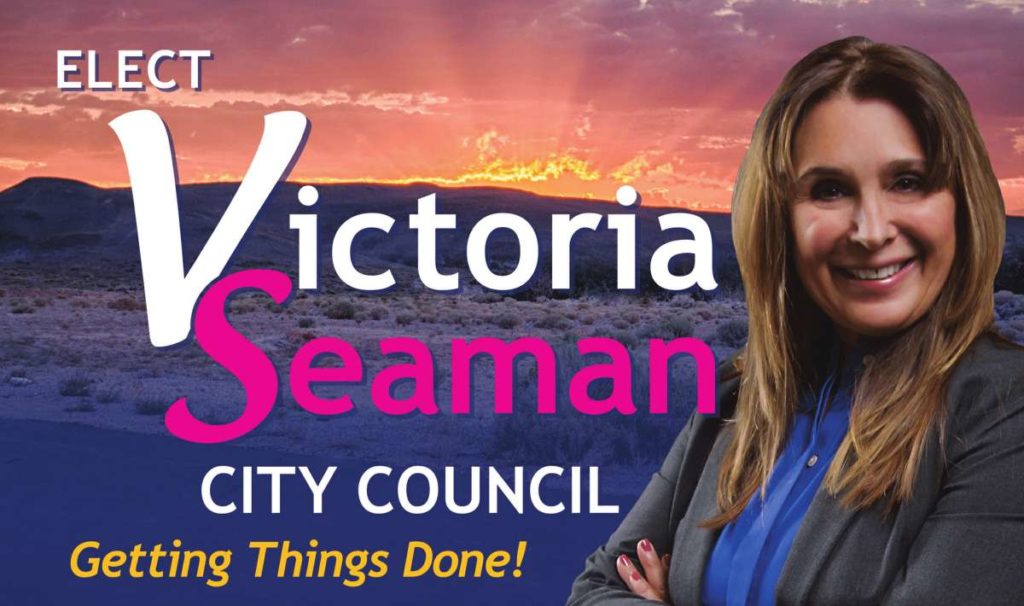 First, congratulations to Victoria Seaman on winning the Las Vegas City Council Ward 2 special election.  (Disclaimer: I was an adviser on the campaign)

Victoria got in the race early, ran hard and never stopped…especially after a hapless GOP state senate candidate, who blew a winnable race last November, parachuted into the Ward 2 contest at the last minute, hoping to be a spoiler.

Valerie Weber ran a pitifully lame and negative council campaign – including what came off looking like low-budget “hostage videos” – and got all of 16% of the vote.  Stick a fork in her; she’s done.

An interesting side note: Some in the media love to laud Culinary Union 226 and its associates for their supposed grassroots political power.

Well, they put everything they had into electing the leading Democrat in the race – career government employee Hilarie Grey – including an estimated $100,000 in negative TV ads against Seaman.

And they bombed.  Grey got less than a third of the vote.

More interesting, though, is the fact that Nevada’s “rogue” union, Laborers Union 872, backed Seaman – making 226 and the other eight unions that supported Grey look like paper tigers.

What makes this interesting is that the Woodbury name in Boulder City is pretty close to royalty.  The name alone scares off many challengers.  Not anymore.

And in North Las Vegas, Democrat City Councilman Richard Cherchio cruised to re-election with 60% of the vote.

What’s interesting here is the fact that this race was the only race pitting a lone Democrat against a lone Republican.  Yet the local GOP organization did virtually nothing to assist their Republican candidate – aside from some ineffective, last-minute robo-calls.

On the other hand, I understand the party has had some scintillating meetings over the last few months arguing over bylaws and Roberts Rules of Order and fighting with the state party organization and among themselves.

So they’ve got that going for them.

There was a major error of omission in yesterday’s Muth’s Truths (since corrected on my website) that only one reader in Reno picked up on (thanks, Jill!).

But it gives me an opportunity to expound a bit on a particularly noxious RINO (Republican in Name Only) who may well be the worst of the worst in the Nevada Legislature.

I’m told that at Leavitt’s first meeting with the Republican Assembly Caucus last November – just days after the election – the freshman strode into the room and blustered with animation that it was time for Republicans to stop opposing the Commerce Tax.

And it went downhill from there.

Leavitt is a liberal Republican of the first order and perhaps the biggest “useful idiot” in the caucus; voting regularly with the Democrats on issues opposed by conservatives.

He also earned himself quite a reputation as a Carson City “party boy” – and I’ll just leave that at that.

But the worst thing Leavitt did…

In the Republican primary last year, Leavitt faced a decorated, retired Metro police officer.  An officer who was once shot in the line of duty by a drug dealer, yet never wavered in his defense of the Second Amendment.

That’s about as low as you can get.  And that’s Glen Leavitt.

Conservatives, get somebody up in the bullpen.  This political cancer needs to be irradiated.