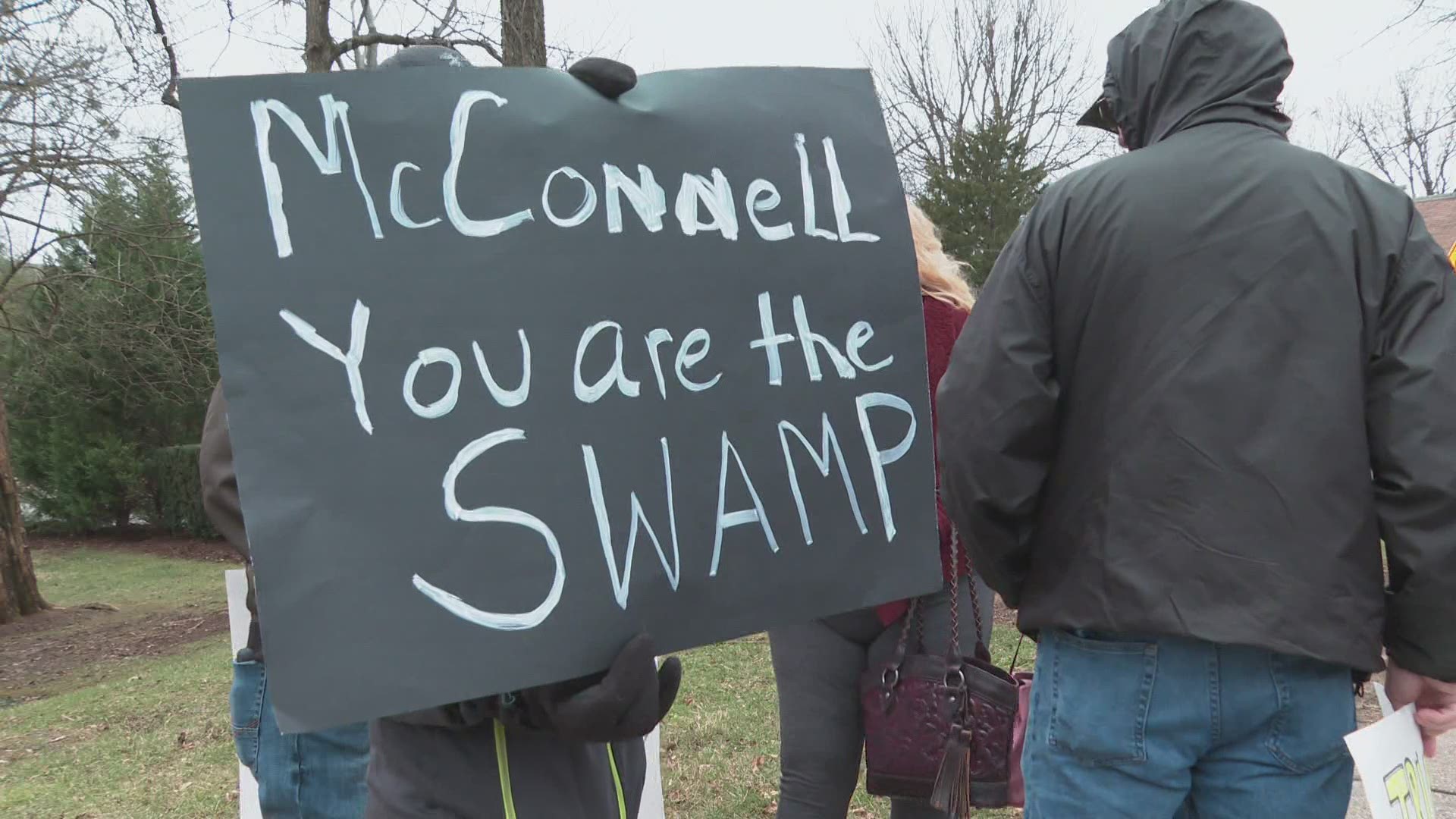 (Chuck Muth) – In response to my response to Republican U.S. Senate candidate Adam Laxalt/Demar Dahl’s full-page “Chuck Schumer” letter/ad in the Fallon Post, a number of readers have weighed in.  A sampling (names withheld to protect the innocent from retaliation) …

I remember the summer of ’94.  John Ensign was the new kid on the block.  No political experience whatsoever, but a lot of grassroots support among conservatives.  Personable, friendly and open to voters and volunteers working on his campaign.

He came out of nowhere to shockingly win his congressional race as part of the GOP’s takeover of the House, thanks to Newt Gingrich’s Contract with America.

Ensign then went to DC and started drinking the swamp water.  Became important.  One of the elites.  Special.  Entitled.  Almost too good for the “little people” who helped elect him.

Now here’s the problem with Laxalt: He has that attitude already even BEFORE getting elected.  Can you imagine what The Chosen One would be like afterwards?

The warning signs are already there.  Adam won’t become a swamp creature if elected because he already is a swamp creature.  Born and raised there.  Thoroughly enmeshed in the Culture of Privilege.  Expects support without earning it.  Already playing the inside-the-beltway games.  Pulling strings.

For example, a couple months ago a national reporter called me about Adam’s GOP primary challenge from Capt. Sam Brown.  Did an extensive interview.  But Adam got word of the story and allegedly used his DC connections and influence to get it spiked.  Never got published.

On the other hand, another swamp tactic is to have a dumpster diver dig up “dirt” on an opponent, feed it to a friendly reporter, and let the media outlet do a hit piece so you have “plausible deniability.”  It’s a standard DC parlor game.

Well, expect to see just such a hit piece from a national conservative publication with deep ties to the GOP establishment swamp to come out on Sam this week; with the attack being that Sam is a “career politician” because he once ran unsuccessfully for a state legislative seat in Texas a few years ago and that he’s a “carpet-bagger” because he moved to Nevada after finishing rehab for his war injuries in Dallas.

The article is also likely to parrot Team Laxalt’s claim that daring to challenge The Chosen One’s anointment in the GOP primary makes you disloyal to President Trump because the President – for a variety of political reasons – has endorsed Laxalt.

I hope they do.  Because that’s gonna REALLY tick off all the MAGA supporters in Nevada who are backing Sam. More on that later.

I’ve also received a number of reports from donors who tell me Adam’s warned them against contributing to Capt. Brown; advising in a not-so-subtle threat that “he’ll remember” once elected.

And because I’ve dared to suggest that maybe Adam’s not the strongest candidate for the GOP to put forward in next year’s general election, word has gotten back to me that various Trump surrogates – particularly Ric Grenell – are working feverishly behind-the-scenes to get me to shut up about all of this.

Never is to be heard a discouraging word when it comes to The Chosen One.

Good luck with that.

You see, a competitive primary is exactly where Republicans are supposed to hash out differences between candidates so voters can make an informed decision.  For example, on Friday Laxalt sent out another of his annoying fundraising emails which included the following…

“As Attorney General I stood up for Nevadans right to bear arms, I expanded our concealed carry rights, and sued liberals who tried to take our gun rights away.  And when the Democrats tried to pass red flag laws to limit our gun rights, I FOUGHT BACK.”

In fact, Laxalt SUPPORTED passage of a “red flag” law – which enables the government to strip you of your gun rights on suspicion, not conviction – in Nevada.  But don’t take my word for it.  Take his.

In a special “School Safety Report” Laxalt’s office issued back when he was Nevada’s attorney general, The Chosen One wrote the following…

“The Attorney General recommends that the Nevada Legislature study the impacts of red flag laws in other states, and possibly consider enacting similar laws in Nevada as early as the 2019 legislative session.”

Don’t you think this issue is important enough that Adam should have to explain it BEFORE voters go to the polls next June?

McConnell is clearly not a Trump supporter.  And the President sure has no love for McConnell.  In fact, in a statement released on Friday Trump slammed McConnell for caving into Schumer and the Dems by allowing the Debt Ceiling to be increased.

“Other than fundraising, where he buys senatorial support,” Trump wrote, “the Broken Old Crow (McConnell) is a loser and very bad for the Republican Party.”

The Broken Old Crow also, this week, reportedly engineered getting a Trump supporter yanked off funeral arrangements for Sen. Bob Dole because of his alleged involvement in the January 6 rally at the Capitol earlier this year.

Trump-supporting Republicans have pretty much had it with McConnell.  But Laxalt and his campaign are tied at the hip and bought off by Team Mitch and his consultants who are expected to lard up Laxalt’s fundraising.

So naturally, if elected, Laxalt would be a vote to keep McConnell in his leadership position – where he could seriously hurt Trump’s re-election chances in 2024 should he run. So much for “loyalty.”

Would Sam Brown vote to keep Trump’s nemesis in his leadership position?  I don’t know.  But isn’t that something the candidates should be talking to Republican voters about in Nevada?

No.  We Nevadans are expected to just accept The Chosen One who DC has anointed.  After all, the Grenellians of the swamp know what’s best for us, right?

If you’re backing Sam in the GOP primary, shoot me a short explanation I can publish for why you continue to support President Trump but not his endorsed candidate in this particular race.

Knowing how vindictive the Laxalt folks can be, if you’d prefer that your name not be published, I’ll keep you anonymous.

The Associated Press is reporting that on Friday “A Navy commander has been fired from his job as the executive officer of a warship because he refused to get a COVID-19 vaccine as required.”

Cmdr. Lucian Kins “was relieved of his duties as second in command of the USS Winston Churchill, a destroyer.”

“This is bad, folks. A major political forecasting group just downgraded Steve’s race to ‘TOSS UP.’ … To put it plainly, we didn’t expect to lose this much ground this fast. … Can you chip in to our $20,000 goal before the end of today to help Team Sisolak fight back and win re-election?” – Team Sisolak, 12/11/21

“When you’re willing to carry Trump’s Big Lie about widespread voter fraud before the public, anything is possible.” – Liberal blubber-blogger Jon Ralston

“Talking about ‘big lies’ – as clowns in propaganda media do – is a way to avoid dealing with the reality that for the sake of the country, we have to have free, fair, secure elections.” – Mollie Hemingway, author of “Rigged”