Politicians lie, but when it comes to the Tax Pledge the numbers don’t 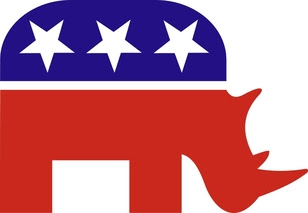 Liberals and RINOs (Republicans in Name Only) hate the Taxpayer Protection Pledge with, as Diane Chambers once put it on Cheers, “the white-hot intensity of a thousand suns.”  And there’s a very good reason for that…

In signing the Tax Pledge, a candidate promises the voters of his or her district that he or she will “oppose and vote against any and all efforts to increase taxes.”

And the reason for fiscal conservatives to oppose any and all efforts to increase taxes isn’t to oppose tax hikes for the sake of opposing tax hikes.  It’s to deny government additional funding to grow bigger.

Indeed, if your political philosophy is that of a limited government fiscal conservative, the best strategy for achieving that objective is to “starve the beast.”  It’s just that simple.

And the simple fact is those who sign the Pledge vote against tax and fee (taxes by another name) hikes FAR more often than those who don’t.  Rare is the case of an elected official – such as Republican Assembly Speaker-of-the-Weak John Hambrick– who completely disavows their promise to their voters and goes over to the “dark side.”

Citizen Outreach CEO Dan Burdish recently completed a study of the tax-hike votes by members of the Nevada State Assembly for the 2015 legislative session.  He identified 32 recorded votes on bills that increased taxes or fees.

And Hambrick voted for every last one of them.

Forget the Three Amigos.  These are the Three RINOs.

At the opposite end of the spectrum, three Republican Pledge signers had perfect no-new-taxes voting records: Assemblywoman Michele Fiore, Assemblyman John Moore and Assemblywoman Shelly Shelton.  The other six Pledge signers only rarely voted for a tax or fee hike, ranging from 2 transgressions to 9.

But not one of them voted for Gov. Brian Sandoval’s largest tax hike in Nevada history.

On the other hand, a number of self-described “conservative” Republicans who refused to sign the Tax Pledge literally voted like Democrats.

The best of the worst was Assemblyman David Gardner, who voted in favor of 22 of the 32 tax hikes, including the largest tax hike in history.  Assemblyman Chris Edwards voted for 26 tax hikes.  Assemblyman Erv Nelson voted for 27 of them.  Taxation Committee Chairman Derek Armstrong-Anderson and Assemblyman James “The Big Selloutski” Oscarson voted for higher taxes 29 out of 32 times.

The numbers don’t lie and the lesson is clear: If you don’t want your taxes to go up so the government blob can grow bigger, only vote for candidates who have signed the Taxpayer Protection Pledge.