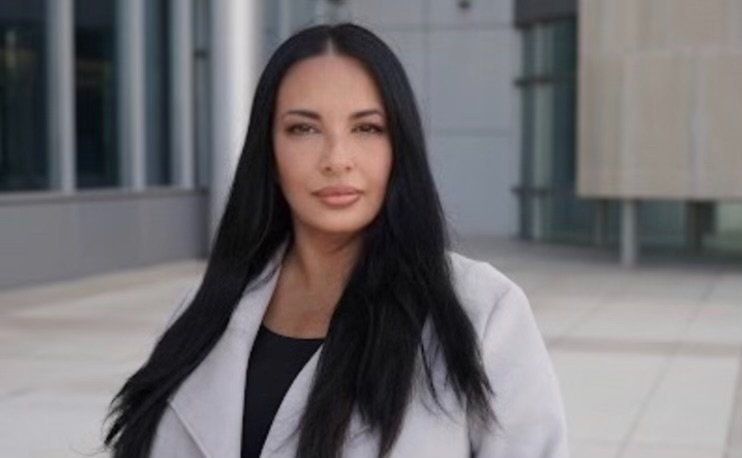 (Chuck Muth) – OK, let’s wrap up this three-part series and bring it home…

In Part I I recounted a number of examples in past elections over the years where establishment Republicans knee-capped conservative candidates to keep them out of office.

In Part II I detailed how and why the Republican establishment in Nevada is trying to shiv conservative attorney general candidate Sigal Chattah (disclaimer: a new client) this election cycle.

In this third and final part, we’ll take a look at who the establishment GOP has recruited to try and derail Sigal…

Right off the bat, let me just say I like Tish.  In fact, I supported her in her Clark County commission race in 2018 against Democrat Justin Jones.

Nice person.  But absolutely the wrong candidate for the GOP nomination for attorney general this year…that is, if you, like me, want a conservative FIGHTER in the “top cop” position.

When I heard rumblings a few weeks ago that Tish was considering jumping into the race against Sigal, I spoke to both her and her consultant and urged them not to do this.

They chose to do it anyway, so…game on.

In explaining their reasoning for jumping into this race at the last minute and forcing Sigal to spend money in the primary that she won’t be able to use in the general against Democrat incumbent/race-hustler Aaron Ford, they both gave me the same answer…

It’s the same excuse establishment Republicans all over the country use all the time when they want to block a conservative from getting the nomination for any given office, as I noted in Part I.

The claim is simply not true, but one has to ask this: If they really don’t think Sigal can win, why didn’t they jump into the race MONTHS ago?  Why wait until a couple weeks before the opening of filing?

Of course, they pointed to the left’s manufactured attack on Sigal supposedly being a “racist.” But, sorry Charlie, that dog won’t hunt (see Part II).  It’s a red herring.

The real problem they have with Sigal is that she’s a pit-bull conservative who doesn’t take crap off anybody (kinda reminds me of a certain recent President).

But let’s get back to the BS claim that Sigal can’t win.  Not true.  But for argument’s sake, let’s say it is.  But if that’s the case, why should anyone believe Tish can?

Again, she lost her race in 2018 by a substantial margin, 54-46%, despite raising almost a quarter-million dollars more than her opponent.  Not exactly a confidence builder.

Neither is her Johnny-come-lately act in finally joining the fight against Gov. Steve Sisolak’s abuse of “emergency” powers, or her foxhole conversion to being a “conservative.”  Here’s how a rather terse series of exchanges went between us on Twitter back on February 22…

TISH: “As a mom of three, I understand the importance of school choice. As a biz attorney, I know how important it is for legislation to support strong local economic growth. As a lifetime resident of #NV I know how crime can affect a community. You can #BetOnBlack to stand up for NV!”

ME: “Nice, but where have you been? Why didn’t you speak out against Gov. Sandoval when he refused to fund Education Savings Accounts during the special session to fund the stadium? It’s easy to talk the talk now that you’re running for AG, but it sounds hollow. Actions speak louder.”

TISH: “While I was running my own business the last 25 years – you’ve been a party leader and ‘political consultant’. What have you done to stop this nonsense in this state? Nothing. I’m going to provide new leadership for conservatives.”

ME: “Whoops. Sounds like I hit a nerve. Pretty thin skin.”

It’s interesting that she would claim she’s going to provide “new leadership for conservatives” when in her commission race she openly ran as a “political moderate.”

So by “new leadership,” I can only imagine she means she wants to lead Republicans back to the middle of the road where, as the saying goes, the only thing you find are a yellow stripes and dead armadillos.

Look, if you’re the kind of Republican voter who wants to be represented by someone who doesn’t stand strong on principle and will go-along-to-get-along and make deals with the powers-that-be in the Carson City swamp…Tish is your gal.

Hang on.  It’s even worse than that…

Campaign finance reports have revealed that over the years Tish maxed out contributions to Democrats such as Harry Reid, Catherine Cortez-Masto and…$30,000 (through her marijuana company) to Steve Sisolak! 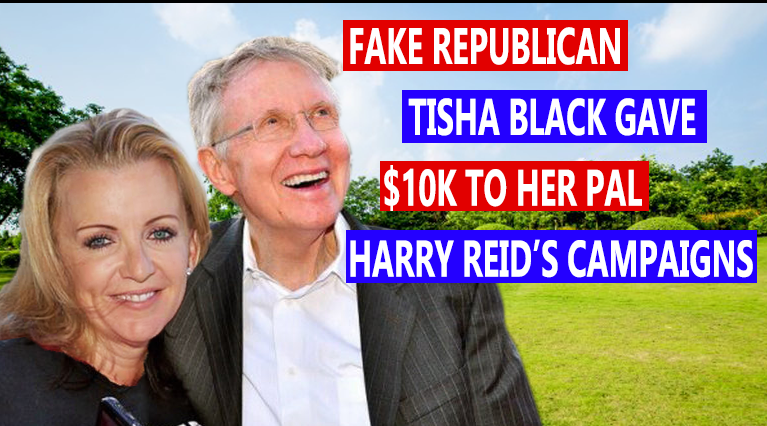 Oh, yeah.  I’m sure we can count on her to stand up to His Highness and his authoritarian mandates should he, God forbid, win re-election.

Truth is, Tish would likely be every bit the rubber stamp for the governor that Ford has been.

As for her claim that she’ll “stand up for Nevada,” um, again, where’s she been politically for the last two years under Sisolak’s “Reign of Error”?

And on her rather sparce campaign website, Tisha boasts of “Fighting Mandates” and “Defending Our Freedom.”  But yet again, where’s she been?  What has she DONE?

Talk is cheap.  And Tish has been AWOL on those issues when we needed it most.  But now we’re supposed to get down on our knees and thank our lucky stars that she’s finally going to get in the game?

On the other hand, Sigal’s been in the trenches slugging it out in court and actually fighting Sisolak’s mandates and defending our freedom in every corner of the state.  It’s not a hollow campaign “pledge.”  It’s been part of her LIFE.  She’s walked the walk.

And remember: Tish is a lawyer, just like Sigal.  She *could* have gotten in the game and gone to bat for us.  She just didn’t.  She was too busy “running my own business.”

As for what I’ve done…if I have to explain it to her, she’s clearly been missing in action and out of touch with what’s been going on.  I was fighting Sisolak LONG before it was “cool” (or politically convenient).

And on that note, I’ll wrap this series up (for now) and let communications strategist and conservative grassroots activist Caleb Hull have the last word…

“The politicians that you see complaining most about others ‘not doing anything’ are the ones actually doing nothing. They’re all talk for attention…” – Caleb Hull