Do You Know Someone Suffering From “Trump Unacceptance & Resistance Disorder” (TURD)?

Know the signs, spot the symptoms, and save a life.

TURD is a pattern of pathologically dissociative and psychotic behavior, first observed in the late hours of November 8th 2016, and increasing in severity with passing time.

People with TURD are characterized by a persistent unwillingness to accept that Donald Trump is going to Make America Great Again.

TURD is caused by the election of Donald Trump as President of the United States of America. For many, both in America and worldwide, this was a shocking and unexpected outcome; their preferred news sources having failed to inform them that the alternative candidate was a criminal parasite in such ill health she got chucked into the back of a van like a kidnap victim.

Research is ongoing, but TURD appears to correlate closely with the following environmental and behavioral factors:

Patients with TURD are very resistant to treatment, and dangerous in large groups. Any possibility of treatment requires that they be separated from their hive-mind support apparatus; they cannot begin the process of accepting reality in the presence of encouragement towards delusion and irrationality.

Separation may require the assistance of law enforcement.

If you have a friend or loved one suffering from TURD, urge them to seek treatment. Together we can beat this scourge, and Make America Great Again.

(Forwarded by a friend; author unknown)

P.S.  Thanks to everyone who e-signed our YUGE “Trump Card” wishing President Donald Trump the best of luck in making America great again.  The card is now being printed and will be hand-delivered by Inauguration Day on January 20th.

For those who contributed $25 or more to Citizen Outreach to get us off on the “right” foot in 2017, a full-color replica copy of the card will be sent to you as a collector’s item to mark this historical occasion.

However…there was a glitch.

Because donations were processed online by PayPal, a physical mailing address was not required.  For donations under $25 that wasn’t a problem. But if you donated $25 or more and neglected to check off box to provide us with your mailing address, we don’t know where to mail your card.

If you know you fall into that category, just shoot your name and snail-mail address to chuck@citizenoutreach.com and I’ll have it entered into our database for when the cards arrive. 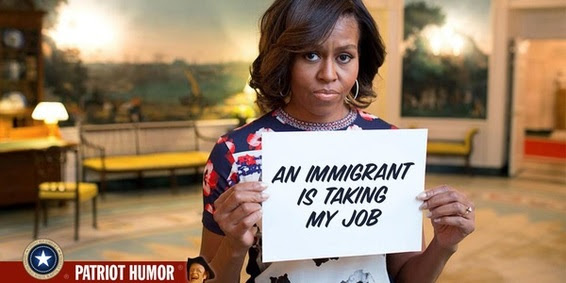 The new “REAL Chamber of Commerce” is hoping to do to the business association industry.

I recently heard about the REAL Chamber during my weekly interview on Kevin Wall’s “Live and Local” radio program.  The prime movers-and-shakers of the project are former Nevada State Assemblyman Brent Jones and retired business executive Jerry Littman.

And here in a nutshell is the rationale for establishing this new organization:

The Las Vegas/Metro Chamber of Commerce absolutely stinks on ice.

Its guiding philosophy is: “Go Along to Get Along.”  And its motto is: “Thank you, sir.  May I have another?”

The Chamber’s dereliction of duty has been going on for more than 20 years now and has hurt businesses statewide.  But its most shameful performance came during the last legislative session when it supported the largest tax increase in Nevada history.

A tax increase that not only permanently jacked up the sales tax and vehicle registration fees, but doubled the cost of a business license while increasing the Modified Business Tax.

That would be the same gross receipts tax that was slammed in a 2015 study by the Tax Foundation that the Chamber itself commissioned but ended up disowning and apologizing for after Gov. Brian Sandoval publicly attacked them over it.

Not exactly a profile in political courage.

And to add insult to injury, that tax hike also created a new “Nevada IRS” that every business in Nevada must now report to – even if they’re not subject to the tax itself!

Plus, almost every legislator the Chamber endorsed in 2014 voted for this monstrosity.

May as well call it the “Chamber of Commerce Tax.”

Anyway, that betrayal was enough to start a mass exodus of businesses from the Las Vegas Chamber.  And it was enough to cause Jones and Littman to start this alternative organization – which they promise will not compromise the interests of Nevada’s business community for legislative expediency.

A real business guard dog/pit bull has been needed in Nevada for a long time. And the REAL Chamber of Commerce may just be the disruption of the status quo the doctor ordered.

“With his cabinet nominations, (Donald) Trump assures a conservative turn in federal policy, arguably the greatest shift in direction since President Reagan broke the hold of New Deal-era philosophy on government operations in the 1980s.” – Chuck Abbott, Agriculture.com