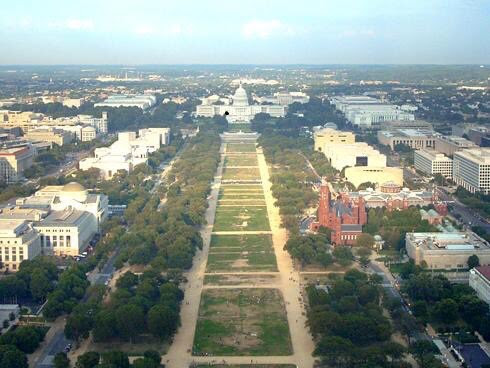 Over the weekend, the media – especially CNN – had a cow over the size of the crowd at Donald Trump’s inauguration.  The beef was over a pair of photographs allegedly showing that the crowd at Barack Obama’s in 2009 was bigger than the one at Trump’s.

The issue with “fake news” like this isn’t which crowd was bigger.  The issue is the relentless efforts by the liberal media to constantly undermine and trivialize the Trump presidency by taking his words and actions and twisting them to show the man in a negative light.

“There is an obsession by the media to delegitimize this president,” White House chief-of-staff Reince Priebus rightly declared on Sunday.  “And we are not going to sit around and let it happen.”

But what really had the liberal media’s knickers in a knot was White House Press Secretary Sean Spicer’s declaration on Saturday that “We’re going to hold the press accountable.”

No one’s really ever done that.  The press has been free to write and report whatever it wanted – true or not – without being called on it for decades. Well, it’s high time somebody finally called “bull$%&#” on them.

And speaking of lying, CNN itself got caught (again) over the weekend telling a major whopper.  On Thursday it tweeted:

“Nancy Sinatra is not happy Trump will use her father’s song (“My Way”) at #inauguration.”

To which Ms. Sinatra responded (since deleted)…

Because just as a bee stings and a dog bites, that’s what CNN does.

P.S.  Madonna at the Whiny Women’s March in DC: “I have thought an awful lot about blowing up the White House.”

I think the word “up” was inadvertently and mistakenly added to the sentence.

Now, it’s announced adding Heather Murren – former Obama administration appointee and wife of the head of the MGM gaming behemoth that dumped $250,000 into the publication’s restart – to its roster of opinion columnists.

This publication is proving to be about as “independent” as Hillary Clinton is truthful.

Nevada Families for Freedom will be conducting a workshop in Las Vegas teaching people simple ways to be effective citizen lobbyists from their own homes this Friday, January 27th at 6:30 pm at Herbally Grounded (Decatur & Charleston). A second workshop is scheduled in Pahrump on Saturday, January 28th at noon at the Nye County Republican Central Committee Headquarters, 3370 S. Hwy 160 Suite 7.

There is no cost but donations are welcome.  Nevada Families for Freedom is sponsoring the event in conjunction with twelve co-sponsors, including Citizen Outreach.  Janine Hansen, who will present the workshops in southern Nevada, has been a citizen lobbyist and activist at the Nevada Legislature every session since 1971 and has been there full-time since 1991.

“I want to take this opportunity to thank Nancy Pelosi.  Under her leadership, the House Democrats went from 257 seats in 2009 to 188 in 2016.  Keep up the good work.” – Sheryl Righellis, Las Vegas Review-Journal