I love Sling TV.  No cable, no satellite.  The only bummer is we get CNN instead of FOX.  But even that’s turned out to be OK after Donald Trump won the election in November.  It’s become Snowflake Central for all the liberals still in various stages of grief over Hillary Clinton getting her keister kicked in November.

And it was the source of immense entertainment yesterday after Trump took the network – and especially one of it obnoxious Sam Donaldson-wanna be reporters – to the woodshed at his press conference and gave them the verbal beating of their life.

Trump rightly declared, “You are fake news” – and refused to recognize and respond to Jim Acosta despite the self-entitled White House correspondent relentlessly and rudely shouting at the president-elect over and over and over again.

It was a thing of beauty to watch.  A total and complete on-air media meltdown.

No one has ever done this to CNN before.  But it serves them right for their over-the-top in-kind media contributions to Saint Hillary during the election and their on-going anti-Trump “fake news” bias.

In fact, if CNN had an editorial choice of cover one of two stories, either…

a.)  Donald Trump saw a homeless woman in Manhattan, picked her up in his limo, took her to lunch at Times Square, gave her a job and put her up in a suite at Trump Tower for a year while she got her life together, or…

b.)  The sister of a guy whose cousin has a friend whose grandmother claims she once saw Donald Trump walking a dog without a leash in Central Park in 1972…

CNN would be all over the dog story like white on rice.

But now Donald Trump is giving these clowns a taste of their own medicine. And I can only imagine how much fun this is going to be after the man is actually sworn in!

P.S.  Not only is the present under President Trump looking bright, but the future for Republicans ain’t looking too bad either.  Check out NewsMax’s “30 Most Influential Republicans Under 30” feature by clicking here.

We’re extremely proud to see 28-year-old author and Townhall.com columnist Katie Pavlich on the list.  Katie was recognized with our “Andrew Breitbart Award” at Citizen Outreach’s 2012 Conservative Leadership Conference in Las Vegas.  Very happy to see her getting the national recognition she deserves. 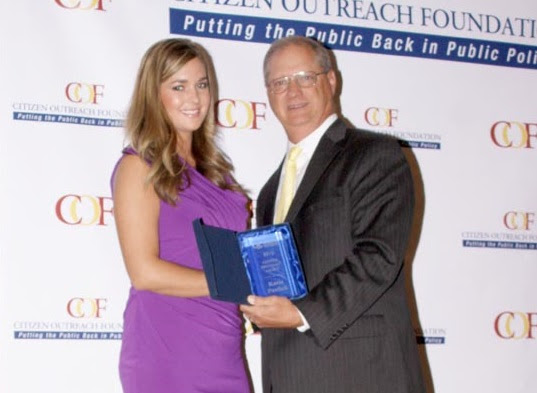 Why You Should Never Believe Anything the Teachers Union Says

(Chuck Muth) – The biggest problem in getting critically-needed education reform in this country is the public’s general inability to distinguish between the angelic classroom teacher and the evil teacher’s union.

At A.N. Pritzker Elementary School in Chicago, the school librarian was laid off at the start of this school year due to necessary budget cuts.  So parents volunteered to keep the library open.  Problem solved, right?  Wrong.

Michael Hendershot, a lawyer whose 6-year-old daughter goes to the school, reports that “a union representative appeared at a local school council meeting and informed parents that the union would not stand for parental volunteers in the library.”  As such, the volunteer project was immediately shut down and the library was closed.

Now keep that travesty in mind as we turn our attention to Mr. Ruben Murillo, the union boss of the Nevada teachers union.