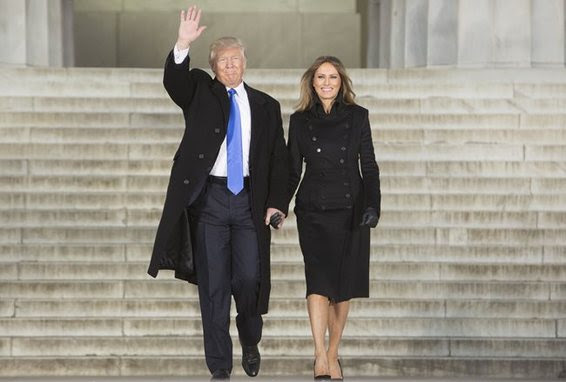 The Obama Error is OVER!  Happy days are here again.

And for all the liberal snowflakes and buttercups out there, here’s a very helpful piece of advice from conservative columnist Victor Joecks…

“Do you really want to decrease the importance of the president?  Have a kid.  A baby doesn’t care who the president is.  After a few days of changing dirty diapers and sleep deprivation from midnight feedings, you’ll care less, too.  I tried it (during the Obama administration).  It really works.”

Sound advice… although I’m not sure bringing even more whiny liberals into the world is the best thing for our republic.

P.S.  The mainstream media – led by “fake news” outlet CNN – has been peddling a pre-inauguration story that Donald Trump is coming into office with the lowest approval ratings of any previous president at around 44%.

What they’re not telling you is that they, themselves, have an approval rating with the public that’s even LOWER than Trump’s – 32%!

My money’s on The Donald.

In listening to Nevada Gov. Brian Sandoval’s final State of the State address, I was reminded of something Ronald Reagan once said:  “Government does not tax to get the money it needs; government always finds a need for the money it gets.”

And that’s exactly what the governor did with the estimated budget surplus of $500 million he’s been handed.  Worse, he not only spends every last dime of it, he proposes yet another new $70 million tax increase on top of the $1.4 billion tax increase – the largest in state history – he pushed through during the 2015 legislative session.

Where does it end?

According to a review of the governor’s proposed budget by the Las Vegas Review-Journal, Gov. Sandoval has added new money for new programs as if he was Santa Claus…

“I feel that way no matter who is president.  The CEO — which I am — should have the ability to pick people that help you run a place.  If they fail, then it’s your fault and you got to get somebody new.” – Warren Buffett, Hillary supporter and Berkshire Hathaway Inc. chairman and CEO