I remember vividly Donald Trump’s first CPAC (Conservative Political Action Conference) speech in 2011.  It was at the Wardman Park Marriott and Trump delivered a withering critique of the Obama administration.  Red meat for conservatives.  Attendees ate it up.

I remember thinking at the time: If this guy actually runs for president in 2012, he’ll do a lot better with conservatives than people think.

After the speech, I ran into him, his entourage and a media gaggle in the lobby.  That was the year CPAC banned a gay Republican organization – GOProud – from participating as an exhibitor.  I was a member of the group’s Board of Advisers at the time.  And Trump was heading upstairs to headline a fundraising event for the group.

So this notion that Trump is somehow hostile to the gay community is just plain absurd.  He was supportive of these folks long before it was cool… and four full years before the Supreme Court declared gay marriage legal across the land.

Which brings us to the President’s 2017 speech.  The “fake news” media – especially CNN – is once again having a cow.  Trump referred to them as the “Clinton News Network,” but I think it’s time to rename them the Crybaby News Network.

The criticism is that Trump has called ALL the media an “enemy of the people” and ALL news media “fake.”  And the crybabies continued that inaccurate criticism yesterday despite what the President SPECIFICALLY said in his remarks.

But don’t take my word for it; here, see for yourself…

“They’re very dishonest people. In fact, in covering my comments, the dishonest media did not explain that I called the fake news the enemy of the people — the fake news. They dropped off the word ‘fake’. And all of a sudden the story became the media is the enemy. They take the word ‘fake’ out. And now I’m saying, oh, no, this is no good. But that’s the way they are.

“So I’m not against the media, I’m not against the press. I don’t mind bad stories if I deserve them, and I tell you, I love good stories, but we won’t talk — I don’t get too many of them. But I am only against the fake news media or press. Fake. Fake. They have to leave that word (in). . . .

“There are some great reporters around.  They are talented and honest as the day is long; that is great. But there are some terrible, dishonest people that do a tremendous disservice to our country, and to our people.”

This is what we’re up against, folks.  These “fake news” reporters are, indeed, dishonest.  This is one of their standard, longtime tactics – not reporting on the FULL remarks.  They selectively edit quotes to suit their own purposes.  Like how they falsely claim conservatives oppose “immigration” without adding the keyword “illegal.”

Very dishonest.  And thank God we finally have a President willing to call them out for their dishonesty.

President Ronald Reagan spoke at CPAC before he was elected President.  In fact, that was the venue for his infamous “pale pastels” speech.

As noted above, Donald Trump also spoke at CPAC before he was elected president.

President Reagan then spoke at every single CPAC during his presidency – including, under extremely difficult circumstances after the Space Shuttle Challenger disaster, in 1986.

“The White House had announced that the president would be suspending public appearances for an indefinite period of time,” the American Conservative Union reports, “with the sole exception of CPAC.”

What a contrast to his successor, George H.W. Bush, who never spoke at CPAC during his four years in office.

Bush’s son, George W. Bush, ran in 2000 as the true conservative philosophical heir of Ronald Reagan.  Nevertheless, he then refused to speak at CPAC until the final year of his administration in 2008 – long after the damage was already done.

“And it really is an honor to be here. I wouldn’t miss a chance to talk to my friends. These are my friends. And we’ll see you again next year and the year after that. And I’ll be doing this with CPAC whenever I can, and I’ll make sure that we’re here a lot.”

I don’t think there’s a conservative anywhere on the planet who thinks Donald Trump is the conservative philosophical heir to Ronald Reagan.  But unlike the Bushes, he showed an awful lot of respect for conservatives by speaking at their largest annual gathering on the planet.

As the saying goes, 80 percent of success is showing up.

After a five-year hiatus, the Conservative Leadership Conference will return this September 15-16th at the Tropicana Resort in Las Vegas.  Details to come.

Also, don’t forget my “High Dollar Fundraising” workshop will be held in Carson City on Thursday, March 16 at 6:00 pm.  Again, details to follow.

Liberals and the mainstream media – but I repeat myself, repeat myself – are claiming the protests at GOP town hall meetings for members of Congress are “organic” and not fueled by paid protestors and agitators.  But an organization called “Demand Protest” is actually advertising itself as a band of political mercenaries.

Demand Protest claims it creates “convincing scenes… when you need the appearance of outrage.”  It boasts that its “trained operatives can lead entire crowds or simply steer events in your favor.”  And the organization keeps their clients secret so that “all actions will appear genuine to the media and public observers.”

“As a Demand Protest operative you will receive a monthly retainer of $2,500 on top of our standard per-event pay of $50/hr, as long as you participate in at least 6 events a year. We are extremely flexible and can work with almost any existing work schedule. Full-time operatives receive health, vision and dental insurance for families, flexible vacations, and paid trainings. Travel expenses are always paid.  All operatives have access to our 24/7 phone help desk in addition to in-person support at events.”

And NewsMax has discovered another similar operation that may or may not be affiliated with Demand Protest.  It’s even obtained a copy of their training manual.  You can read all about it by clicking here.

So when you hear or read “fake news” reports that the disruptions at town hall and other meetings are “just like the tea party movement,” don’t believe it for a second.  These people are nothing but paid political prostitutes. 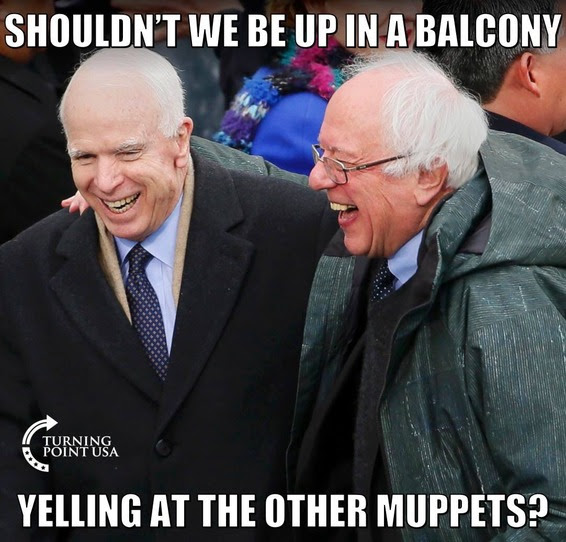 Now, this is interesting.

Bella Fiore Wines – a boutique restaurant in Carson City directly across the street from the Nevada Legislature that I’ve patronized on numerous occasions – advertises on its door that it “Reserves the right to refuse service to anyone.”

A standard disclaimer used by lots of privately-owned retail establishments. But Bella Fiore takes it a step further by specifically barring members of the media…

This, of course, has the media in an uproar from atop their collective high-horses.

“It’s time for all Americans to get off welfare and get back to work.  You’re gonna love it!” – President Donald Trump at CPAC ‘17

“However, for all the great beginnings members of President Trump’s team reported to the thousands of conservatives assembled at CPAC something was missing. What was missing was a steady parade of allegedly conservative Republican congressional leaders promising to partner with and support President Trump and his administration in pursuing these conservative policy goals.

“Indeed, the Capitol Hill leadership of the Republican Party, allegedly the political home of President Trump’s conservative–populist coalition was entirely absent from CPAC this year.

“In his book TAKEOVER, CHQ Chairman Richard Viguerie made the point that the first and most troublesome impediment to governing America according to conservative principles isn’t the Democrats and liberals, it is the Republican establishment, and nothing demonstrates the importance of that truth more than the failure of the Republican congressional leadership to attend CPAC and commit to supporting President Trump’s conservative agenda.” – ConservativeHQ, 2/24/17