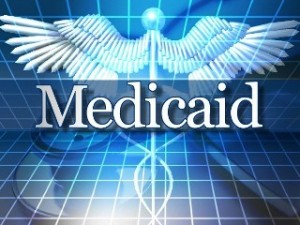 In a troubling opinion column on Monday headlined, “Medicaid Expansion Is Proving to Be a Bad Bargain for States,” Evelyn Everton and Chris Hudson of Americans for Prosperity note that 30 states accepted what were “essentially bribes” in order to expand their Medicaid programs.

“Advocates in Washington of the Affordable Care Act have been fighting tooth and nail to preserve the president’s signature health-care law,” the pair writes in a guest column published Monday in the Wall Street Journal, “and they’re fighting even harder to expand it in the states.”

“Conservative lawmakers in our home states of Utah and Florida recently defeated a combined three proposals to expand Medicaid under ObamaCare. They were absolutely right to do so, as the fiscal messes in states that did expand Medicaid demonstrate.”

Everton and Hudson note that enrollments for the expanded programs have greatly exceeded projections and “blown holes in state budgets.”

Who in Nevada didn’t see that coming?

I mean other than Gov. Brian Sandoval, who was foolish enough to fall for it.

And the foolish state legislators who supported him on it.