(Chuck Muth) – As usual, I’ll be casting my ballot tomorrow, on ELECTION DAY.  And don’t forget to check out our live election night coverage on Grabet.TV.  Details in ad at the end of this Muth’s Truths.

1.)  I changed my recommendation for Clark County Assessor today.  Something I read a couple weeks ago didn’t sit right with me for the GOP candidate, Helen Oseguera.  But in response to an inquiry by a Muth’s Truths reader this morning, I took a second look and now recommend “Mrs. OS.”

THIS is why I wait until Election Day to vote.

Here’s an old saying about politics: No permanent friends; no permanent enemies.  And truth be told, Mr. Beers and I had a serious disagreement over an issue some ten years ago.  We agreed to disagree and have both moved on.

And I STRONGLY recommend his election.

Allen is being backed by all manner of left-wing and union interests and has used an old column I wrote about my disagreement with Bob on ONE ISSUE and has mailed it out to voters trying to drive a wedge between Bob and I.

Nice try.  Don’t be fooled.  Allen-Palenske – now using the last name of her new husband who she has not stabbed (yet) – is a liberal she-wolf in sheep’s’ clothing.  Keep her out of office! 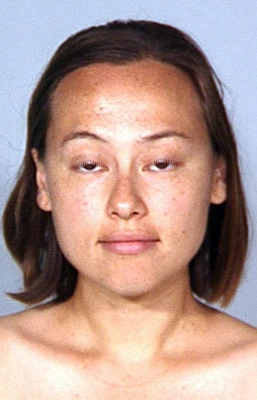 3.)  In State Assembly District 35 (Clark County), Republican Tiffany Jones has a shot – if the predicted “red wave” hits – to wrest this seat from the Democrat incumbent.

While I have reservations about Ms. Jones – she’s pretty much kept me at arm’s length on the advice of her consultants and has not signed the Taxpayer Protection Pledge – she’d be an additional GOP vote in the Assembly.  And majorities get to lead.

So I recommend a vote for her over the Democrat incumbent.

Complicating matters in this race, there’s a bizarre crackpot named Mindy Robinson who left the GOP and is running as a Libertarian after ditching her initial plan to run for Congress again as an independent (she got crushed two years ago in the GOP primary).

I don’t think she even knows what being a libertarian means.  I think she thinks it’s a woman who checks out books in a library.  And true to nutjob form, Mindy recently mailed out a hit piece against Jones that’s over the top even for her.

Don’t throw away your vote for an unhinged big mouth whose wheel is turning but the hamster’s dead.  Give the GOP the additional seat it desperately needs. Vote Tiffany Jones…and then keep a close eye on her.

Mindy Robinson on a good day

State and country going in the wrong direction?  Remember this before casting your ballot tomorrow…

If you want to change direction, you need to change who’s in charge. And as Rep. Lauren Boebert (R-CO) put it, “A vote for ANY Democrat is a vote for more failure.”

My personal ballot recommendations – always subject to change right up to Election Day – can be found by clicking here.