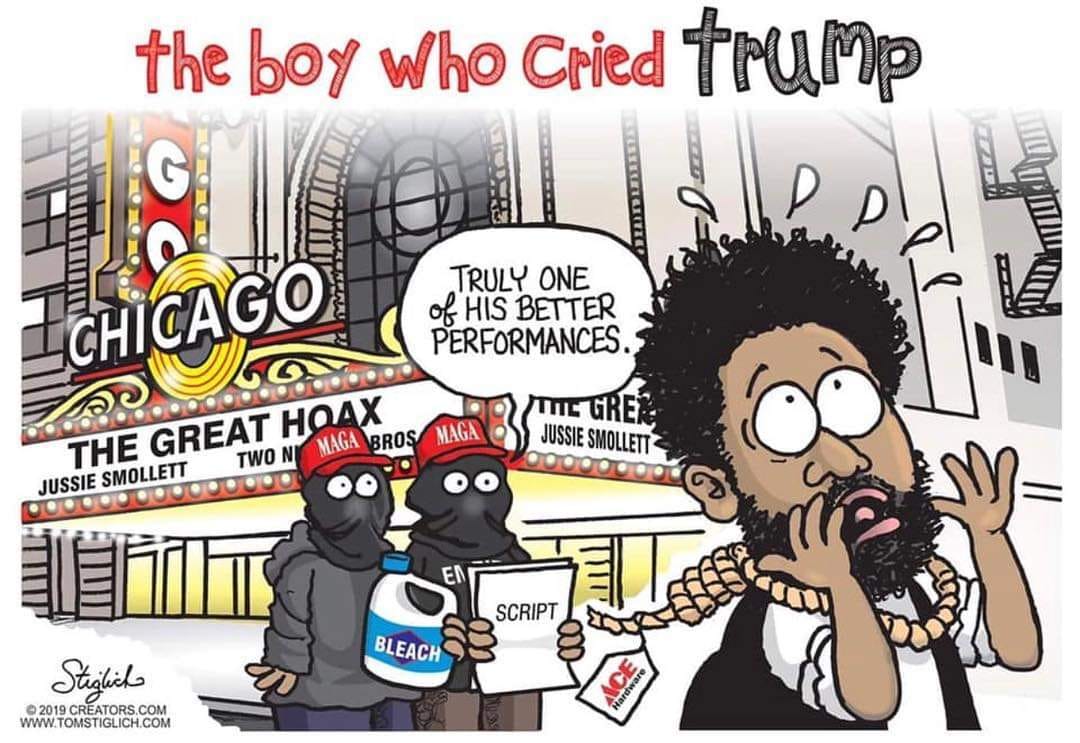 (Chuck Muth) – Racial arsonist Jussie Smollett testified on Monday in his trial over the hoax he perpetrated on our country and the smear he alleged against President Donald Trump’s “Make America Great Again” (MAGA) supporters two years ago.

“Juicy” – a black, gay actor almost no one had ever heard of before – claimed he left his Chicago apartment at 2:00 am to get a sandwich from Subway.  On the way, he told the cops, two white men yelled racial and homophobic slurs at him, threw a noose around his neck, doused him in bleach and shouted “MAGA country.”

But then we learned it was all a crock.

Turns out Juicy hired two black guys from Nigeria to stage the “attack.”  And rather than admit what he’d clearly got caught doing, Juicy testified Monday that “there was no hoax.”

Juicy also refused to turn over his cell phone, clearly trying to hide something.  His excuse?  “I am a black man in America.  I do not trust the police.”

But the rest of America is supposed to trust HIM and take his word for it?  I don’t think so.

Now, I know it could never happen.  But what I would have LOVED to have seen was for the prosecution to call comedian Dave Chappelle to the stand.  And then have him re-enact his “Justice for Juicy” riff for the jury.  Case closed.

Now, if you haven’t seen Chappelle’s take-down of Juicy, it’s absolutely hilarious.  I almost busted a gut watching it.  And I guarantee it’s as funny today as it was when it first aired.  Watch it here. 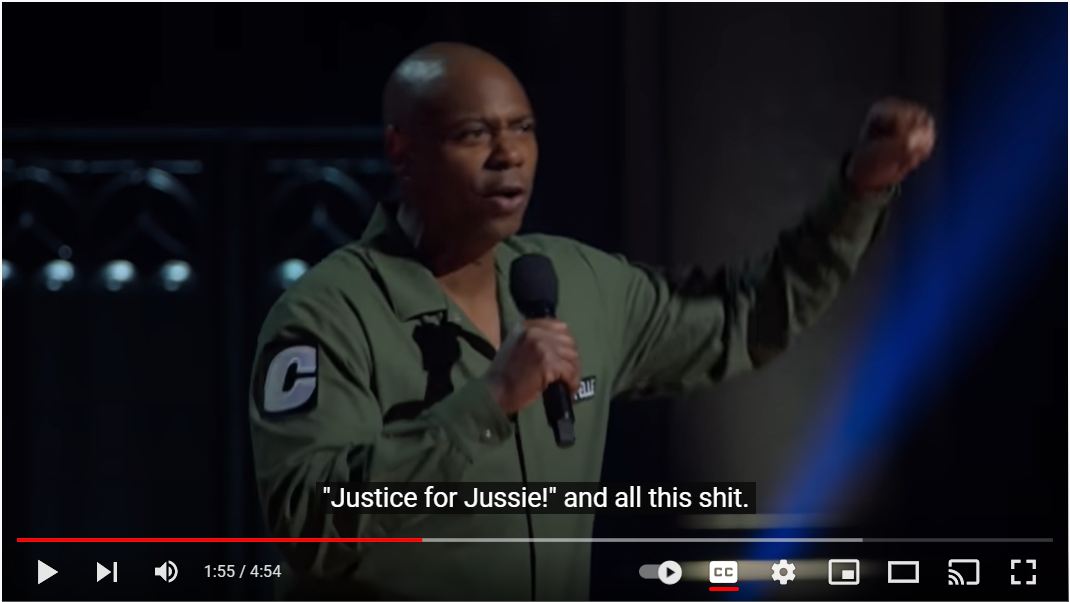 Juicy is a race-baiting/homo-baiting/Trump-hating liar.  He refused to admit what he did once he was caught.  And to this day continues to deny it, even under oath.  I hope they throw the book at him.

But we all know they won’t.  He’ll get a slap on the wrist, some community service and a book deal.  And Hollywood will probably give him some kind of “best actor” award.  Welcome to Joe Biden’s America.

* Wish I had more information on the plight of Brittany Sheehan – the mom who was busted and thrown in the Clark County jail last week for legally signing her daughter out of school in California (click here if you missed the story) – but all I’ve heard is that she’s now represented by attorney Ozzie Fumo and was released yesterday on $20,000 bail.

I’ll keep you posted as I learn more.

In other words, what Sisolak’s been doing with his abuse of “emergency” powers hasn’t worked and still isn’t.  But this guy’s gonna keep doing what he’s always done and we’ll keep getting what we’ve always gotten.  At least until next November when voters will kick him out of office.

* Resident Joe Biden yesterday announced a proposal to lower drug costs.  It’s basically the same thing President Donald Trump proposed when he was in the White House.  But Democrats blocked it so Trump wouldn’t get credit as part of their election-rigging operation.

Kemp’s people are blaming Perdue for losing his seat and giving Democrats the majority in a special election last January.  But Perdue’s peeps remind everyone that Kemp was in charge of the fatally flawed 2020 election that likely cost Trump the state.

And they rightfully point out there’s no way in Hades that Trump’s MAGA supporters are gonna come out and back Kemp, even against race-hustler Democrat candidate Stacey Abrams in the general election.

* Nevada Senate District 20 (Clark County) is currently represented by RINO Sen. Joe Hardy. That district has since been rolled into the Senate District of RINO Sen. Keith Pickard. Prior to redistricting, RINO Assemblyman Glenn Leavitt announced his intent to run for Hardy’s seat.  Now he’s having second thoughts.

In addition, conservative GOP Assemblywoman Annie Black is also in the district; however, word on the street is she’s planning to run for Congress instead.  If so, expect some other conservative to jump in this race against Pickard and/or Leavitt.

“One of the worst lessons we learned from COVID-19 is to trust almost no one, including, at times, both the World Health Organization (WHO) and the Centers for Disease Control (CDC).  The recognition that all kinds of politics have figured into what we think of as ‘science’ makes figuring out who to trust as hard as figuring out what’s really going on.” – Democrat political activist Susan Estrich