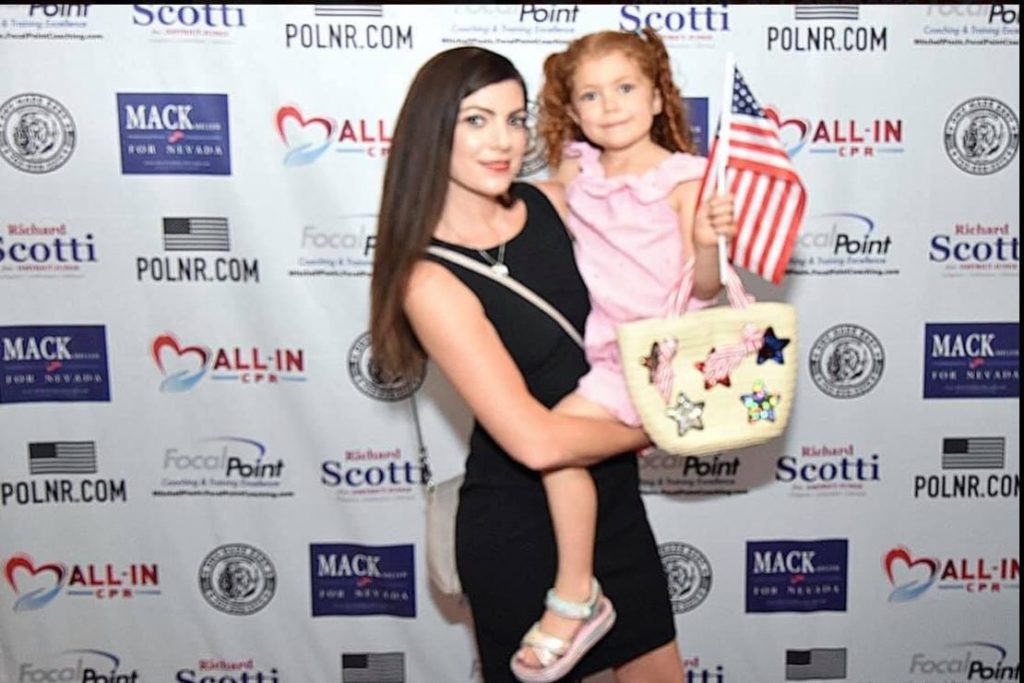 First, to put this outrageous story in proper context, consider that the Waukesha mass murderer who drove his SUV through a Christmas parade two weeks ago and had a 50-page rap sheet – including violent crimes – was out on just $1,000 bail.

Now, on to Brittany…

According to a detailed report on November 24 by Jennifer Van Laar of RedState.org, a “California School Presses Kidnapping, Burglary Charges Against a Mom Who Legally Signed Her Child Out of School.”

No, no…hang on.  It’s actually worse than that.

Brittany, who lives in Las Vegas, has full parental rights for her 6-year-old daughter – referred to in the report as “T.”

The father, Justin Manty, lives in California and has an extensive criminal record, including a felony drug offense, a felony fugitive warrant and a history of domestic violence.

“A review of court records,” Van Laar writes, “shows that Sheehan had filed for two domestic violence restraining orders in 2016, and she has provided multiple photos demonstrating abuse.”

Brittany was worried last spring that if she let her daughter visit with the father in California over the summer that the father wouldn’t send her back.  So the two signed a sworn agreement on May 24, 2021 stipulating that the father would not only return the girl to Las Vegas for school in the fall, but would pay for the private school tuition as part of his legal support obligations.

Nevertheless, and confirming Brittany’s worst fears, Manty informed Brittany in early August “that he had no intention of returning their daughter” to Las Vegas for school.  Brittany, in return, “filed a custody case in Nevada asking for T’s return.”

Over a month later, Manty filed a similar custody case in California and enrolled T at Hillside Elementary in Madera – about 30 miles northwest of Fresno.

On October 8, 2021, at the request of the school, Brittany emailed “legal documentation” along with a copy of her Nevada driver’s license verifying that she was T’s mom.

Through September and October, as the legal process grinded on, Brittany became increasingly concerned about her daughter’s physical and mental well-being.  “By early November,” Van Laar writes, “Sheehan believed T wasn’t safe with Manty any longer.”

So on November 4, she went to Hillside to get her daughter.

“I was concerned enough,” Brittany told Van Laar, “that I went to my daughter’s school to pick her up.  I’m under no order.  I have full parental rights.  I exercised those rights in her protection.”

But even though the school officials knew who she was, knew she was the custodial mother and verified her photo ID, they didn’t bring T to the office.  Instead, they called the cops.

Realizing the school superintendent was trying to hide T from her, Brittany went directly to the child’s classroom.

Brittany and T returned to Nevada and texted Manty that they were home and safe.

So on November 8, Brittany “obtained a restraining order prohibiting Manty from contacting either her or T, and full temporary custody of T with no visitation with Manty allowed.”

However, the Madera County sheriff’s office somehow persuaded Nevada authorities that the custody case had been dissolved (it wasn’t) and reported the child “missing” despite the fact that they knew the child was with her mother who had full, legal custody rights.

Nevertheless, they issued three felony warrants for Brittany, including kidnapping, even though, as Brittany notes, “it is impossible to kidnap your own child that you have a right to travel with.”

In any event, Manty contested the restraining order and Brittany showed up at court in Las Vegas for the hearing to determine jurisdiction on Wednesday.

She was arrested on the spot and is being held in jail until a hearing on Monday at which, according to Van Laar, the District Attorney’s office will ask for $100,000 bail!

Are you freaking kidding me?

Remember, the Christmas Parade mass murderer was a career, violent criminal out on just $1,000 bail despite having jumped bail previously.

Brittany is the legal, custodial mother with no criminal record I’m aware of who was trying to protect her daughter from a convicted felon who refused to return the child from a summer visit and who beat the crap out of Brittany while she was pregnant with T.

She’s certainly no threat to the community.  And she’s certainly not a flight risk.  I mean, come on. She showed up in person for the court hearing where she was arrested on these bullschitt charges.  And where would she flee to?  Back to California?  Puh-lease.

Brittany should have been released immediately on her own recognizance.  But she wasn’t.  She’s being held without bail through the weekend and it’s quite possible the judge on Monday will deny bail entirely.

Which means this domestic violence survivor and young mother of a 6-year-old daughter, who she had legal custody of, could remain behind bars for weeks, or even months, while our dumbass legal system tries to work it all out.

It’s outrageous.  But if you’re not p*ssed off enough already, consider this…

Former Las Vegas Raider Henry Ruggs recently killed 23-year-old Tina Tintor when he drove drunk at 156 mph into the back of her car.  She and her dog were burned alive.

This is more than an absolute injustice.  In fact, it’s a disgrace.

“If you can live amid injustice without anger, you are immoral as well as unjust.” – Thomas Aquinas