If Conservatives Want REAL Change in the Nevada Legislature… 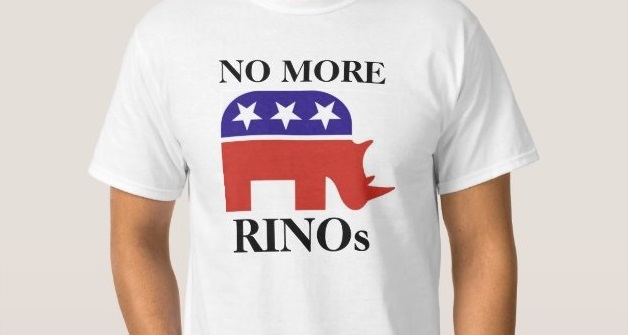 (Chuck Muth) – In Nevada Assembly District 23 (Clark), the incumbent is “Republican” Glen Leavitt who, among other things, opposes ongoing efforts to repeal ex-Gov. Brian Sandoval’s anti-business “Commerce Tax” that mirrors the gross receipts tax overwhelmingly rejected by voters at the ballot box in 2014.

One of the other big problems with Leavitt is that he’s a double-dipper who’s been included in a “separation of powers” lawsuit by the conservative Nevada Policy Research Institute (NPRI) think-tank to stop government employees from serving in the Legislature.

But if you’re a conservative first and Republican second, there’s another credible alternative: Bill Hoge of the Independent American Party (IAP), who back in the 1990s served as a rock-solid conservative in the California Legislature.

Indeed, Mr. Hoge has signed the Taxpayer Protection Pledge promising to oppose and vote against any and all efforts to increase taxes.

Leavitt has refused to sign it.  Why do you think that is?

As we painfully learned in 1995 – after Newt Gingrich’s GOP takeover of Congress in the 1994 election – having a Republican majority isn’t the same as having a conservative majority.

I will be the first to admit, I’m no number-cruncher.  Math is decidedly not my strong suit – though in my defense, I did go to publik skool for several years.

But in looking at some numbers posted on the Nevada Secretary of State’s website, I have some questions…

Doesn’t seem to make sense.  With some 30,000 more mail-in ballots received in Clark, you’d think their number of questionable signatures would be significantly higher than Washoe.

Maybe the signature forgers are more talented and experienced in Clark?

Again, maybe there’s a simple explanation.  Maybe there’s just something about the numbers or the process I just don’t understand.  Maybe someone in the media will look into this?

A number of business owners have asked how to access their accounts with the Nevada Department of Employment, Training and Rehabilitation (DETR) website to check on the status of unemployment claims and make sure no one is committing fraud under their company’s name.

Here’s what one employer sent me (hope it helps!)…

ONCE IN THE DETR PORTAL AS AN EMPLOYER

TO FIND THE QUARTERLY CHARGE REPORT IF IT HAS BEEN SENT

* Join me for a post-election debriefing on Tuesday, November 10.  I’ll be holding court as the featured speaker at the Nevada Republican Club’s monthly luncheon starting at 11:00 am at the Ahern Hotel in Las Vegas.  MUST pre-purchase tickets.  Click here

Apparently, the Clark County GOP, under the mismanagement of Chairman David Sadsack, can’t even mail out its own slate card.

* Speaking of Chairman Sadsack: Despite being the head of the largest county party in the state, and despite the state GOP recently holding a critical meeting in Virginia City just a month before Election Day, Sadsack was AWOL.

Why aren’t Central Committee members demanding his resignation…if not his head on a pike?

“President Trump has been censored by Facebook and Twitter 65 times since May 2018, while Democratic presidential nominee Joe Biden has gone completely unchecked by the social media giants, according to a new study by the Media Research Center.” – FOX News, 10/19/20