I Love the Smell of Fossil Fuels in the Morning! 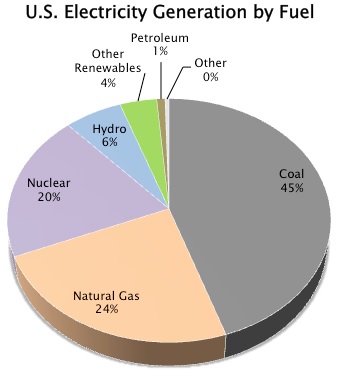 Indeed, the ONLY dependable sources of cheap energy remain oil, natural gas and coal.  Yet all we hear are Chicken Little environmentalists screaming about global warming – oh, excuse me, “climate change” – while tax-addicted politicians in Washington are floating energy tax hike trial balloons.

Make no mistake; the cost of energy in Nevada will surely skyrocket if Congress tries to reform our insane tax code on the back of the fossil fuel industry.

Can you imagine sleeping at night if there was no affordable electricity to power our air conditioners and swamp coolers?

Or tourists taking horse-drawn carriages to and from Vegas or Reno instead of a petro-fueled planes, trains and automobiles?

Those of us in Nevada know how sky-high the ol’ electric bill can go thanks to the scorching summer heat.  But can you imagine how high those bills would be if all of us were forced to pay the higher costs for solar power?

Not to mention the fact that solar can’t provide any of us with enough electricity to recharge an iPhone at night when the sun don’t shine, let alone an air conditioner!

“The only way for solar and wind to be truly useful, reliable sources of energy would be to combine them with some form of extremely inexpensive mass-storage system,” Epstein writes.  “No such mass storage system exists…(w)hich is why, in the entire world there is not one real or proposed independent, freestanding solar or wind power plant.”

For that reason, Epstein argues that wind and solar are not so much power sources as power “parasites that require a host.”

The cost of abundant, on-demand energy that makes the Nevada desert not only habitable for human beings, but desirable is high enough already.  The last thing Nevadans need are higher taxes on the very fossil fuels that make life here so livable and driving to Nevada from California in the summer so bearable.

Thank goodness for fossil fuels.  Because life in the desert would be h-e-double-hockey-sticks without them. Literally.

And as for raising taxes on affordable energy, Congress should just chill.