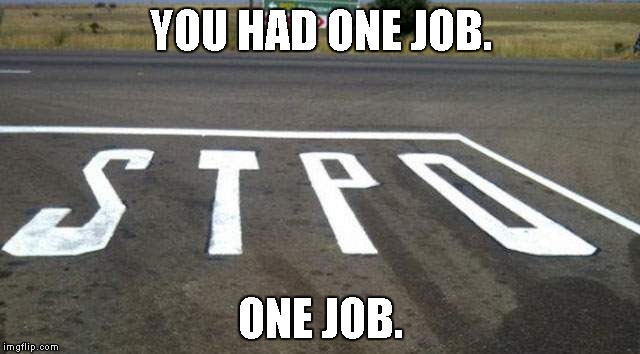 (Chuck Muth) – On Wednesday morning I wrote a post-election column in which I referenced the North Las Vegas City Council Ward 4 race where the Republican candidate was crushed by the Democrat candidate, 60-40%.

In it I noted that the “local GOP organization did virtually nothing to assist their Republican candidate (Pete Shields) – aside from some ineffective, last-minute robo-calls.”

The local GOP organization is the Clark County Republican Party (CCRP).  And that evening, before speaking to the Las Vegas Republican Townhall group at Lakeside Charlie’s, I was confronted by the relatively new CCRP chairman, David Sajdack, who wanted to “set the record straight.”

He informed me that the party didn’t just do a robo-call, but had mailed out a get-out-the-vote (GOTV) postcard and the party spent $2,200.  This, I was informed, was more than the party had done for a candidate in the last five years.

To start let me say I have nothing against Chairman Sajdack.  Have only met him a couple of times.  And, as a former party chairman myself I have strong empathy for the position he’s in.  It’s a totally thankless job that pays absolutely nothing for the aggravation.

That said, don’t whiz down my leg and tell me it’s raining.

Even if it’s true that that $2,200 investment was the largest done for a candidate over the past five years…so what?  If it was ineffective or only a FRACTION of what they could have/should have done…it’s still a failure.

And let’s make sure we frame the numbers correctly.

There were off-year elections this spring in Las Vegas, North Las Vegas, Henderson and Boulder City.  But that NLV Ward 4 race was the only – THE ONLY – race pitting one Democrat vs. one Republican.

As such, it was a “broken arrow” race.

In military terms, “broken arrow” means an “American unit has been overrun” and HQ “calls in every combat aircraft for support.”

And since this was the only one-on-one, R vs. D race in the entire county, EVERY political resource from the local party should have been poured into NLV Ward 4; if for no other reason than to practice its ground game leading into the 2020 elections.

Think of it as a pre-season game.

Every precinct captain and precinct worker – both inside and outside NLV – should have been activated and deployed in this race for the entire two months between the April primary and the June 11 general election.

Instead, the party did one robo-call…and mailed one GOTV postcard.  Big whoop.

And although I’ve not seen the postcard or heard the robo-call, I’ll bet dollars to doughnuts both sucked.  After all, overall GOP turnout was just over 10 percent.

Now, in Chairman Sajdack’s defense, he’s so new to the “biz” that he probably still doesn’t know what he’s doing and has been sidetracked fending off all the personality conflicts and intra-party squabbles inherent in this historically dysfunctional organization.

Been there; done that.  Heck, when I was elected party chairman back in 1995, I didn’t know squat either.  But at least I knew what I didn’t know and decided to learn it.  And I’ve been teaching what I’ve learned for over 20 years now.

Including, since January, a monthly, three-hour “Campaign Boot Camp” in Las Vegas – which Chairman Sajdack has never attended.  Nor has he ever picked up the phone and said, “Hey, as a former party chairman and professional campaign trainer, what do you think I should do about (insert topic here)?”

As another former Republican Party chairman from the 1970’s, Bill Laub, used to tell me, “You can lead a horse to water, but you can’t make him do the backstroke in your swimming pool.”

SIDE NOTE:  I miss Bill and his wit.  His advice and counsel when I was a party chair were invaluable.  And if interested, click here to read about another controversy that never seems to go away – GOP leaders endorsing Democrats (remember “Republicans for Reid” in 2010?) – involving Bill and the grandfather/politician of a guy who recently killed someone in a drunk driving accident in a wealthy Las Vegas gated community.

But I digress.  Let’s get back to the NLV Ward 4 race…

Obviously in response to my criticism of the CCRP’s lack of serious involvement in Mr. Shields’ race, his campaign manager took to Facebook (no, I don’t “do” Facebook; someone forwarded it to me) to defend the party from my criticism…

“I wanted to take a moment to send a huge Shout-Out to the Clark County Republican Party for all the help and support on the Pete Shields Ward 4 race for City Council,” wrote Lisa Mayo DeRiso.  “In the General they paid for a GOTV Mailer, sent to Republican voters, and a robo call.”

In this case, staying out of it would have probably been better than wading in with that huge shout-out.  Here’s why…

Put aside my criticism of the party for not doing more than what it did or could have done.  The fact is, Mr. Shields was a first-time candidate who hired DeRiso to manage his race.  And she blew it.

I’ve said it before and I’ll say it again: More races are lost; not because of bad candidates, but bad campaigns.  And this NLV Ward 4 race is a perfect example.  Let’s look at the numbers…

Yes, the Democrat, Richard Cherchio, beat Mr. Shields 60-40%, which is a landslide in politics.  But look at the RAW numbers.

Now, depending on the size of the electorate, 635 could be either a large amount or a small amount.  So let’s take a look…

According to the registration figures provided by the Clark County Election Department, there were 33,337 active registered voters in NLV Ward 4.

Meaning 30,174 registered voters did NOT vote in this race.  Making 635 a drop in the proverbial bucket.

If so, guess how many registered Republicans didn’t vote in this election?

That, ladies and gentlemen, is an EPIC FAIL – not by the candidate, but by the campaign.

Sure, the CCRP could have/should have done more.  But in the end the campaign manager, not the party, is responsible for the campaign.  And this one was blown.  Big time.

What should they have done differently?

That’s how many voters voted via “absentee ballot.”

Look, it’s not like it’s some kind of big state secret that voters tend not to go to the polls in big numbers in municipal elections.  Turnout is historically tiny and everybody purporting to be a professional campaign manager or consultant knows it.

And everybody purporting to be a campaign manager or consultant would know that Democrats outnumber Republicans in NLV Ward 4 by a factor of 2 to 1; roughly 16,000 to 8,000.

Which means the ONLY way for a Republican to win this seat was to boost turnout among GOP voters.

Clearly, traditional get-out-the-vote efforts – including one last-minute postcard mailing to Republicans and one robo-call – were gonna fall flat on their face, as they always have.

No, the key to victory here was to get 636 out of 6,888 registered Republican voters – who wild horses couldn’t drag to a voting booth in person – to vote via absentee ballot.

A last-minute GOTV postcard and robo-call, whether by the campaign or the party, was a complete, total and undeniably expected waste of time and treasure.

What the campaign and the party SHOULD have done at least FOUR WEEKS before Election Day was send a postcard or do a robo-call explaining how and why all those registered Republicans who normally don’t show up at the polls for municipal elections could “vote from home.”

And then follow up to make sure they received, completed and mailed in their absentee ballot.

Such an absentee ballot program clearly wasn’t deployed.  Or if it was, it was executed badly.  Very, very badly.

Again, the responsibility for this epic failure is on the campaign.  But that doesn’t mean the party couldn’t have done more.  Or better.