Time to drain the Patent Troll Swamp in East Texas 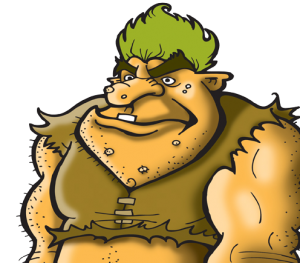 In case you missed the memo, trolls are real … and a certain species of them lives in Texas.

According to Lise Lunge-Larsen, author of “The Troll with No Heart in His Body,” “trolls are some of lore’s most fascinating and varied creatures.”

“Some live under bridges, others deep inside caves,” Lunge-Larsen writes. “They can carry their heads under their arms or hide their hearts inside wells. They can walk across oceans and fly over mountains. Trees and shrubs may grow from their heads, and their noses can be long enough to stir soup. There are troll hags, troll daughters, and elderly, shrunken trolls. Old or young, they are quarrelsome, ugly, and boastful.”

The Texas trolls, however, don’t look anything at all like Lunge-Larsen’s trolls. The Texas trolls wear suits and ties and have cellphones, iPads and laptops. And they really hate being called trolls. They prefer “Patent Assertion Entities.”

What these ugly, quarrelsome and boastful creatures do is claim to own a patent on some obscure aspect of technology — such as online ordering and digital menu boards — and then threaten to sue you if you don’t pay them a “licensing fee.”

It’s an old-fashioned extortion racket perfected by the mafia in days gone by. Pay a “protection” fee for your business or risk suffering an “accident.”

In this case, unless the unsuspecting victim pays the fee, he’s likely to get nailed with a lawsuit that will cost more to defend in court — often stretching into the millions of dollars — than to just pay the troll … er, Patent Assertion Entity … to make him go away.

Federal law presently allows patent lawsuits to be filed virtually anywhere in the United States, which means the predators can live in one place but file their lawsuits in venues where the courts and juries are friendliest.

Which brings us to why you usually find these trolls … er, Patent Assertion Entities … in East Texas.

In the old days, their primary habitat was the marshlands of Delaware. But Delaware began making life a bit more difficult for Patent Assertion … oh, the heck with it, patent trolls. So the trolls began migrating to East Texas.

“Patent holders flooded East Texas federal courts with an unprecedented number of new infringement lawsuits during the first six months of 2015,” Jeff Bounds reported last month in the Houston Chronicle. “There were more lawsuits alleging patent violations filed in the Tyler-based federal courts during the second quarter of the year than in all the other federal courts across the country combined.”

All other federal courts, across the country, combined.

“To put the Eastern District’s 839 new patent lawsuits during the second quarter into perspective,” Bounds continued, “there were only 12 new infringement cases filed in the Southern District, which includes Houston, during the same period, which was an increase from 11 new lawsuits filed a year earlier.”

According to Bounds, the courts in East Texas created what has been dubbed the “rocket docket” — which moves cases through the system at darned-near breakneck speed — in addition to enjoying a reputation for juries that “issue large damage awards.”

I recently Googled how to get rid of trolls. Surprisingly little information, except for Internet trolls.

So, I guess we’ll have to rely on good old-fashioned common wisdom: Drain the swamp.

Innovators and inventors shouldn’t be forced to defend themselves in the patent troll’s back yard where the deck is clearly stacked against them.

Indeed, we need to put a stop to this perverted practice of “venue shopping” and force Patent Assertion Entities to file their lawsuits in districts where the invention was developed or manufactured, so that the victim need not travel to parts unknown and can defend themselves where their records and key witnesses are located.

Or may a plague of ten thousand trolls be visited upon Capitol Hill.