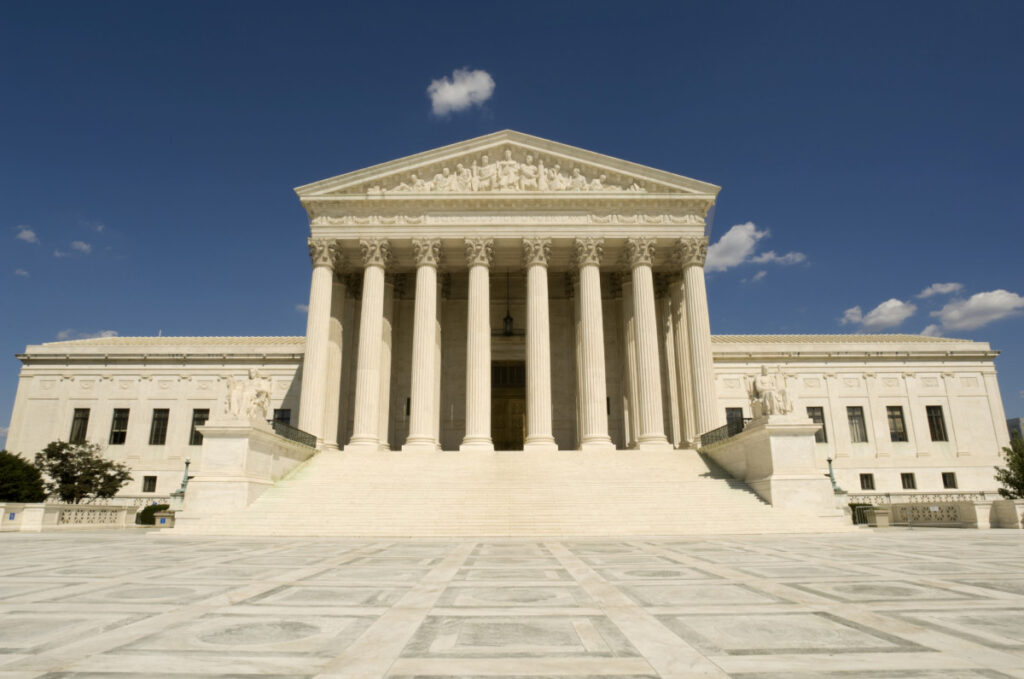 (Chuck Muth) – Before getting to what Republicans should do about filling that now vacant Supreme Court seat, a little instructive history…

In 2015, Nevada Republicans controlled the governor’s office and both houses of the Legislature. One of the few things they did right that session was to approve a universal school voucher program called Education Savings Accounts (ESA).

In short, this meant education dollars would go directly to the parents/students instead of the government-owned/union-managed public schools.

It was a landmark bill that would have broken the public school monopoly and given low- and middle-income families the financial ability to choose what schools their kids went to, be it public, private or homeschool.

Naturally, the teachers union sued to block the program as a violation of the separation of church and state doctrine since some parents would choose to send their kids to religious schools.

But the Nevada Supreme Court, to its credit, rejected that ridiculous argument.

The Court also said the funding mechanism for the program was flawed.

So all Republicans had to do was what they always do for other things: shift money around. And they got their chance in the fall of 2016 just before the election while they still had their majority.

Then-Gov. Brian Sandoval called a special session to approve funding to build the new stadium in Las Vegas. What he could have done – and should have done – was add to the agenda a fix for the ESA funding problem.

And hapless Republican legislators, to their eternal shame, refused to demand that he do it in return for their vote for the stadium.

And the rest is history.

Republicans – deservedly so after screwing Nevada taxpayers in 2015 with the largest tax hike in state history – lost their majorities in both the State Senate and State Assembly in 2016.

And although Sandoval included ESA funding in his 2017 budget, the Democrat majorities in the Legislature stripped it out. And in 2019, with Sisolak now in the governor’s chair, the Democrats repealed ESAs entirely.

Thus, screwing every parent with a kid in a public school today that’s closed to full-time, in-person education while kids in private schools are back in classrooms.

Now, keep that in mind as we move to the vacant SCOTUS seat…

And President Trump, sometime this coming week, is expected to nominate a replacement for late Justice Ruth Bader Ginsberg, which would shift the philosophical make-up of the Court to the right for a GENERATION.

And Senate Majority Leader Mitch McConnell has already declared the President’s nominee will get a vote in the Senate, currently controlled by Republicans.

So this should be a done deal, right?

Loud, belligerent voices on the Left – and their “amen corner” in the fake news media – are demanding that Republicans not fill the vacancy until after the November 3rd election. A sampling…

Joe Biden: “There is no doubt – let me be clear – that the voters should pick the president and the president should pick the justice for the Senate to consider.”
Chuck Schumer: “The American people should have a voice in the selection of their next Supreme Court Justice. Therefore, this vacancy should not be filled until we have a new president.”
Harry Reid: “If Republicans attempt to force yet another nominee onto the Supreme Court against the will of the American people, then they risk delegitimatizing themselves and their party even more. … Democrats must do everything in their power to prevent this from happening and ensure the voices of the American people are heard.”
Hillary Clinton: “The Democrats who are in the Senate will have to use every single possible maneuver that is available to them to make it clear that they are not going to permit Mitch McConnell to enact the greatest travesty, a monument to hypocrisy that would arise from him attempting to fill this position.”
“Mad” Maxine Waters: “Justice Ginsburg’s dying wish was that her seat would not be filled until a new president is installed! Senate Democrats, do not back down. No SCOTUS appointment before the election!!!”
Jane Fonda: “We have to be as tough as Mitch McConnell and not allow them to do one freakin’ thing until the election is over. We have to rise up and not allow them to do it. (L)et’s grow some balls and ovaries. Oh, my God.”
Linda Brown: “If (Trump) tries to appoint someone, it’s civil war, and I’ll be on the front line.”
Reza Aslan: “If they even TRY to replace RBG we burn the entire fucking thing down.”
But have no fear. It’ll be a “peaceful Armageddon.”

1.) Liberals BEGGED Ginsberg to retire so Obama could replace her with another liberal who would be on the bench for 20-30 years. She refused. So the left really has no one to blame for the situation they’re in today but the “Notorious RBG” herself.

2.) It doesn’t matter what RBG’s “dying wish” was. It wasn’t “her” seat. She didn’t own it. The American people own that seat.

3.) The American people already voiced their choice and picked the president who is in the Oval Office today: Donald Trump. And his term extends at least until January 20, 2021, not November 3, 2020.

4.) Obama nominated Merrick Garland in the midst of the 2016 campaign. But the American people elected a Republican Senate majority in 2014. And the Republican Senate said no to Garland. This time it might say yes to President Trump’s pick.

No hypocrisy here. The situations are apples and oranges.

The Democrats’ hope, of course, is that Biden will win the White House and Democrats will reclaim the majority in the Senate and fill Ginsberg’s liberal seat with another liberal.

Our country simply cannot afford to take that risk.

If Biden wins the presidency and Chuck-u Schumer takes over the Senate, the ONLY check on their jihad toward socialism will be the Supreme Court, where the tie-breaking vote would be in the hands of the historically unreliable Chief Justice John Roberts.

Unfortunately, while Republicans have a 53-47 majority in the Senate, they also have major problem with at least three of its members: Liberal GOP Sens. Susan Collins and Lisa Murkowski and Trump-hater Mitt Romney.

Lose them, and the GOP blows this historic opportunity.

And those aren’t the only Republican senators who might be a problem. A number of others are up for re-election in November and facing close races.

But the future of the Supreme Court is far more important and consequential this year than the political future of any Republican U.S. senator.

Much like the ESA program for Nevadans in 2016, this may well be the GOP’s one and only shot to shift the court and save the nation.

And you know damned well if the roles were reversed, Democrats would do it in a heartbeat.

Do It. And Do It Now

Final Point: Republicans MUST try to fill the vacancy BEFORE the election.

If not, the vacancy will be an election day issue. And the fear of loss is a far more powerful motivator than the hope of gain. As such, an empty SCOTUS seat will boost liberal turnout far more than conservative turnout.

Fill the seat before the election and the toothpaste will be out of the tube.

And for a little historical perspective: Ginsberg died with 45 days remaining until election day.

RGB herself was nominated and confirmed in 42 days.

And John Paul Stevens in 19 days.

So get it done. Get it over with. ASAP.

“I believe the president should next week nominate a successor to the court and I think it is critical the Senate takes up and confirms that successor before election day.” – Sen. Ted Cruz

“You can disagree with the McConnell rule, which was previously known as the Biden rule, but you should describe it accurately. It’s no confirmations in a presidential election year *when senate and presidency are held by different parties.* Doesn’t apply this year.” – Mollie Hemingway

(Mr. Muth is president of CitizenOutreach.org and publisher of NevadaNewsandViews.com. He blogs at MuthsTruths.com. His views are his own.)