You Can’t Please Everybody 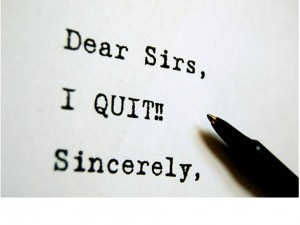 By all accounts, the Clark County Republican Central Committee had a productive meeting on Tuesday and elected a slew of new party leaders, three of whom are members of the UNLV College Republicans. Way to bring along the next generation!

But while seldom was heard a discouraging word, CCRCC member Robert Ruppert was the exception. He quit the organization late last night. Here’s his resignation letter…

First, “congratulations” to the newly elected CCRP Officers at last night’s CCRCC meeting at the Silverton Hotel and Casino. You have a tremendous amount of work to accomplish over the next six months.

Second, after listening to the statement by the CCRP Vice-Chairman at last night’s CCRCC meeting in regards to someone spreading lies about his ability to lead as a CCRP Officer and castigating those CCRCC members who speak out against any Officer who have not been completely forthright in their designs on elective office to the Clark County Republican Party, I am resigning from the CCRCC effective today. I thought his words were imbued with hyperbole that was embarrassing to the integrity of well meaning CCRCC members who genuinely disagree with him or any other CCRP Officer or E-Board member. Never in my life did I ever think that I would actually do this as a life-long conservative Republican. It really hurts me to come to this moment!

All members of the CCRCC have the right to voice their legitimate concerns over Party policies and rules, and are entitled to the timely dissemination of vital information necessary for the membership to make critical decisions relating to voting and business activities. The credibility and honesty of our leaders to completely inform the body politic is paramount to its success. Our money and time cannot be wasted!

I am one such individual who believes that the CCRP has NOT been following its’ own Bylaws and has moved away from conservative values that best serves the citizens of our state and nation. Those Bylaws need to be revisited, reread, and updated when there is any ambiguity, conflict, or inconsistency in their interpretation, or when new bylaws are voted on. I compare our present organization to a ship without a rudder. We have not had a Chairman performing their duties due to a serious illness, another position ‘technically vacant’ (not properly filled per the CCRP Bylaws) by the untimely passing of our Party secretary, and because of these events, a double-burden that has been thrust upon the Vice-Chair that has directly affected the CCRP as a whole. I firmly believe we, as a Party, have become even less effective because we are NOT following the rules of our organization that have been put in place to structurally address the concerns such as these for our Party’s continuity. I ask you, “Am I wrong?” Then ask yourself, “Why did I not act on this very concern when I knew what the CCRP had to do?”

If the CCRP Party leadership chooses to ignore the CCRP Bylaws, then why have any Bylaws at all? The CCRP leadership failed to carry out their official fiduciary responsibility to the CCRCC members. So, I guess they’ll just ‘wing it’ and continue to stumble along simply ‘kicking the can down the road’ until we find ourselves running out of road! Then what? Well, you’ll probably find out, too late I may add, that the opposition political Party will have steam-rolled over you with their powerfully entrenched machinery and constructed themselves a permanent parking lot where the road ended. GOD, help us!!

As a former E-Board member, I have spoken out and addressed some of theseconcerns more than once over the past eight months to the CCRP leadership and to the CCRCC as a whole. I get the real impression that what I have been saying is falling on deaf ears. I feel that the effectiveness of this organization has been diminished so greatly, that any CCRCC conservative member’s voice who speaks out and questions the motives of the CCRP leadership, or, the direction that the Party is going that is contrary to the “Principles and Values” of the Republican Party’s platform, then my further participation in this political body has become meaningless and realize my time and effort has been used in a less than purposeful manner. Unfortunately, a few other members have left the CCRCC for the very same reason I just mentioned, and, that has bothered me deeply because I miss their conversations at our meetings.

My conservatism goes back many decades to a time when friendship was considered sacred, when principles and values were not compromised, and when our collective voice had moral authority in our society. In my honest opinion, this is no longer the case!

For those friendships that I have made amongst the CCRP membership, I will miss you, and for those members whom I did not get the opportunity to know better, that is my loss. I wish all of you well.