You Can Buy Your Electricity from Anyone You Want…as Long as It’s NV Energy! 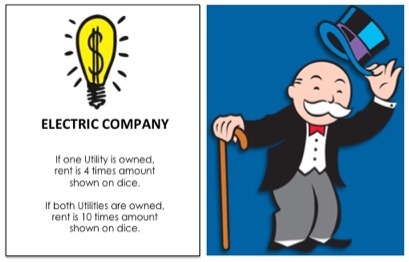 In a recent column, Clay Fitch, chief executive officer of Wells Rural Electric Company, used an analogy about buying a car to argue against voting for Question 3 – the Energy Choice Initiative that would end NV Energy’s electricity monopoly in Nevada.

Now let’s extend that analogy to buying electricity in Nevada…

And while socialism appears to be all the rage these days among many ill-informed, wet-behind-the-ears millennials (hello, Alexandria Ocasio-Cortez!), it’s never worked anywhere it’s been tried.  Just ask folks living in Venezuela today – where starving citizens have been forced to eat zoo animals just to stay alive!

Mr. Fitch’s sky-is-falling scare tactics are nothing new either.

The same hysterical, Armageddon-like warnings that ending a government monopoly would be a “risky and costly proposal” were trumpeted before we ended Ma Bell’s monopoly on phone service and before we opened the friendly skies to airline competition.

Here’s another truth bomb Mr. Fitch doesn’t want you to know: Question 3 would not create an energy choice market system.  Question 3 simply requires the Nevada LEGISLATURE to create one before 2023.

Now some have argued, including Mr. Fitch, that our legislators can’t be trusted to implement an energy choice program that will work as intended – as opposed to how California screwed up its own de-monopolization effort.  And considering how Nevada’s legislators can screw up a two-car funeral, that’s a legitimate concern.

That said, having the Legislature create a solid, dependable, cost-effective open market in electricity isn’t “mission impossible.”  Other states – not goofy California, but other states – have successfully done so.  We just need to follow the good models and avoid the California mistakes.

And we’ve done it before.  Nevada today continues to be the “gold standard” for regulating an open gaming market.  And the Legislature did it successfully again recently by taking the good and jettisoning the bad in creating a regulatory system for our new open marijuana market.

Doomsday naysayers such as Mr. Fitch are a dime a dozen.  They’re the boy who cried wolf.  They can give you a gazillion reasons why something can’t be done.  Thank God none of them were with the Wright Brothers at Kitty Hawk or in charge of landing an AMERICAN on the moon!

Clearly, Mr. Fitch and his fellow defeatists ain’t the ones who can do this thing.  As such, they should follow the age-old advice that those who say something can’t be done should get out of the way of those who are doing it.

One way or the other, some day or other, electricity monopolies are gonna go the way of the rotary-dial telephone.  It’s as inevitable as Al Sharpton calling somebody a racist.  The only question is whether Nevadans in November will take the opportunity to get out ahead of the wave…or suck hind teat.

Henry Ford also once noted that “There are more people who surrender, than those who fail.”

Nevadans – before the scourge of liberal California immigration afflicted us – were never afraid of the future; never afraid to try something new; never afraid to embrace the free market.  Our unofficial motto has always been “No guts, no glory.”  Just look at the risk Steve Wynn took with the Mirage Hotel – which completely transformed Las Vegas.

Imported Nevadans can fall for the fear campaign of the “No on 3” gang.  But real Nevadans should keep this quote by Virgin Group CEO Richard Branson into the voting booth with them: “The brave may not live forever, but the cautious do not live at all!”