(Chuck Muth) – So I was heading to my favorite bar/restaurant, Atomic Liquors in downtown Las Vegas, yesterday morning.  Planned to have lunch with my friend Samantha Stone, who was in town from Reno, and Citizen Outreach Executive Director Raven Omojola.

What I wasn’t planning on a having was a “T-bone” – but that’s exactly what I got.

Was heading westbound on Stewart.  Stopped at traffic light listening to The Buck Sexton Show and waiting to hear some sound clip of Florida Democrat gubernatorial candidate Charlie Crist saying something dumb.

Light turned green.  I drove forward into the intersection.  Then…

Metro police officer told me the other driver blew through her red light doing some 40 mph.  The impact threw me head-on into on-coming traffic, taking out another three cars.

Amazing how quickly AMR (American Medical Response) showed up.  And particular thanks to EMT “Andrew” who checked me out and helped me into the ambulance. 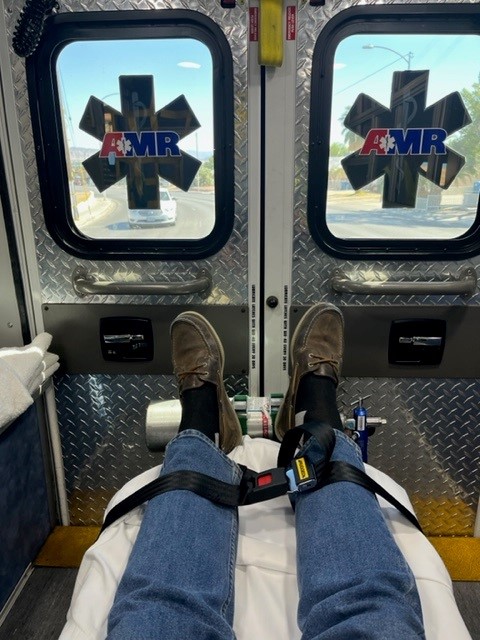 A double thanks to everyone at UMC Trauma Center for the care and attention they provided.  X-rays and CAT scan showed no broken bones or serious lacerations – other than my Campaign Doctor shirt they had to cut off.

But man, oh man, am I in a world of pain from head to toe, especially my rib cage. 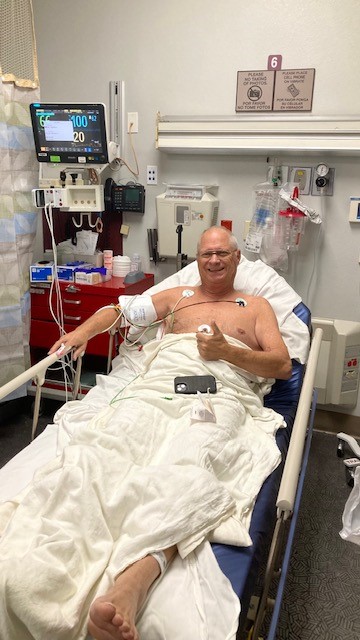 At one point in the emergency room a nurse told me someone was going to come in and touch me all over my body to make sure I was OK.  To which I naturally responded, “Oh, you mean like at a brothel?”

Chuckles all around…but it hurt so bad to laugh that I knocked that stuff off.

And triple thanks to everyone who wished me well and sent up a prayer or two on Twitter – especially my friend and former county commissioner Tom Collins who suggested I replace my totaled Hyundai with a Ford F350.

And speaking of good advice…Yes, Mom, I was wearing clean underwear!

Gonna be out of commission for a few days – but I survived and will be back in the saddle before you know it as long as no complications develop.  In the meantime, I’ll leave you with this.

Our friend Steve Moore at the Committee to Unleash Prosperity lists “the seven policies Biden has implemented that are tearing our country apart.”

“Rightoberfest: Youth Leadership Summit” is generously being sponsored by RE/MAX American Made.  This Saturday, October 22nd, and is open to the public…

“Every day that we let the teacher unions run our schools, our nation gets dumber – and poorer.” – Steve Moore