Will GOP Ever Learn to Take the Black Vote Seriously? 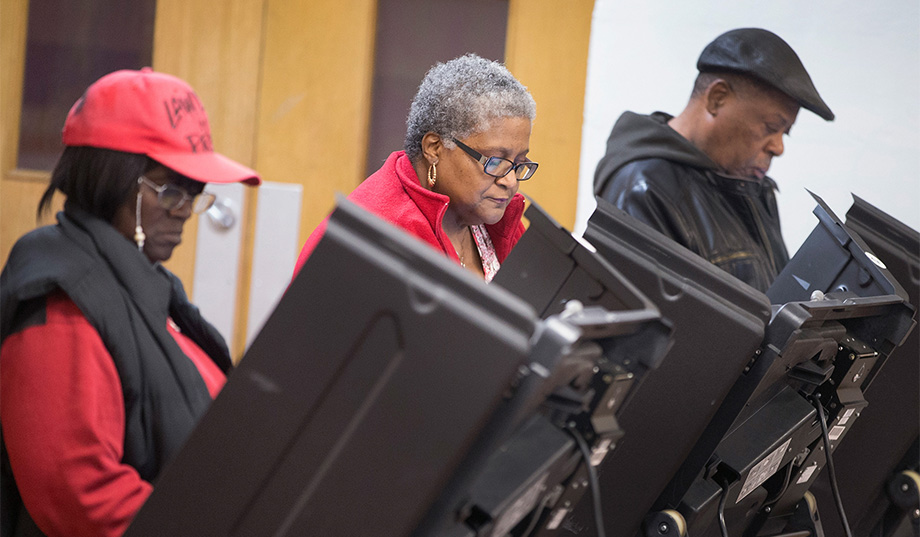 Add in McConnell’s soldiers who cut bait and threw Moore to the sharks the minute the electoral seas turned rough.  Especially Sen. Cory Gardner (R-CO) who called for Moore to be expelled from the Senate before the election even took place.

And don’t forget Sen. Richard Shelby (R-AL) who, just days before the election, encouraged Alabama Republicans to write in the name of someone other than Moore.

And then there was the National Republican Senatorial Committee (NRSC) that stood on the sidelines and refused to assist Moore, and the Republican National Committee (RNC) which coughed up less than $200,000 in token support and no ground troops.

Yet despite all that, it was a razor-thin election.

So what put the Democrats over the top?  According to a number of early post-election analyses, it was a jump in black turnout.

“According to preliminary exit polls,” Anna North of Vox.com wrote the day after the election, “black voters turned out in large numbers and voted overwhelmingly against (Moore).  Ninety-eight percent of black woman voted for Doug Jones; 93 percent of black men did the same.”

One can’t help but be awe-struck at the success of the propaganda campaign Democrats have waged against Republicans for the last half century that enables them to automatically chalk up more than 9 out of 10 black votes in any given election.  Tyrants the world over are jealous.

In addition, noted Dante Chinni in the Wall Street Journal, black voters in Alabama were highly energized.  While turnout overall was down – as is normal and expected in any special election – it was down “much less in counties with large African-American populations.”

As such, reports Campaign Pro’s Kevin Robillard, “Democratic operatives are closely studying African-American turnout in Alabama, hoping to replicate the spike in the black vote in other states in 2018.”

Indeed, as Republicans have seen election cycle after election cycle, the black vote can be the difference between winning and losing a close race.  But the black vote has been so monolithic and in the tank for Democrats for so long that few GOP strategists deem black voter outreach to be worth the time and effort beyond gratuitous lip service.

But not every Republican is willing to concede the battle and throw in the towel before the fight even starts.

The Stars & Stripes Forever PAC has been marshalling its resources in targeted races – including the Alabama Senate special election – to share with the black community the other side of the story, especially in the form of “old-fashioned” billboards and 30-second radio ads on black radio stations.

And the biggest untold story is the fact that urban areas where the plight of black Americans is often at its bleakest and most dangerous are almost always governed by liberal Democrats, including many black liberal Democrats.

As Donald Trump noted during his 2016 campaign for president, what do these communities has to lose by giving Republicans a shot at making things better for Americans whose lives liberals have made so much worse?

Republicans don’t need to win over a majority of black voters.  An increase of just three or four percent could be the difference in some close elections.  The most recent example: A state legislative race in Virginia this fall that ended up TIED.

One more black vote for the Republican would have completely changed the result.

And frankly, it’s not even necessary for black voters to vote for Republicans.  We just need them to stop voting for Democrats.  There are often third-party options.  One less black vote for the Democrat in that Virginia race also would have completely changed the result.

Republicans have a case to make to our nation’s black voters.  And groups like the Stars & Stripes PAC making that case are going to be absolutely essential for the GOP to hold onto its majorities in Congress in 2018 and keep control of the White House in 2020.

Or we could all end up like Alabama.  If that happens, we’re doomed.

Disclaimer: I’m a board member of Stars & Stripes PAC