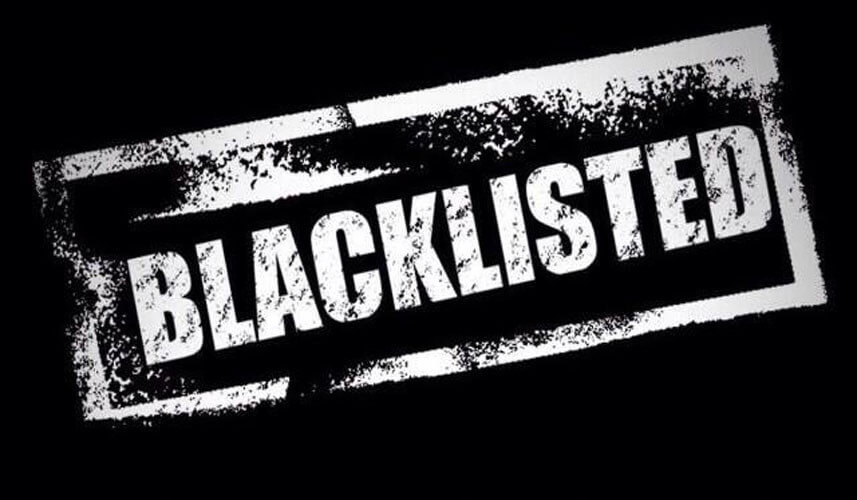 We all know that Jon Ralston, Nevada’s #2 liberal blogger, is a jerk.  He can’t help it; it’s his nature.

And after being bounced off taxpayer-subsidized TV and dropped as a columnist from every major newspaper in the state, he weaseled his way into the Nevada News Bureau (re-named the Nevada Indpendent) – which I founded in 2009 and spun off a few years ago – as its editor/copy boy last January and “blacklisted” me.

Only one early story in the online Ralston Rag mentioned me by name, and that story was actually about Citizen Outreach’s CEO, Dan Burdish, who was hired to work for the GOP Senate Minority Leader for the 2017 session.

Which is fine.  That’s his right.  And who cares?  Almost nobody reads his fake news and anti-conservative rants anyway.

But one of his new, young reporters, Jackie Valley, ran into me at this month’s Republican Men’s Club meeting and I agreed to do a recorded interview on the DACA decision and Dan Schwartz’s gubernatorial campaign announcement.

For over 20 years now, I’ve always been open and forthcoming with the press.  I’ve only “blacklisted” one reporter in all that time over a story he got wrong a few years ago and refused to correct.  Months later, he finally did…and we’ve had an open line of communication ever since.

Anyway, I gave Ms. Valley a head’s up that her horse’s ass editor had blacklisted me – and sure enough, when the story came out, not a single quote I gave her made it into the story.  Go figure.

Two weeks later, amid all the additional security concerns we were addressing related to our Conservative Leadership Conference, Ms. Valley requested press credentials to cover the event.

Having been trashed by Ralston for years, and treated like Lord “He Who Shall Not Be Named” Voldemort in the Ralston Rag all this year, I was not exactly inclined to extend the privilege.

But after a series of email exchanges – in which Ms. Valley assured me that she’d talked to Ralston and Ralston told her there was no blacklist – I went against my better judgment and decided NOT to visit the sins of the jackass editor upon his reporters.

So I not only issued press credentials to cover the conference itself, but invited Ms. Valley to join us at the “secret” Arpaio dinner and sit at the head table with me, my family and Sheriff Joe.

Of course, as I’m sure you’ve already guessed, no good deed goes unpunished.

Ms. Valley’s story came out on Sunday morning.  She described Sheriff Joe’s award as coming “from Citizen Outreach Foundation, a nonprofit run by Nevada conservative activists,” and noted that “concerns about security and protesters prompted organizers to move the awards dinner.”

No mention of the name of the person who heads the organization, organized the event, hosted the event, MC’d the event, made the decision to move the dinner, approved her press credentials AND invited her to attend the dinner as my personal guest.

Now, normally I wouldn’t care.  But Ms. Valley and I SPECIFICALLY discussed the “He Who Shall Not Be Named” blacklisting before she was issued credentials and she assured me that no such blacklisting was in place.

So I emailed her and asked what the deal was.  Get this…

“I’m sorry you were disappointed we didn’t use your name,” she responded. “It wasn’t meant to be a slight at all. When we report that an event was sponsored or hosted by ‘X’ company or organization, we don’t normally state who the CEO, president, etc. is. We don’t want to bog readers down with too much detail and have them lose interest in the story. . . . I can assure you it wasn’t personal. Just a journalism/news value decision.”

What?  “Bog readers down” by merely mentioning the name of the individual who went out of his way – against his better judgment – to accommodate her and her fake news publication?  Are you serious?

So I did a little checking.  Wanted to see if REAL news publications “bogged their readers down” by mentioning my name in their stories about our event.  Here’s what I found…

And I did some additional quick checking to see if the Ralston Rag’s fake news policy of not “bogging down” its readers with the names of folks heading various organizations applied to groups other than Citizen Outreach.  Found these examples from just the last two weeks…

Wow!  Enough “bogging down” to choke a horse!

So I gave Ms. Valley the benefit of the doubt and didn’t hold her assclown editor against her.  And got burned.  Live and learn.

But in the immortal words of the U.S.S. Enterprise’s Chief Engineer Montgomery “Scotty” Scott, “Fool me once shame on you.  Fool me twice, shame on me.”