Why I Cannot Support Carrie Buck for Clark GOP Chairman 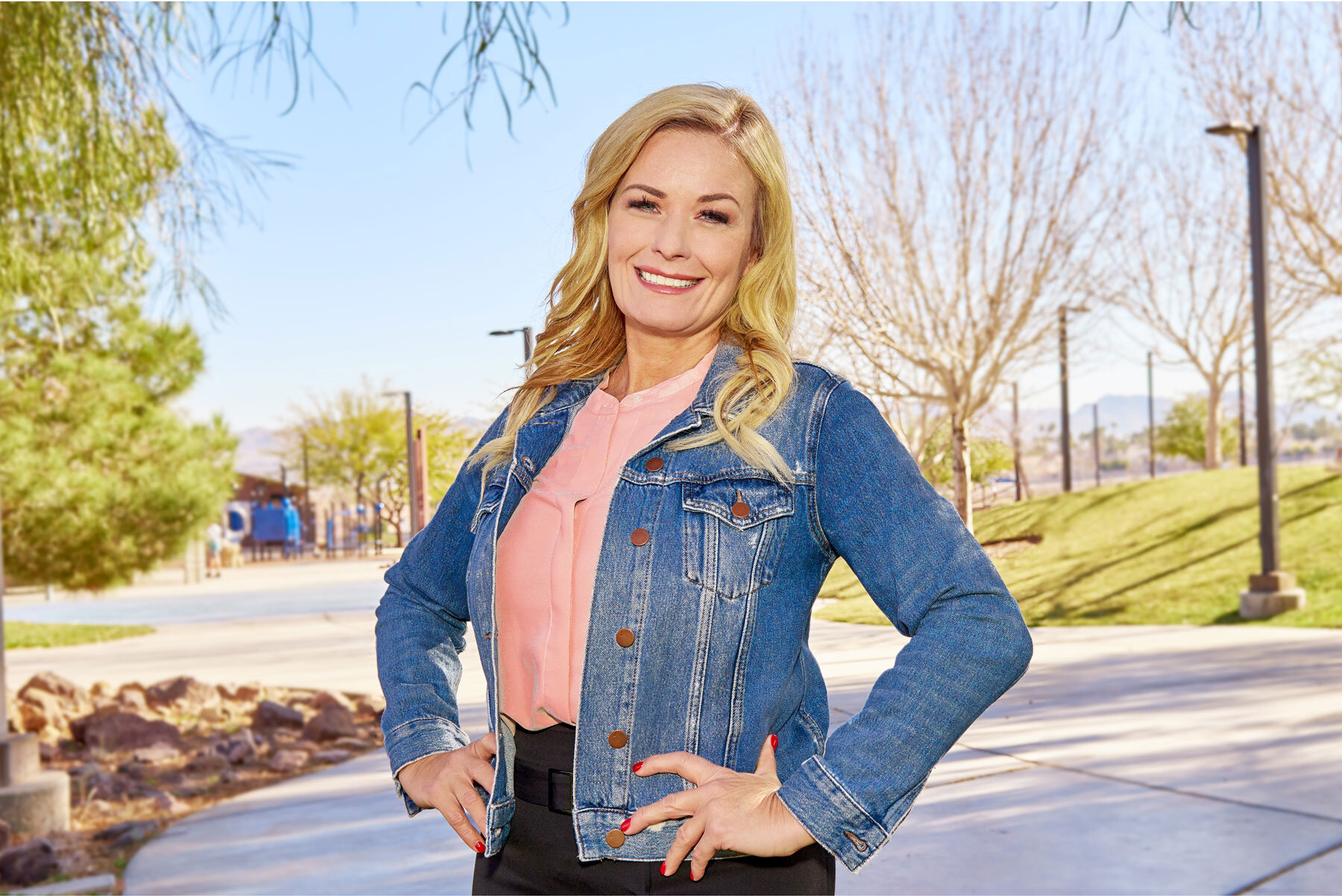 (Chuck Muth) – The more I see, read and hear about the Clark County Republican Central Committee (CCRCC) clown show, the worse it gets.

There may be a new meeting to elect new officers this week.  Then again, there might not.

But regardless of when the election inevitably takes place, I’ve come to the painful conclusion that while I’ll be happy to work with chairman candidate Carrie Buck if she wins, I cannot support her candidacy for that position.

Have known her for some ten years…and vigorously defended her against unfair and unwarranted attacks when she was principal of a Henderson charter school.  In fact, I wrote an extensive five-part series in her defense over the brouhaha.

Truth is, my affinity for Carrie is one of the major reasons I cannot support this run.  The damage this race has already done to her reputation and political future is severe.  And her election to this post would likely be a final nail in her political coffin.

Indeed, the BEST thing that can happen is for Carrie to lose this election.  No good can come of it.  She’ll never be able to tame the CCRCC beast and it will take her down with it.  And that means Republicans will lose a Senate seat in 2024 they can’t afford to lose.

But the MAIN reason I’ve concluded I can’t support her candidacy for this party position is the birds of a feather who have flocked together to “Back Buck” and will surely have great influence over her chairmanship if she’s elected Grand Imperial Pooh-Bah.

First, there’s the fact that she’s the hand-picked candidate of outgoing bozo chair David Sadsack (Sajdak).  That alone is understandably a disqualifier in the minds of many rank-and-file Clark County Republicans who have watched Sadsack drive the CCRCC clown car right into a ditch.

And just as a reminder, Sadsack stupidly SUPPORTED the all-mail balloting scheme in 2020, arguing it would be a GOOD thing for Republicans.  True political genius there.

Then there’s Carrie’s lead political consultant, Charles Gallagher, who would likely take an oversized role of some kind in the organization should Carrie be elected.

The truth is, Carrie’s state senate seat win last year was DESPITE Gallagher’s political incompetence, not because of him.  It was more luck than design.

In fact, Carrie’s win can more appropriately be attributed to what Republican Assembly candidate Steven DeLisle did in that race – opting to run for Assembly rather than challenge Buck in the GOP primary – than anything Gallagher did; something DeLisle has never been given appropriate credit for (except here).

Also, the biggest difference between Carrie’s unsuccessful run for the state senate in 2016 and her successful run in 2020 was the fact that she challenged an incumbent in ’16 and ran for an “open” seat in ’20.

That critical factor had nothing to do with Gallagher’s campaign strategy and tactics.  So the notion that Team Buck “knows how to win races” because of ONE skin-of-her-teeth victory (329 votes out of more than 67,000 cast) just doesn’t hold up.

But it gets worse…

Also in Carrie’s stable of backers is former CCRCC Chairman Dave “For Himself” McKeon – a political slimeball I tried to warn everyone about before he was elected a few years back.  But some folks just have to learn the hard way…whiles others seem to never learn at all.

And then there’s the CCRCC’s “Acting” Secretary, Ed Gonzalez, who has been on a flaming jihad against Carrie’s main rival for the party throne, Jesse Law.

Gonzalez burped out an “explanation” on Friday for the CCRCC’s decision to kick Law off the ballot last Tuesday night that was full of more cow droppings that Sen. James Settelmeyer’s cattle ranch.

One of the Hatchet Man’s indictments against Law is that he supposedly was “Threatening and so far, succeeding in dividing the CCRCC with the goal of reinforcing the State Chair’s political position by attempting to pack the CCRCC membership with their own supporters…”

Imagine that.  A candidate for office working to fill vacancies on the Central Committee with supporters who…support him.  Duh. 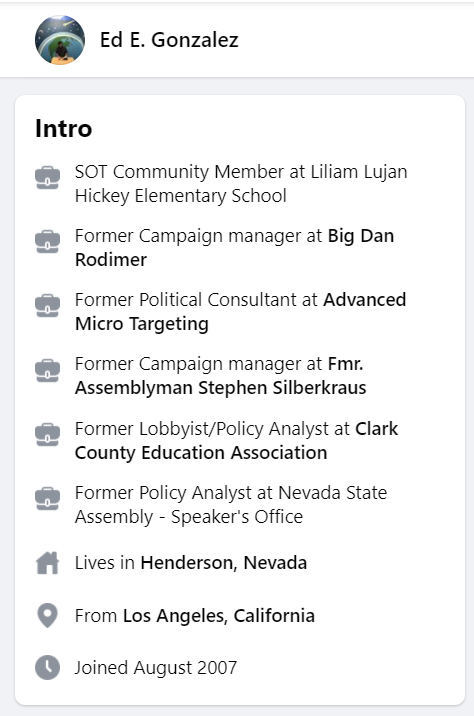 If that last one isn’t a major red flag warning, I don’t know what is.  But again, it’s even worse than it appears.  Guess who’s the CEO of Advanced Micro Targeting?

“This tax would never have passed without his (Roberson’s) leadership in the Senate, nor would it have passed a Republican-controlled Legislature. It may have been Brian Sandoval’s idea, but Roberson brought it to fruition.”

So again, my beef isn’t so much with Sen. Buck as it is with the political refuse and hacks she’ll bring along with her if elected: Sadsack, Sauerkraut, Gallagher, McKeon, Gonzalez and…Tax Hike Mike!

And if you don’t think this rogue’s gallery of losers is a political disaster in the making, just look at what their advice has done for Carrie in her race for chairman…

In just a few short months, she’s gone from a promising freshman state senator campaigning as the party boss candidate who can bring the intra-party warring factions together to, just a few days ago, calling supporters of her CCRCC opponents “vile creatures” on social media.

That’s not the Carrie I knew before she jumped into this CCRCC mud pit.  That’s a political Frankenstein created by her incompetent handlers.

“I try to find people who are a little more moderate, because you can win primaries all day long but it doesn’t mean anything if you lose the general election.”

Hogwash.  Four conservative candidates for the State Assembly in 2020 – Andy Matthews, Richard McArthur, Jill Dickman and Annie Black – all defeated moderate/establishment candidates in their primaries and went on to win their seats in the general election.

Side Note: Gallagher managed the campaign of Matthews’ GOP primary opponent and set up a PAC that tried to defeat Black.  He is decidedly NOT on the “right” side.

And lastly, I still have a nagging concern over the fact that neither Carrie, nor her vice chair running mate, Byron Brooks, have signed the Taxpayer Protection Pledge – surely on the advice of Pledge-breaker Tax Hike Mike and others in her political brain trust.

In conclusion, this is not to say I’m endorsing either of the other two main contenders in the race: Jesse Law or Dave Crete.

I still hope she comes to her senses and abandons this ill-advised quest.  And in the immortal words of Michael Corleone, this isn’t personal; it’s business.