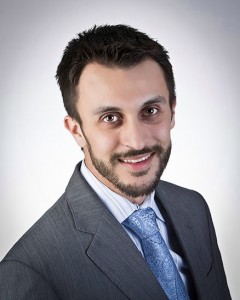 Phillips is running into a buzzsaw of opposition from conservative legislators & activists.

But in the contest for chairman of the Nevada Republican Party, two conservative members of the state Legislature have come forward and are speaking out publicly and forcefully against one of the candidates, Nick Phillips.

“It recently came to my attention that former Clark County Republican Party Political Director Nick Phillips is now running for Chairman of the Nevada Republican Party. I think it’s important that people – especially conservatives – understand what they are getting into if they support Nick, so I’m hoping that you can help me get the word out.

“During the recent legislative session, I was approached by Nick to talk about a number of bills for which he was lobbying. Assuming that I was dealing with a fellow conservative, I accepted his meeting to see how I could help the CCRP leadership push the conservative agenda forward.

“Imagine my disgust when during our discussions Nick said flat out that I should vote to support the Governor’s budget and tax increase if I wanted support for re-election in 2016. It’s absolutely appalling to think that the CCRP leadership, including Nick, thought I would sacrifice my conservative principles to gain their support. Once he decided I couldn’t be bought, Nick moved on to easier targets to lobby on behalf of the governor’s outrageous increases in spending and taxes.

“To sum it up, if you call yourself a conservative and expect Republicans to vote as conservatives, you have no business supporting Nick Phillips for state party Chair. He’s not on our side when it comes to supporting conservative values and policies.”

A damning indictment, indeed – especially coming from one of only three legislators who voted 100% of the time against any and all efforts to increase taxes or taxes disguised as fees in the 2015 session.

And for the record, Assemblyman Moore gave me permission to reprint his statement on the record.

“Frankly,” Ellison wrote, “we do not want a chairman that registered Republican only two years ago, pressured our legislators to vote in favor of tax hikes, and has no Presidential Caucus experience to step in to lead our party for 2016.”

Ellison went on to endorse incumbent Nevada Republican Party Chairman Michael McDonald in the leadership election that will be held this Saturday in Las Vegas.

McDonald publicly opposed Gov. Brian Sandoval’s monstrous $1.4 billion tax hike – the largest in Nevada history – and came to the defense of Republican elected officials who dared to defy the governor on this issue.

He’s also led the fight to make the party an extremely relevant participant in the nomination process by implementing an organized pre-primary endorsement process that Mr. Phillips told me he opposes.

Oh, and by the way, having two sitting conservative legislators who voted against the largest tax hike in Nevada history endorse his opponent might well be the least of Mr. Phillips’ problems.

I’m waiting to obtain some court documents that, if true, are truly explosive and will make the GOP chair candidate as toxic as anything buried out at the Nevada Test Site!