Who Else in Nevada Wants Free Electricity?  Read on… 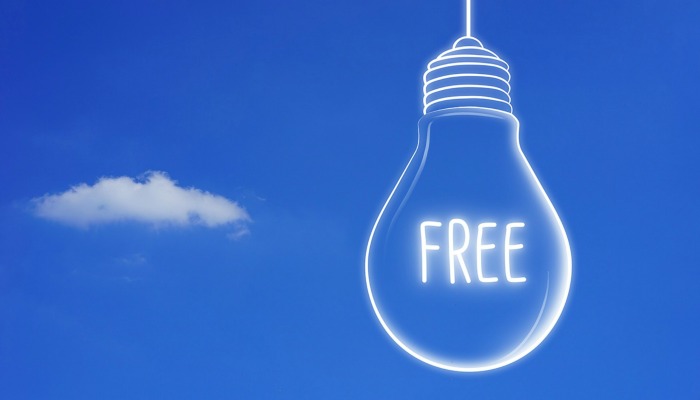 Opponents of Question 3 – the Energy Choice Initiative that would break up Warren Buffett’s monopoly over electricity generation in Nevada – keep scaring people into voting “no” by warning that we don’t want to be like California.

It’s an effective argument.  After all, who in Nevada – including hundreds of thousands of refugees from our Left Coast neighbor – wants us to become East California?

The problem is, the scare tactic is a bald-faced lie.  There is no consumer choice in California!

And as Geoff Lawrence – a highly-respected conservative economist, senior fellow at the Reason Foundation, former Director of Research and Legislative Affairs for the Nevada Policy Research Institute, and former Nevada Assistant State Controller – wrote in the Las Vegas Review-Journal on Sunday, the plan only somewhat deregulated the WHOLESALE market, was “poorly constructed,” and “included so much price-fixing and needless mandates” that it was “destined to fail from the outset.”

“The good news for Nevadans is California’s botched attempt is an extreme outlier in the world of electric choice. At least a dozen states have created competitive retail electricity markets, according to the U.S. Department of Energy, and no others have experienced the crisis that California lawmakers created for themselves with their poor design.”

In fact, the power companies there still enjoy monopoly control and protection.  And while the “No on 3” gang continues to claim opening the consumer market to competition in Nevada is “risky,” it’s just as risky, maybe even more so, to keep the monopoly in place.  Get this…

“Gov. Jerry Brown signed a measure Friday allowing utilities to bill their customers to pay for future legal settlements stemming from devastating wildfires, even if the blazes are blamed on the company’s mismanagement.  The bill is aimed at preventing bankruptcy or other serious financial trouble for Pacific Gas & Electric.”

Faulty PG&E equipment is suspected of starting the Tubbs Fire in Santa Rosa last year “that destroyed thousands of homes and killed 22 people.”  And now consumers, not the company, are in danger of footing the bill to pay for its deadly mistakes.

Is anyone in Nevada really surprised that liberals in California have screwed this up?

Indeed, Mr. Buffett’s PR team has been so effective that a number of supposedly limited-government conservatives are joining various labor unions, radical environmentalists and left-wing politicians such as Rep. Dina Titus in supporting the continuation of a government monopoly over free-market competition.

BTW:  How’s that worked out for our government-run/union-managed public schools?

Then there’s the argument that giving Nevada consumers a choice in who they buy their power from “shouldn’t be in the constitution.”  And I have to admit, I was fooled into taking that position myself in 2016.  But then I closely read the actual language of the initiative…

“Shall Article 1 of the Nevada Constitution be amended to require the Legislature to provide by law for the establishment of an open, competitive retail electric energy market that prohibits the granting of monopolies and exclusive franchises for the generation of electricity?”

Question 3 won’t “deregulate” the electricity market in Nevada.  It will simply “de-monopolize” it.

“1. The People of the State of Nevada declare that it is the policy of this State that electricity markets be open and competitive so that all electricity customers are afforded meaningful choices among different providers, and that economic and regulatory burdens be minimized in order to promote competition and choices in the electric energy market.”

As you can see, the question doesn’t create the new open market for buying your electricity.  It simply requires the Legislature – which has been ducking this issue for the last several sessions – to end NV Energy’s monopoly over power generation and give you the same type of options you have in selecting your doctor, your pharmacy, your grocery store, your gas station and your cell phone provider.

This isn’t rocket surgery.  You’re either for the continuation of a government monopoly over who you can buy your electricity from or you want the right to be able to do business with someone else for whatever reason – cheaper prices, better service, more options, etc.

Speaking of which, let me give you some examples of possible options I just learned about this week…

In Texas – the “gold standard” for energy choice, where there are dozens of different companies competing for your business – there’s a “Nights Free Plan” where there are “no charges from 9pm to 7am.”

Who else would like free nighttime electricity during July and August in Las Vegas?

Or if you’re one of those folks who want to “save the planet” and only buy renewable energy, there’s a “JustGreen” plan that you can buy for an additional $5 per month.

There’s even one from TXU Energy where you can get the best of both worlds: “100% solar during the day and then free energy charges all night.”

Heck, there are even plans where you can get AIR MILES!

Don’t take my word for it.  Just go to www.powertochoose.org and look at all the electricity options Texans have that Nevadans don’t.

And by the way, NV Energy won’t necessarily be driven out of the market.  It will only be prohibited from having monopoly control over the market – like it has now.

In the simplest of terms, let’s say NV Energy has three power generation plants.  So to keep the company from controlling a majority of Nevada’s market, it would have to divest itself of two of them and then compete in the marketplace like everyone else.

But those other two power generation plants won’t be shut down. They’ll be sold off to a private sector energy company (there are LOTS of them around the country; just not in Nevada…yet) which would keep running it.

Kinda like how you sell a used car.  The new owner keeps driving it around.

One last note on this about co-ops…

The “No on 3” folks having been scaring the bejeepers out of rural Nevadans who currently enjoy lower rates than what are offered to them by NV Energy.  Co-ops are the “exception to the rule” for the current monopoly system; written into law.

But that won’t change if Question 3 passes.  Co-ops ARE A CHOICE.  Again, read the actual language of the initiative…

“2.  Effective upon the dates set forth in subsection 3, every person, business, association of persons or businesses, state agency, political subdivision of the State of Nevada, or any other entity in Nevada has the right to choose the provider of its electric utility service, including, but not limited to, selecting providers from a competitive retail electric market, or by producing electricity for themselves or in association with others, and shall not be forced to purchase energy from one provider.”

A co-op is an “association of persons.”  And if Question 3 passes, members of a co-op will continue to have “the right to choose the provider of its electric utility service…and shall not be forced to purchase energy from one provider.”

Again, don’t take my word for any of this – and especially don’t take the word of Warren Buffett’s high-priced PR flaks and multi-million dollar propaganda ads.