Who Are Republicans’ Worst Enemy? Sadly… 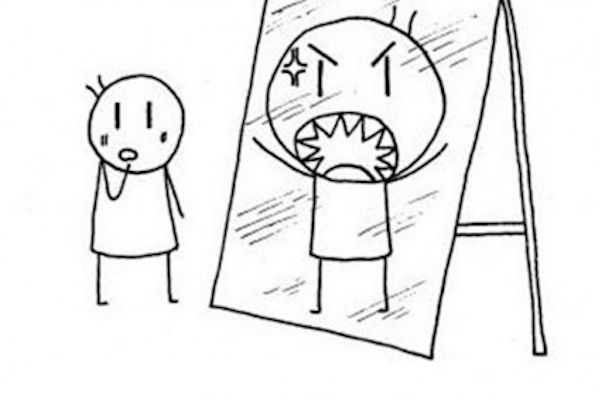 “Remember, Trump wants $5.6 billion for a couple of hundred miles of some kind of physical barrier along the border with Mexico.  We are $22 TRILLION in debt.  The Wall represents 0.025 percent of the national debt.”

“Say you made $100,000 last year. If I said I needed you to donate 0.025 percent of your salary to a worthy cause…you might think that 0.025 percent represents a pretty hefty number.  It’s twenty-five dollars.  About two glasses of wine at your favorite watering hole.”

Yet Republicans, when in the majority in Congress for the last two years, failed to do so…forcing the President to do it by way of executive order today; a decision already criticized by some of the same GOP members who didn’t get the job done when they had the chance.

The president’s daughter, Ivanka Trump, continues her effort to pass PAID family leave.  But where does the government derive the power to force private businesses or taxpayers to pay people not to work?

This is not a conservative proposal by any means.  This is something you’d expect to find in socialist AOC’s “Green New Deal.”  Thanks, but no thanks.  Yet a number of Republicans support it.

There was never any doubt that Democrats would pass a revised version of the background check ballot initiative correcting the flaw in it that prevented implementation.  But it’d be nice if supporters would at least be intellectually honest about it.

The fact is, the bill being passed (SB143) is NOT the same as the one BARELY approved by voters.  In addition, the odds are had the revised version been the one voters voted on it likely would have LOST.  Any claims to the contrary are simply false.

What gun rights supporters should do is gather enough signatures to place the revised bill on the next general election ballot as a REFERENDUM and let the people of Nevada weigh in on the new provisions.

Have yet to hear a single Republican legislator call for such an effort.  Republicans are their own worst enemy.

Some guy named Omar De La Rosa was hired to work on campaigns for the Assembly Republican Caucus last year – and proceeded to LOSE two incumbent GOP seats and failed to pick up the one seat with a Democrat incumbent and a Republican voter majority.  Epic fail.  Total incompetent.

But as is far too common in GOP politics, many of these guys fail upwards.  Indeed, De La Rosa is now working for the caucus for the 2019 session.  And he somehow found a way to hand the opposition the GOP’s talking points briefing on the background check bill to opponents on a silver platter.

“Thanks to the right for these!” tweeted Battle Born Progress, a far-left gun-control organization, including photocopies of Omar’s briefing on February 11.  “Someone should tell the right about how to properly work email and the internet.”

Lovely.  Republicans are their own worst enemy.

Even worse was what’s in De La Rosa’s briefing, starting with this: “Republicans support background checks for anyone wishing to purchase a firearm.”

Really?  OK, then riddle me this, Batman: How are you going to force criminals to subject themselves to background checks before they purchase an illegal firearm on the street?

Kinda hard to believe Republicans actually support gun rights when they’re adopting the gun-control crowd’s agenda.  As the National Rifle Association pointed out during the debate over SB143…

“With all this ‘common sense’ gun control talk, we have not heard one anti-gun politician say how they plan to take guns from criminals, just law-abiding citizens.”

Imagine this: Your child or grandchild is sitting in their classroom studying the Pythagorean theorem.  A crazed gunman with a weapon purchased illegally on the street without going through a background check bursts into the classroom intent upon slaughtering as many kids as possible.

In such a scenario – which has tragically been repeated multiple times all across the country – would you rather (a) have the teacher ask the crazed gunman if he passed a background check before purchasing his weapon, or (b) have a gun of his own to shoot back and possibly save innocent lives?

The fact is – and all the feel-good rhetoric of the left won’t change it – the best way to stop a bad guy with a gun is a good guy with a gun.  But I’ve yet to hear a single Republican talk about passing a campus carry bill this session to allow properly trained teachers and other school personnel to be armed.

Just over a week into the 2019 legislative session an insurrection is already in the air against Republican Assembly Minority Leader Jim Wheeler.

Sources tell me Senate Republicans are so distrustful of Wheeler and his staff that they’re hesitant to even speak with them.

And some Assembly GOP caucus members are extremely agitated over lame communications coming out from Wheeler’s office, including this mind-numbing, hashtag-ladened tweet posted earlier this week…

“The stillness of the early morning allows time for proper preparation and thoughtful decisions. We hope it’s catchy.  Time to head to the Legislature. #RESPECTTHEPROCESSOFTHEPEOPLESHOUSE #oneNevada #NevadaProud #BipartisanEfforts #NevadaWinsTogether”

WTF?  Who wrote that crap?  And who approved it for publication?

In a companion Facebook post, the Nevada Republican Assembly Caucus wrote: “The real people lose when we have an in balance of government.😢 💔”

An “in balance” of government rather than “imbalance”?

And what’s with the teary-eye and broken heart emoticons?  Real professional look there, folks.  And you wonder why nobody takes you seriously?

Speaking of Assemblyman Jim “Feeling Determined” Wheeler, he posted the following on Facebook this morning…

“Today, the (lack of) background check bill will be voted on on the floor of the Nevada Assembly at 11am.  Please come and show your opposition or support for this important bill that affects your 2nd Amendment rights.”

Yes, you read that correctly.  The Republican Minority Leader urged people to show up and show their “support” for SB143.

Assembly Bill 74 would require folks who sell antlers to get a license – yes, including a new license fee – from the government to do so because…well, such sales are clearly a threat to the republic and safety of the community!

And the problem is on a massive scale.  In fact, the Nevada Department of Wildlife says it would affect, um, 10 or fewer people.

Any Republican who votes for this government-expanding tax-hike bill should be tarred and feathered.

“Regarding the Clark County sheriff’s decision to pull back from handing illegal aliens who’ve committed minor infractions over to ICE: The illegal alien suspected of four homicides in Northern Nevada had received a traffic ticket about a year ago.  Had he been handed over to ICE, four people might be alive today.” – Lynn Muzzy, Las Vegas Review Journal, 2/15/19