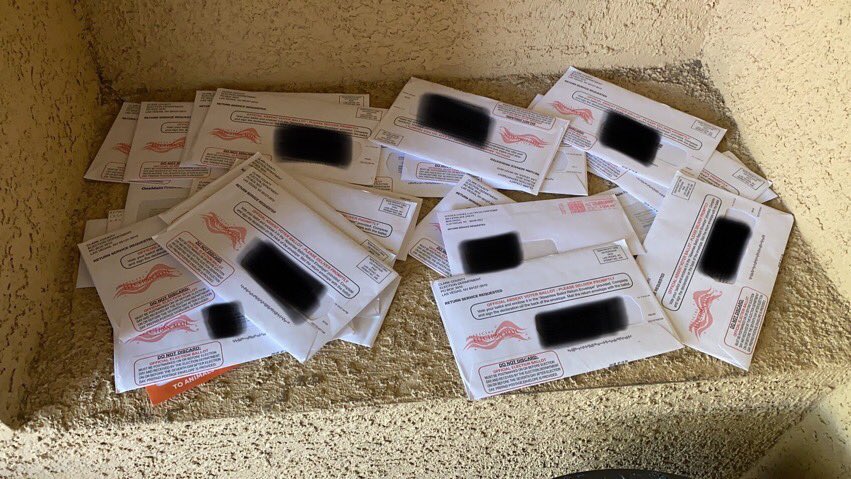 (Chuck Muth) – Folks this really isn’t all that difficult…though partisans, and some fake news media mental midgets (hello, Jon Ralston), on both sides are making it so.

First, the problem with the all-mail June 9, 2020 primary is that the Nevada Secretary of State ordered it in March as a result of the panic Gov. Steve Sisolak created over the Chinese Wuhan Virus.

If you could find a safe way to allow all those things – and more – there was certainly a safe way to conduct our election in the same manner as we always have, especially in counties with little to no threat from the coronavirus.

As for the argument that it would be impossible to man the polls because too many election workers were elderly and at higher-risk of contracting the virus, other states that activated their National Guards – as did Nevada – used them for elections back in APRIL.

Our election wasn’t even scheduled until JUNE.

The hasty decision to order an all-mail primary election in Nevada was simply unwarranted and unnecessary.

Secondly, the provision in state law that allows the Secretary of State to unilaterally order an all-mail election may be interpreted as lawful; however, such a decision clearly violates the obvious intent of the provision.

The NRS (Nevada Revised Statute) on this issue relates to the ability of county election officials and the Secretary of State to designate certain voting precincts as all-mail precincts because the size of the of the precinct is so small as to make opening a physical polling location economically unfeasible.

To use that provision to declare ALL precincts in ALL of Nevada’s counties “mail-in” precincts certainly was not the intent of the law even if technically allowed.

Worse, this highly questionable loophole forced an all-mail election on counties (Esmeralda and Eureka) which, to this day, have reported ZERO incidences of COVID-19.

There was simply NO justification for forcing every precinct in those counties to be designated as “mail-in” precincts.

At the very least, such a massive, unprecedented change to our elections should have been done via a Special Session of the Legislature, with debate and discussion among the elected representatives charged with establishing our election laws.

At best, what the Secretary of State could have, and should have, done was mail an absentee ballot REQUEST form to every active voter instead of cancelling in-person voting for everyone.  That would have made it easy and convenient for anyone fearful of going to a polling location to ask for a mail-in ballot without penalizing the rest of us.

So if the Election Department already knew that the voter had moved, it was utter stupidity to spend a couple hundred thousand dollars mailing them again.

At some point adults need to take responsibility for their own failures.

And you’d have to be an ignoramus or partisan hack – in Jon Ralston’s case, both – not to acknowledge that mailing tens of thousands of actual ballots to people at addresses where it’s already known they don’t live has an unnecessarily high level POTENTIAL for voting fraud – especially when you decide to completely overturn established election procedures with just one month’s notice.

Fifth, I’ve yet to see/hear a single reporter ask, let alone an election official answer, one simple question: Will EVERY returned ballot have its signature verified?

If not, Houston, we have a problem.

If so, how?  Human verification?  Digital scan?  If digital scan, how reliable is the scanning program?  Has the system Nevada will be using been tested for reliability?  If so, where are the reports?

Lastly, it’s one thing for the Secretary of State’s office to say that “ballot harvesting” remains illegal in Nevada, but has anyone asked what they’re doing to enforce that law?

Seriously.  What’s to stop an unscrupulous ballot harvester from collecting a bunch of ballots and then just dropping them in the mail or at a drop-off location?  Or worse, identifying ballots for candidates the harvester doesn’t support and then deciding not to turn them in?

Again, if there’s no enforcement system in place, the POTENTIAL for voting fraud increases exponentially.

And stop all this crap about there being “no evidence” of widespread voting fraud.

First, we’ve seen elections in Nevada decided by extremely small margins – including ties and races decided by one vote.  Even small incidences of voting fraud can swing a close election the wrong way.

It’s EXTREMELY difficult to catch someone committing voting fraud.  But that doesn’t mean it isn’t happening.  The question is: Why make it even easier?  Especially when it was totally unnecessary to do so.  There were plenty of other options.

My personal opinion is that our Secretary of State made an error in judgment based on the fear and panic Gov. Steve Sisolak created by shutting the state down.  The fact that she’s a Republican does not mean all-mail elections aren’t ripe for potential voting fraud which is easily avoidable.

But what’s done is done for the primary election.  The thing now is to MAKE SURE it doesn’t happen again for the general.