What Wayne Gretzky can teach opponents of the U.S. Sugar Program 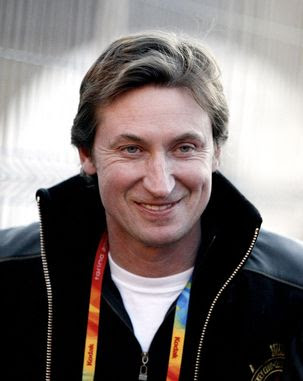 If you’re part of the establishment wing of the GOP you’re in near-panic mode these days as anointed presidential candidate Jeb Bush’s campaign continues in its political death spiral. Which may explain recent attacks against upstart Sen. Marco Rubio on an otherwise obscure issue that really only benefits one special interest…

In a recent Wall Street Journal editorial, the nation’s leading financial newspaper raised a stink about the U.S. sugar program; an issue that even CNBC couldn’t find a way to inject in the last presidential debate.  And according to the editorial, Bush has said “he favors phasing it out” while Rubio, “the fresh-faced champion of limited-government conservatism,” doesn’t.

But like the recent “fabricated” story about fellow GOP presidential candidate Ben Carson and his West Point “scholarship,” that’s not exactly true.

Indeed, in slamming Rubio for his support for this important program to U.S. sugar farmers, the Journal acknowledges that Rubio, too, favors phasing out the program.  Just not unilaterally – as, apparently, Bush is now willing to accept.  Rather, only when foreign governments simultaneously phase out their own direct government subsidies for their own sugar industries.

The subtle difference here is that the Journal hath decreed that such a day will “never” come.  But there’s simply no objective reason to accept such pessimism.  As the saying goes, never say never.  And as another saying goes, those who say it can’t be done should get out of the way of those who are already doing it.

Indeed, as we learned in a recent House congressional hearing, after Mexico was caught “dumping” heavily-subsidized sugar into the United States – collapsing our domestic market and costing taxpayers money under the program for the first time since NAFTA’s passage – an agreement has since been reached to assure not only free trade in sugar between the two nations, but fair trade as well.

The Mexico example lights the way for U.S. negotiators to pursue and strike similar win-win deals with other foreign sugar producers, especially Brazil, India, and Thailand.  “We’ll drop our sugar program if/when you drop yours.”  Zero subsidies/protections for zero subsidies/protections – exactly as Rep. Ted Yoho, Florida Republican, has proposed in a House resolution.

As the great Wayne Gretzky once said, “You miss 100% of the shots you don’t take.”  So it’s not that zero-for-zero can “never” happen.  It’s that Congress needs to take a shot at it.