What Congress should give Google for its Sweet 16 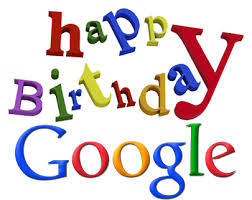 Although Google’s official birthday has moved around a bit over the years, it is generally accepted that the universe will celebrate the search engine’s sixteenth birthday on September 27th.  And I know the perfect gift…

In fact, passage of the bill would be a fantastic birthday present for ALL Americans!

The Senate version of the USA Freedom Act would dramatically reform how the National Security Agency (NSA) is allowed to spy on American citizens and limit the NSA’s ability to strong-arm telephone and technology companies into coughing up large amounts of private, personal data without a court-ordered subpoena.

“The government has grossly overreached with its surveillance practices, and as a result, Americans’ distrust of their own government continues to grow,” U.S. Sen. Dean Heller (R-Nevada), an original cosponsor of the bill, maintains.  “The USA Freedom Act is a comprehensive approach that would end bulk data collection practices and help restore Fourth Amendment privacy rights to our nation’s citizens.”

In a floor statement in July, Heller offered a common-sense amendment to the bill that would eliminate bulk collection of phone and email records and require government intelligence agencies to “disclose to the American people roughly how many of them have had their communications collected.”  Heller’s amendment would also allow tech companies to “to tell consumers basic information regarding the FISA Court orders they receive and the number of users whose information is turned over.”

In fact, I believe that’s the unofficial motto of the grope-and-grin government apparatchiks who run airport security, keeping air travelers safe from oversized toothpaste tubes and forcing little old ladies in wheelchairs to perform the “TSA Macarena” to distract other passengers waiting to be publicly humiliated for the privilege of flying the friendly skies.

If our government-owned/union-managed public schools still adequately taught our nation’s Founding history, citizens today would immediately recoil at the very notion of government agents being able to search your emails or computer files stored on Google Drive or Drop box without a court order.

When confronted with such a demand, absent probable cause or subpoena, in the name of “national security,” the appropriate citizen response would be to quote Benjamin Franklin, who so rightly and famously proclaimed that “Those who would give up essential Liberty, to purchase a little temporary Safety, deserve neither Liberty nor Safety.”

Anyway, happy birthday, Google!  Here’s hoping Congress wraps up the USA Freedom Act and presents it to you and the rest of the country before the month is out.