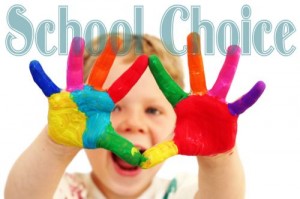 The purpose of National School Choice Week, January 22-28, is to “to shine a spotlight on the need for effective education options for all children.” And nowhere is such exposure needed more than right here in Nevada.

“For decades, the prevailing wisdom in education was that high self-esteem would lead to high achievement,” reported the Washington Post on January 15. “The theory led to an avalanche of daily affirmations, awards ceremonies and attendance certificates – but few, if any, academic gains. Now, an increasing number of teachers are weaning themselves from what some call empty praise.”

Alas, not everyone got the memo.

Indeed, Buffy T. Banks Grove, vice principal of Clifford J. Lawrence Junior High School in Clark County, earlier this month informed the school’s teachers that they could no longer score a student below 50%.

“A 50% minimum ‘F’ will be assigned to all students who receive an ‘F’ on the semester exam,” Buffy the Failing Grade Slayer wrote in a January 10 memo. Meaning if a student earns an “F” with a 25% score, they’ll officially get a 50% score anyway. Indeed, apparently even if a student chalks up a giant goose egg on the semester exam…he or she will still get a 50% score.

Lovely. I’m sure this will boost the child’s self-esteem…even if he comes out dumb as a rock.

By the way, the parents at Lawrence JHS have no choice in this matter. Because of where they live, the government tells them this is the “failure factory” they have to send their children to…unless they can afford the cost of a private school or want to take on the responsibility of homeschooling.

And despite a whirlwind of post-session back-slapping by Nevada legislators last year for self-described “historical” education reforms, all they did was rearrange the deck chairs on the Titanic.

Yes, the captain of the SS Mediocrity will now answer directly to the Admiral Sandoval. But nothing was done to actually give poor and middle-income parents more private school choices (hello, vouchers!). Or, for that matter, make it easier and more attractive for private firms to open and operate new public charter schools here.