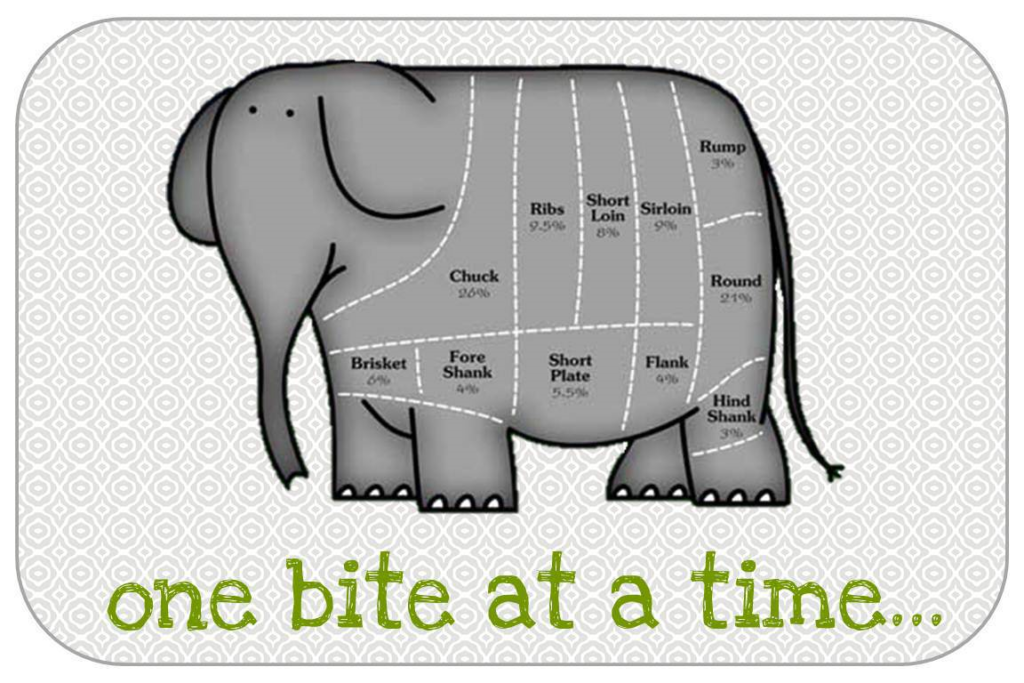 (Chuck Muth) – In light of the latest epic fail by the GOP to repeal ObamaCare, I think it’s safe to suggest that these Senate Republicans could screw up a one-car funeral.

This shouldn’t be that tough.  Congressional Republicans have been clamoring for repeal for years now.  In fact, they introduced, I think, over 40 different pieces of legislation to either repeal, replace or repair ObamaCare while President Obama was still in the White House.

You would think that with control of the House, the Senate AND the White House now, this is the GOP’s golden opportunity to, you know, do what they said they were going to do.  But that’s to overlook the historical pattern of Republicans seemingly never blowing an opportunity to blow an opportunity.

Since the Republican Party’s mascot is the elephant, perhaps they should consider the age-old wisdom about the ginormous challenge of how to eat an elephant: “One bite at a time.”

If they can’t get the whole ObamaCare repeal enchilada with just Republican votes, it would seem a strategically wise idea to shift to smaller, piece-by-piece health care reforms that make sense, would make a difference in lowering health care costs, and make peace between Democrats and Republicans.

What if I told you there was a bill on the Hill that would dramatically reduce the cost of prescription drugs by the BILLIONS that is co-sponsored by staunch conservatives such as Republican Sen. Mike Lee and uber-liberals such as Sen. Patrick Leahy?

No, no. This isn’t “unicorn” legislation.  It’s real.  It’s the CREATES (Creating and Restoring Equal Access to Equivalent Samples) Act of 2017 (S.974), introduced in the Senate back in April.  Here’s the deal…

But those patents for new drugs don’t last forever.  They have a shelf life.  Long enough for the drug maker to recoup its investment in developing the drug and taking it to market.  And once that limited period of monopoly time expires, competition enters the picture in the form of lower-cost generic alternatives.

The problem is, for a lower cost generic company to bring a lower-cost alternative to a brand-name drug to market, they, too, must go through a similarly long, expensive approval process.  And that process includes conducting a blizzard of clinical tests and submitting the results to the FDA (Food & Drug Administration) demonstrating that the lower-cost generic alternative is safe and “bioequivalently” similar to the original.

Have I mentioned that generics cost less?  A lot less?  Didn’t want to leave that part out.

Of course, the only way to test the generics against the original brand for the application process is to obtain large sample quantities of the original brand to use in the tests which, by law, the brand manufacturers are required to provide.  Without those samples, the lower cost generic firms are unable to complete their FDA applications.

As such, guess what?  Some brand drug manufactures are either slow-walking requests for samples from lower cost generic manufactures or outright refusing to do so.

As Robin Feldman, Director of the Institute for Innovation Law at the University of California, testified a year ago, “even a few months of monopoly profits can be worth hundreds of millions of dollars more” to the brand drug company, which encourages the brand drug companies “to expend tremendous energy blocking generic entry by any means possible.”

As you’ll recall, after 62 years of monopoly control, Turing’s patent on Daraprim expired.  So to keep the gravy train chugging along, Shkreli skyrocketed the cost of the anti-infection drug from $13.50 per pill to a whopping $750 per pill!

At about the same time, Turing invoked a loophole in the law by establishing a “controlled distribution system” that effectively blocked generic competitors from obtaining the samples they needed for the required clinical tests to apply for approval of a lower cost generic alternative.

And they weren’t even subtle about it.  As Pharmalot.com reported in 2015, Jon Haas, director of patient access at Turing, came right out and admitted to thumbing his nose at the law…

“If someone calls and asks for 50 bottles of Daraprim, they would have to come to me for approval. . . . Most likely I would block that purchase.  We spent a lot of money for this drug. We would like to do our best to avoid generic competition. It’s inevitable. They seem to figure out a way [to make generics], no matter what. But I’m certainly not going to make it easier for them.”

In other words:  Up yours, Congress.  Drop dead consumers.

Alas, the penalty for failing to provide such samples is roughly equivalent to issuing a parking ticket that everyone knows will be routinely dismissed in court anyway.  As David Olson of Boston College Law School testified last September, “While the law’s requirements are clear, there is no effective penalty for refusing to comply.”

And that’s what the CREATES Act is all about.  Putting some teeth in existing law.  It provides for very narrow, but firm, civil penalties for the most egregious violations of the legal requirement to provide, without delay, testing samples to lower-cost generic manufacturers by brand drug offenders.

The CREATES Act fosters competition and would save taxpayers and consumers BILLIONS of dollars in health care costs.  It is supported by Democrats and Republicans; conservatives and liberals.  It could be passed before the summer recess.  It should be a no-brainer.  A one-car legislative funeral.