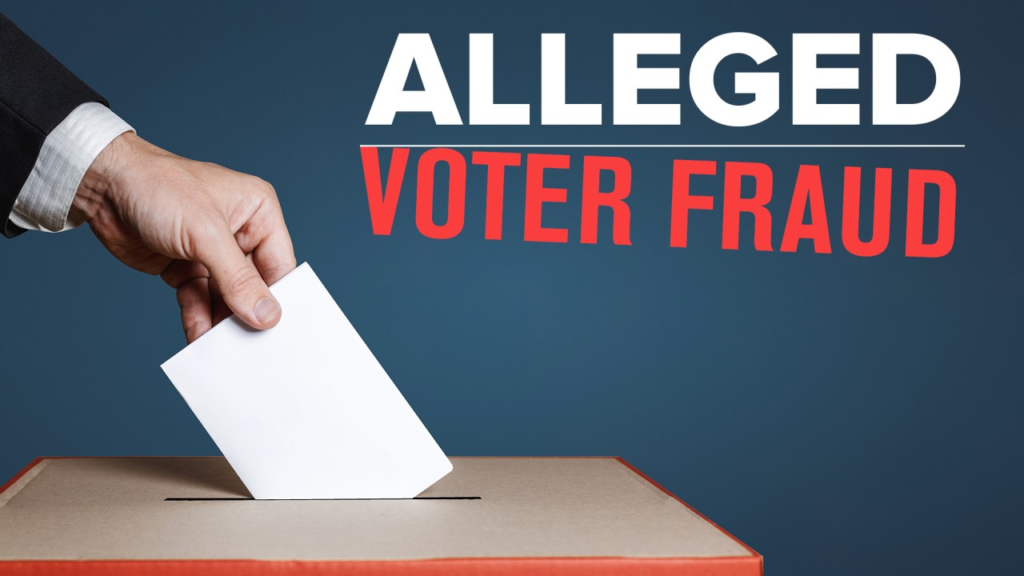 (Chuck Muth) – At the risk of beating a dead horse, let’s wade back into this brouhaha over allegations of election fraud in Nevada last year since some continue to challenge my observations.

For the record – AGAIN! – I firmly believe election fraud, in addition to a mountain of security irregularities that need to be fixed, occurred in 2020.  The problem is actually verifying such fraud took place.

“(Partisans) are among those who will likely oppose Assembly Bill 321, Assembly Speaker Jason Frierson’s omnibus elections legislation. It would make permanent the pandemic-era universal mail voting, among other things. …

“Some of that opposition springs from unproven allegations that the 2020 election was beset by voter fraud, allegations denied by Nevada’s Republican secretary of state and that never found purchase in any courtroom anywhere in the state.”

And there’s also a problem of semantics.

Neither Secretary of State Barbara Cegavske nor her office has ever said there was no voting fraud committed in 2020.  Their position is and always has been that they’ve been given no verifiable evidence of WIDESPREAD voting fraud.

That’s a key distinction.  What’s the definition of “widespread”?  How much voting fraud is acceptable?  Obviously, the goal should be zero.

That said, the Secretary of State’s office acknowledged this week that of 3,963 fraud allegations submitted by the Nevada GOP recently, “a number…are already under investigation.”

So why are people falsely claiming the Secretary of State’s office isn’t investigating voting fraud allegations when, in fact, it is?

The problem gets back, again, to that “widespread” modifier.  While the Secretary of State has confirmed it’s looking into 3,963 voting fraud allegations, the Nevada GOP is claiming it submitted 122,918.

That enlarged number has been used for media hype to boost the “widespread” notion, but is NOT indicative of the number of actual voting fraud allegations that were submitted that could be investigated.

Again, for example, the party submitted 15,164 complaints of voters with “Non-Nevada Mailing Addresses.”  But just because someone has an out-of-state mailing address doesn’t mean they committed voting fraud.

None of those people committed voting fraud.  And it’s simply wrong to claim they did or even *might* have.

Now, if you can PROVE someone moved out of state PERMANENTLY and voted illegally in Nevada, that’s a horse of a different color.  But that’s NOT what the party submitted. Which is why so many people aren’t taking their claims seriously.

It would have been FAR better for the party to have submitted 15 VERIFIABLE claims of voters illegally voting from another state than to claim 15,000+ UNVERIFIED and UNSUBSTANTIATED claims.

The party simply didn’t do its groundwork. Which is why the party has steadfastly refused to provide the public and the media with the complete list of its supposed 122,918 election violation reports. They’ll be exposed for exaggerating their claims.

One of the leaders of the party’s investigation into election irregularities made a point to me in an email on Friday that there wasn’t enough time for the party to conduct and document possible election fraud incidences between the time the general election was over and the deadline to file such claims a couple weeks later.

So the party could have and should have started investigating and documenting these problems more than five months BEFORE the general election.

But the bozos the Trump campaign hired to drive the bus – particularly Jeremy Hughes and Keith “Schipwreck” Schipper – directed the campaign’s activists and volunteers to do “lit drops” instead of investigating, documenting and reporting the mountain of suspicious voting conduct.

So don’t blame the ground troops.  They did yeoman’s work.  But they did the work their incompetent “leaders” gave them to do instead of the work they should have been given to do.

The party claims it identified 8,842 voters illegally registered to vote at “Commercial Registration Addresses” and another 8,111 registered at “Non-Existent Addresses,” such as vacant lots.

Those examples were known last JUNE.  Why didn’t Hughes and Schipper send their troops out to those addresses and document, with photographic evidence, that voters were registered to vote at illegal addresses instead of just hanging campaign flyers on voters’ doors?

One says he/she “personally witnessed two people handing multiple unopened mail in ballot envelopes to two other people who then opened and filled out the ballots against the side of the Biden/Harris van.”

Another affidavit maintains the poll worker “observed many ballot envelopes with signatures that did not match the name of the voter.”

I have no doubt.  But the affidavit doesn’t include the names of any such suspicious ballots.  So how the heck in the Secretary of State supposed to investigate this claim?  No wonder the courts rejected the various lawsuits.

These aren’t EVIDENCE.  These are suspicions.  They’re smoke, but not fire.

And it’s simply unfair to claim the Secretary of State isn’t investigating claims that can’t be investigated because the accusers failed to present actual evidence that could be investigated.

Again, I have NO DOUBT voting fraud took place last year.  The question is to what extent and what can be proved.

But instead of doing the hard work of documenting and submitting specific and substantiated claims, the party threw 122,918 pieces of shinola against the wall hoping some of it would stick.

To wrap up, I don’t blame the ground troops who toiled for hours upon countless hours trying to expose these problems after the general election, which was after the horse had already left the barn.

I blame this mismanagement on the national GOP leaders at the top of the food chain who made the strategic decision not do this work well ahead of time.  They COULD have prevented this.  They didn’t.

And I blame GOP leaders who went on TV and radio talk-shows claiming to have “overwhelming evidence” of voting fraud they clearly didn’t have.  They misled the public and the media and undermined legitimate concerns over election security and ballot integrity.

The party needs to stop this misleading claim of 122,918 voting fraud allegations that simply don’t exist and focus on verifying and documenting actual examples that CAN be proven.  Otherwise, we’re gonna be exactly where we are today two years from now.

Anyone in the party who wants to know what it SHOULD be doing now knows where and how to find me.

Now, back to March Madness!

“As an attorney in Nevada, what you are describing is the exact issue I’ve had with the election fraud claims in Nevada. It’s a near certainty that the current system cannot appropriately safeguard elections, in part due to the last-minute changes forced through in the second special session in 2020, and that fraud will occur. But, the lack of substantive evidence showing what fraud occurred is damning to the party, its candidates, and is potentially leading to Republicans changing their party status to independent in large numbers.” – Name withheld