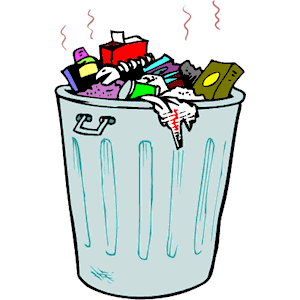 A major brouhaha has erupted over a $1.2 million NO BID contract that’s been awarded to a politically connected consultant to oversee the reorganization of the Clark County school district.

A lawsuit has been filed – which ultimately will be paid by taxpayers – and questions have been raised about the “backroom discussions” and “secretive nature” of the process that awarded the contract.

This is exactly the kind of “insider” stacked-deck games that President Donald Trump is talking about when he calls for “draining the swamp.”  It’s not just a DC problem.

And we have another such situation developing at the Las Vegas city council, where a new 15-year NO BID contract extension for trash collection is being mulled for Republic Services.

A proposal has been submitted to the council that’s harder to find on the city’s website than Waldo.  But even if you succeed in retrieving it from cyber-space, an official at Republic told me it’s already been altered with significant changes.

We also filed a request for a legal opinion with the city’s attorney asking if an approved renewal of the NO BID contract by the council would be subject to a voter referendum.  That seems to be a gray area in state law.

Don’t get me wrong.  I’m not saying Republic isn’t doing a good job.  And I’m not saying their proposal is bad or flawed.  I’m saying the taxpayers deserve to have this matter handled transparently in the full light of day and that it should be open to competitive bidding.

The Trump presidency has thrown down the gauntlet to government at every level and declared that “business as usual” is over.  Let’s hope City Hall gets the memo.