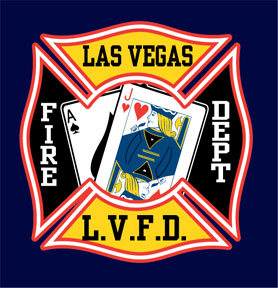 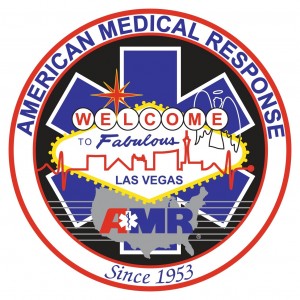 According to a Las Vegas Review-Journal story on March 5, 2014, Las Vegas Fire Chief Willie McDonald is on a jihad to crush his department’s private-sector competitor and he doesn’t care how many citizens’ lives he jeopardizes to do so!

At issue is the current public safety system in which both a Las Vegas fire department ambulance and a private American Medical Response (AMR) ambulance are dispatched to respond to a medical emergency call.  Once the emergency itself is stabilized, the question then arises as to which ambulance transports the patient to the hospital.

Now, this whole thing is a little confusing, so bear with me…

If the patient doesn’t have insurance covering the emergency medical transport, the fire department doesn’t lose anything because it’s funded with taxpayer dollars.

On the other hand, if AMR transports the patient to the hospital, then AMR gets reimbursed by the insurance company and the company uses those private insurance payments to pay its emergency medical personnel.

But if the patient doesn’t have insurance and otherwise can’t pay for the ambulance service provide by AMR, AMR eats the cost.

In other words, no taxpayer dollars are involved here whatsoever.  It’s just the price of doing business.

In reality – and this is even better for taxpayers – the RJ reports that AMR pays the city a $400,000 franchise fee EVERY YEAR just for the privilege of responding to medical emergencies to save the lives of Las Vegas citizens who might not even be able to pay for the service!

What’s at issue here is a debate on whether to turn ALL of the emergency medical transports over to the taxpayer-funded fire department ambulance crews or the privately-funded AMR crews.  According to the RJ, taxpayers could save some $18 MILLION by getting the fire department out of the transport biz, while the fire department would pocket an additional $14 million windfall by putting its private sector competitor out of business.

Which brings us to Chief Willie’s stunning announcement before the Las Vegas city council last week that he was unilaterally taking complete control of emergency medical calls and “re-establishing (the fire department’s) role as the primary responder” by not dispatching AMR ambulances to medical emergencies unless absolutely needed.

This is nothing short of a spectacular money grab by a government agency already funded by taxpayer dollars.  It’s not only a shocking power play but a reckless one, as citizens lives could well be jeopardized by this move.  Here’s why…

According to the RJ story, the Las Vegas fire department has 22 ambulances serving the city.  AMR has 70.  The fire department’s ambulances are parked at stationary fire houses while AMR’s ambulances roam the city and are shifted from place to place by an AMR dispatcher depending on service calls.

Let’s say an AMR ambulance happens to be at a Dunkin’ Donuts when someone in the Mercedes-Benz car dealership next door has a heart attack after seeing the sticker price for the new SLR McLaren Roadster ($495,000!).

What Chief Willie intends to do is dispatch his ambulance from a fire station much further away rather than send the AMR ambulance which is sitting right next door!

When seconds count in a medical emergency, Chief Willie is willing to risk the life of that poor Mercedes Benz customer just to scarf up some additional cash to stuff into his department’s budget that is already funded by taxpayer dollars.

And here’s how Chief Willie’s plot is even worse…

The fire department’s ambulances and personnel are actually trained to a greater degree to handle extraordinary and catastophic medical emergencies.  For example, they are trained and equipped to use “jaws of life” tools to extract people trapped in an automobile accident.  AMR’s personnel don’t handle rescue calls such as that.

So let’s say instead of AMR taking the Mercedes Benz heart attack victim to the hospital, the fire department’s rescue ambulance personnel do.  And let’s say while they’re heading for the hospital with the heart attack victim, another emergency call comes in to rescue some hippie-wannabe who is helplessly trapped in a Prius that was rear-ended by a 4-year-old on Big Wheel.

But the fire department’s specialized rescue team can’t respond because it’s tied up!

This whole scandalous situation is nothing more than a turf war in which Chief Willie is perfectly content to screw taxpayers while putting citizens’ lives at risk.  It’s time for the council to hose the chief down and remind him that his job is public safety, not public sector expansion.