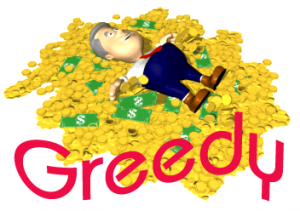 (Chuck Muth) – The deal struck and announced on Monday between the Clark County government negotiators and the greedy SEIU, the extortionist union representing some 5,500 local government workers, should be rejected by the county commissioners when they meet to consider the agreement on April 5th.

Actually, rejected isn’t good enough. The agreement should be torn up, shredded, stomped on, dipped in raw sewage, burned to a crisp and buried deep in the bowels of Yucca Mountain.

According to the Las Vegas Review-Journal, Clark County is facing a $30 million overspending deficit. The proposed deal would reduce base pay for SEIU workers by just 2 percent, saving the county a little over $8 million.

The remaining budget hole of at least $22 million will have to be filled through layoffs and other program cuts. That means taxpayers and citizens are going to get fewer and slower services just to keep SEIU worker pay up in the stratosphere.

That’s right, in the stratosphere. We’re not talking about minimum wage clerks here, folks. The RJ reports that the average SEIU worker’s salary is a hefty $80,000 in pay and benefits. With this proposed 2 percent cut, their pay will be reduced all the way down to a pauper’s wage of…$78,400.

While the SEIU workers want all of us taxpayers to clap ‘em on the back and thank them for taking one for the team by agreeing to have their pay reduced by that paltry 2 percent, bear in mind that over the last three years….while tens of thousands upon tens of thousands of Nevada citizens were taking much steeper pay cuts and being laid off from their jobs completely….

In other words, if the county would just roll back the wages of these pampered public employees to the 2007 level when the Great Recession hit, Clark County taxpayers right now would actually be facing a $5 million SURPLUS instead of a $22 million DEFICIT.

I can’t make this point strongly enough: The SEIU workers, in this announced agreement, aren’t taking a 2 percent pay cut; they’re simply lowering their pay increase from 13 percent to 11 percent! It’s outrageous…but I haven’t even gotten to the worst part yet.

The RJ also reports that “Although workers’ base pay would drop by 2 percent, roughly 70 percent of them still would be eligible for merit raises of 3 percent to 4 percent and a 1 percent cost-of-living raise.”

That’s right. Less than a 1/3 of SEIU workers would actually be hit with this piddling 2 percent reduction, while more than 2/3 of them will actually still be getting up to 5 percent pay INCREASES!

This is beyond outrageous. It’s bad enough that Clark County taxpayers have been getting hosed by the greedy firefighters’ union, but to now be taking it in the shorts from janitors and the stenographers’ pool? Enough is enough.

Unless Clark County commissioners reject this “deal,” I don’t want to hear them whining any more about the state pushing services down to the local level or “robbing” them of money.

Nor do I want to hear any more moaning and groaning about the need for more “revenue.” There’s plenty of revenue already in the pot to provide the county government’s essential services. All we need is for county commissioners to grow a pair and stand up to the SEIU public employees union and do what every parent of a spoiled child sooner or later needs to do….