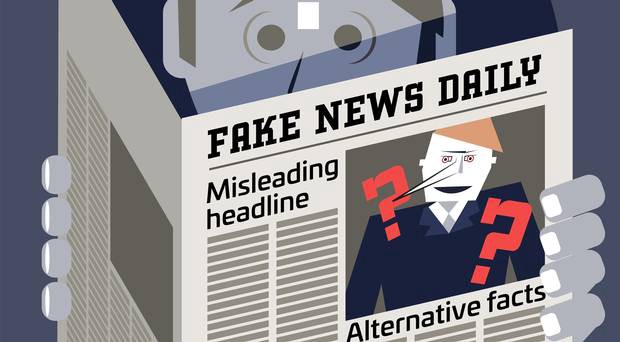 If you believe the “fake news” media you’d have come to believe that Immigration and Customs Enforcement (ICE) agents, along with deputies from the Lyon County Sheriff’s Office, conducted an immigration “raid” on Lyon County’s four legal brothels last week and found illegal immigrants working there and “sex trafficking” going on.

Here’s a spattering of the breathless headlines…

The KTNV story started out thusly…

“The Lyon County Sheriff’s Office reports they conducted a series of brothel work card compliance checks of prostitutes with the assistance of U.S. Immigration and Customs Enforcement (ICE) officers.

“They said the prostitutes who obtained work cards were contrary to Lyon County Code and in possible violation of U.S. immigration law for the Mound House brothels, Bunny Ranch, Kit Kat Ranch and Love Ranch.”

“Prostitutes at Bunny Ranch, Kit Kat Ranch and the Love Ranch North were inspected for possible violation of United States immigration laws during an Oct. 3 work card compliance check.  During the check, 19 expired work cards were discovered, as well as possible acts of human trafficking.”

The misleading headlines had anti-legal brothel crusaders foaming at the mouth.  Assemblywoman Jill Tolles got herself all worked up in a lather and tweeted a link to the KTNV story with the following…

So many things to be proud of in our State… this is not one of them.  #WeDeserveBetter

“Thank you, Assemblywoman, for speaking up against this tarnish on the Silver State.”

It takes a lot of brass for the spokesperson of an industry that’s been raping our land and natural resources to claim someone else is “tarnishing” our state.  But…whatever.

As you can see, the headlines, reporting, and social media rants all would have you believe the BROTHELS have been doing something wrong and got caught in an ICE “raid.”

Let’s start with an easy one; the claim that “19 expired work cards were discovered.”

That’s possible.  But it’s meaningless – since none of the individuals were still working there.  That’s like having an expired credit card being “discovered” in your wallet.

Next, the most outrageous: Assemblywoman Tolles’ selective editing of the KTNV report.

She left out the part about this being a four-month investigation of registration procedures and practices followed by the sheriff’s office in issuing work cards, not the brothels.

The Lyon County Sheriff’s Office does.

It is the responsibility of sheriff’s office to do background checks on anyone wishing to work in one of Nevada’s legal brothels, not the brothels.  And the brothels don’t let anyone work there unless they have a work card issued by THE SHERIFF’S OFFICE.

What her highness Assemblywoman Tolles did – to advance her anti-brothel agenda – was dishonest and disgraceful.  Her selectively-edited tweet was written and sent either out of malice or ignorance. Either way, it does not reflect well on an elected official.

If she has any honor she’ll delete the tweet and issue an official, public apology.

Now back to the main story…

Fortunately, one reporter – Michelle Rindels of the Nevada Independent – actually got the facts correct rather than going for the easy click-bait headline…

And here’s her opening paragraph…

“Lyon County sheriff’s officials said Immigration and Customs Enforcement agents joined them on unannounced visits to the county’s legal brothels on Wednesday afternoon, but the stops were educational and did not lead to arrests or citations.”

An “educational” visit, not a “raid.”

As Rindels notes, the four-month “investigation” was not on the brothels, but an “internal audit” of the SHERIFF’S OFFICE itself…

“Michael Carlson, administrative director for the Lyon County sheriff’s office, said the agency has been internally auditing its procedures and has realized it wasn’t following its brothel registration policies to the letter. The Wednesday visit was ‘used as teaching lesson’ for sheriff’s officials, ICE agents and brothel workers to better understand the ordinance and immigration laws.”

The unannounced compliance check – which is normal and customary and happens on a regular basis – allegedly found three workers – out of more than 500 – working at the brothels who were in the country illegally.

Alas, one was later verified as a U.S. citizen, one had already left the country, and the third no longer even worked at the brothel.

So much for that.

So as far as the brothels knew, all three were in the country legally since the sheriff’s office had completed its background check on them and issued them work cards.

In fact, as Rindels noted, “sheriff’s officials characterized the problems as deficiencies in Lyon County regulation of brothels rather than willful violations from the brothels themselves.”

In addition, Sheriff Al McNeil plainly stated: “I do want to add that we do not believe [brothel owner Dennis] Hof or any of his staff are knowingly engaged in international human trafficking.”

And yet the click-baiters felt free to post “fake news” headlines such as “Dennis Hof is investigated for human trafficking and immigration violations at his three legal brothels.”

But the brothels don’t know that!

“The sheriff’s office regularly conducts ‘compliance checks’ to ensure that prostitutes are properly registered with the county and have valid ‘work cards’ issued by the sheriff allowing them to work in a legal brothel. Having ICE agents along was meant to help sheriff’s officials know what they were looking at when examining green cards and brief them on relevant federal law and was a first for the agency.”

So as you can see, this entire matter was about the SHERIFF’S OFFICE and the processes and procedures IT’S following before issuing work cards, not the brothels.

In his report, McNeil noted that the internal investigation of the sheriff’s office uncovered “issuance of work cards prior to completing criminal history background checks” and blamed “clerical staff processing these applications who do not have the required knowledge and skills to conduct the mandated background checks.”

That’s a sheriff’s office failure, not the brothels.

But you wouldn’t know that in reading news stories and social media posts other than Ms. Rindels’.

So, what’s this really all about?  Money.

Sheriff McNeil is using the “international human trafficking” hot-button to solicit more tax dollars for his department.  He said so himself…

“It is projected that a qualified and trained full-time clerk needs to replace the part-time Dayton clerk to process all applications, and our Investigations Bureau will need to be initially increased by one detective to become part of a regional sex trafficking task force on a ½ time basis until more work load data is obtained in order to determine if the position warrants a full-time work-load.”

But as Frank Hunewill, Sheriff McNeil’s opponent in the upcoming general election, put it in a debate back in August: “There’s always a way to fix something without throwing money at it.”

So it seems the common-sense solution to these problems isn’t to unfairly and wrongly “tarnish” and scapegoat Lyon County’s legal brothels…but to elect a new sheriff.