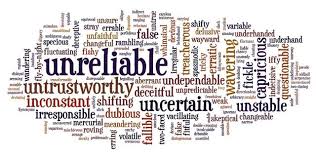 I’ve seen some bad arguments from those opposed to Question 3, the Energy Choice Initiative.  But the most ridiculous so far is a political argument proffered by gubernatorial candidate Ryan Bundy’s former (fired or quit is an open question) campaign manager, Denise Mraz…

“Scott Lafat (sic) and Dan Schwartz picked the yes side and lost big.  Dan was getting $ from isreal energy companies and scott was a plain idiot, his ‘energy guru’ was a salesmen men for solar.”

Grammar challenges aside, Lafata was a GOP candidate for lieutenant governor in the June 12 primary and Schwartz ran for governor.  Both lost “bigly.”  But to even remotely suggest their losses were due to their support for Question 3 is beyond ridiculous.  Insane even.  It was never an issue in either campaign.

Mraz also quotes a highly suspect and totally inappropriate “study” by the Public Utilities Commission (PUC) to bolster her “No” arguments.  This is like quoting CNN in evaluating the Trump presidency.

The PUC is the government’s regulatory enforcer for the current energy monopoly system in Nevada.  In other words, they have a dog in the fight.  Should Question 3 pass, its power, influence and relevance would be dramatically reduced.

And we’re supposed to take its conclusions at face value?  I don’t think so.

Worse, who is making the decisions on the PUC?  Energy experts?  No.  Not even close.

The three PUC commissioners are political appointees single-handedly put on the board by the governor without confirmation votes by the Legislature.

The current commission chairman – who this week announced he was leaving through the revolving door to take another government position with the public university system – is Joe Reynolds.  Is he an energy expert?  Hardly.  He’s a…lawyer.

Mr. Reynolds bona fides were outlined in a recent Nevada Independent story on his impending departure from the commission…

“Reynolds formerly served as (Gov. Brian) Sandoval’s general counsel and deputy chief counsel since 2014, and was formerly the chief deputy attorney general for the Bureau of Litigation of the Nevada attorney general’s office under former Attorney General Catherine Cortez Masto. He initially studied to be a high school English teacher and received an undergraduate degree in Education from UNLV.”

Does anyone in their right mind think Mr. Reynolds was tapped to head the PUC because of his unique understanding of and experience in energy issues rather than political connections?

Like Mr. Reynolds, fellow Commissioner Ann Pongracz is a lawyer by trade.  Before her PUC appointment she served as General Counsel for telecommunications firm Sprint, Special Counsel to the Colorado River Commission and Counsel to the Governor’s Office of Economic Development.

And all of this makes him supremely qualified to make critical decisions on energy…how?

Look, there are a number of legitimate concerns about Question 3 that need to be addressed.  But to rely on the other-worldly opinions totally detached from reality of someone like Denise Mraz or the impossibly conflicted “study” by the PUC are decidedly NOT places to go to obtain reliable information.

For that, stick with me.  Lots more to come – including a discussion of the “no” side’s Armageddon-like scare tactic that if Q3 passes we’re gonna end up like California…perish the thought!  Stay tuned, Batfans.