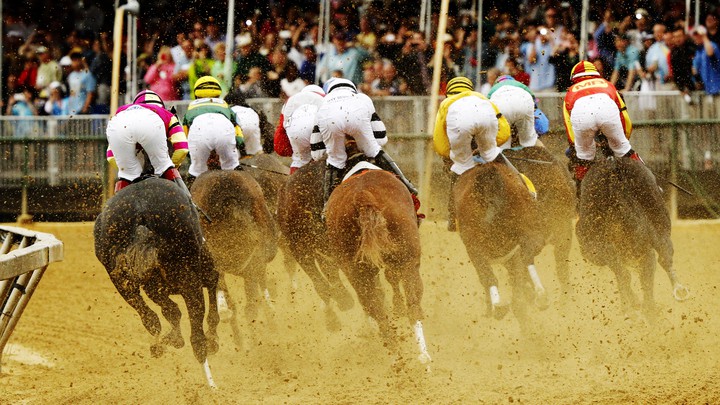 There are ten races in 2020 – other than the presidential race, of course – that should be on every Nevada Republican’s radar screen.  So let’s start to go through them as we approach the March filing period.

However, if Trump wins and has coattails, CD3 is definitely in play for the GOP (he carried this district in 2016).  And if he wins in a landslide (“Go Bernie, go!”), his coattails *might* just be long enough to pull off a miracle in CD4.

1.)  In CD3, unless an unknown mystery candidate parachutes in at the last minute, Republicans are gonna have a choice between Dan Schwartz and Dan Rodimer in the primary.  And between the two, this is an easy one…

But as veteran GOP strategist Roger Stone wrote that Richard Nixon once said to him: “The only thing worse than being wrong is being boring.”  And if you’ve been following the Two Dans on social media, you know that Rodimer is a thoroughbred and Schwartz is a nag.

And I predict GOP conservative primary voters will soon remember why Schwartz wasn’t even able to get 10% of the vote in his gubernatorial primary against Adam Laxalt in 2018.  Nice guy. But NOT a conservative.

2.)  In CD4, there appears to be about 743 Republicans running in the primary, but at this point it looks like a two-person contest between former Assemblyman Jim Marchant and newcomer Lisa Song Sutton – with Sam Peters shadowing them as a dark horse.

Marchant’s problem isn’t just that he’s an old white guy in a district where over half the population is listed as a minority, including 30 percent Hispanic.

The real problem is that he’s yet to explain credibly how after losing his state Assembly seat in 2018, despite being a well-funded incumbent in a toss-up district, he is somehow better situated now to win a congressional race AGAINST a well-funded incumbent, who happens to be black, in a minority-majority/majority-Democrat district.

Peters has a similar problem.  I know I referred to him as a “dark horse,” but he’s a pale-face, too.  And unlike Marchant, he’s never run for office before, let alone got elected.

Wrong candidate for the wrong race at the wrong time.  Still wish he’d run for a different seat (it’s not too late).

She’s Asian-American.  Young.  Telegenic.  Great with the media.  And even better on social media.

A successful small businesswoman. An author and freelance columnist.  A professional public speaker.  And a former Miss Nevada United States.

Not quite the Four Horsemen of the Apocalypse, but pretty heavy hitters in today’s Nevada GOP.

Oh, and according to the latest FEC report, she’s raised over a quarter-million dollars and has received donations from people in all 50 states.  Now THAT’S impressive!

Lisa is undeniably a Republican rising star here in Nevada.  Keep an eye on her.

“As most people know, and for those who would like to know, I am strongly Pro-Life, with the three exceptions – Rape, Incest and protecting the Life of the mother – the same position taken by Ronald Reagan.” – President Donald Trump, Twitter, 5/18/19