Top 10 Nevada “Conservatives vs. RINOs” Primaries to Watch in 2016

Much like the Republican presidential contest nationally, there are a number of interesting and competitive GOP primaries for lower offices in Nevada 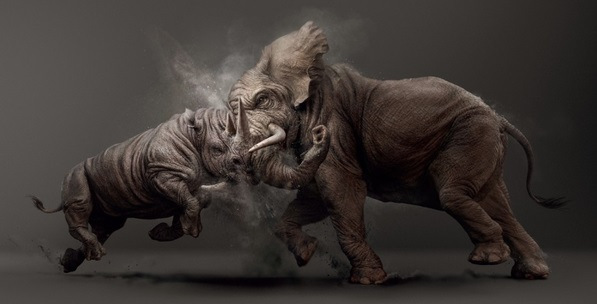 (Chuck Muth) – Much like the Republican presidential contest nationally, there are a number of interesting and competitive GOP primaries for lower offices in Nevada.

Here’s a look at my initial Top 10 races for conservatives to keep an eye on this coming season, along with “early line” assessments. I’ll update the list and predictions after filing closes in March.

The primary election itself is scheduled for June 14, 2016.

Will the three philosophical amigos split the anti-Roberson vote, thus handing the nomination to the worst possible Republican as far as conservatives are concerned? Probably.

Nelson is the GOP establishment’s anointed candidate. Seaman is the conservative insurgent.

Nelson is a nice, mild-mannered lawyer. Seaman is a bull-in-the-china-shop ball-buster who is completely and totally un-intimidated by the establishment’s power and influence. She’s also a hard, grassroots, retail campaigner.

Nelson has so far raised about $30,000 more than Seaman for the race, but Seaman has raised enough to get her message out in a primary. And Erv has to campaign with his vote for the largest tax hike in Nevada history around his neck.

There’s already considerable bad blood between these two. Bet on this one getting ugly…fast.

The Republican establishment has anointed former Assemblywoman Heidi Gansert for this race to replace tax-hiking Sen. Greg Brower (Reno-RINO). As such, she’ll have all the money she’ll need.

But she’ll also have to campaign with the anvil of Brower – who, in addition to voting for Sandoval’s tax hikes also single-handedly killed the campus carry bill last session – around her neck with conservative GOP voters.

Her opponent is conservative businessman Eugene Hoover, a staunch conservative activist well-acquainted with the legislative process who will have the issues on his side with conservative voters in a year not exactly favorable to insiders.

The question is: Will he have enough money to get his message to the voters?

So far he’s been outraised 25-1. But Gansert will burn a lot of her cash on the governor’s high-priced consultants, not direct contact with voters. If Hoover can raise some dough in the next few months, he could make a go of it.

Gardner will have the establishment’s backing, but Orrock will be able to muster more than enough dough to make sure voters know Gardner voted for the $1.4 billion tax hike.

And Orrock has the additional benefit, by virtue of her party leadership experience, of understanding the campaign and political process far better than most first-time candidates.

This race will be a rematch of the 2014 primary between tax-hiking Assemblyman Stephan Silberkraus and conservative businesswoman Amy Groves.

Silberkraus etched out a win by just 485 votes in 2014…but that was before he voted for the largest tax hike in history.

For her part, Groves won’t be saddled with the campaign mismanagement and malpractice of clod consultant Nathan Emens this time around.

Silberkraus will have the establishment’s backing, but Groves should be able to raise the money she needs to be competitive in this race against the incumbent.

Freshman Assemblyman Chris “Let’s Make a Deal” Edwards will be facing conservative Connie Foust, an experienced grassroots activist and veteran of the illegal immigration “border wars” in Arizona before moving to Mesquite.

Edwards is a weasel and distrusted even by his allies. He infamously “wore a wire” and secretly taped his GOP colleagues in meetings and phone calls before the start of the 2015 legislative session over suspicions that he was trying to sell his leadership vote.

He voted for the $1.4 billion tax hike before voting against it. (This guy has more faces than a clock store!)

Foust has all the issues she needs to send Edwards packing. The big question is whether she can garner the money or volunteer army to get the word out.

In the 2014 general election against conservative Republican Lisa Krasner, Kirner eked out a victory by all of 11 votes (no Democrat filed in this race, so both Republicans went to the general). Krasner decided early to run again after Kirner voted for the $1.4 billion tax hike.  After that vote, he was toast in a GOP-only primary.

Kirner’s and the establishment’s anointed candidate is Jason Guinasso. Guinasso will have plenty of campaign cash to spread around, as well as an experienced team of consultants – and without the baggage of the tax hike vote.

Krasner is mostly on her own and still facing hard feelings by some Republicans for challenging Kirner in 2014. But Guinasso still has to campaign with the Kirner anvil around his neck.

The only news better than the news that Kirner won’t be around to screw over taxpayers again next year was the news that his running buddy, tax-hiking RINO Assemblyman Pat “The Appeaser” Hickey (Reno-RINO) was joining him in quitting rather than facing voters in November.

The establishment has anointed Tolles. But with so many candidates in the mix for this open seat, anything is possible.

Incumbent Assemblyman Glenn Trowbridge wasn’t elected to this seat. He was appointed by the seven Democrats on the Clark County Commission to fill a vacancy created when conservative Assemblyman Wes Duncan took a job in the Attorney General’s office.

Trowbridge went on to vote for the $1.4 billion tax hike.

He’s being challenged by conservative businessman Jim Marchant, who has some financial resources and an organized grassroots network behind him.

Trowbridge, of course, will have the establishment’s full backing. But he still has that tax vote anvil hanging around his neck.

Incumbent Assemblyman James “The Big Selloutski” Oscarson represents one of the most GOP-friendly districts in the entire state.

Nevertheless, he sold out his constituents and voted for the largest tax hike in Nevada history in the 2015 legislative session. In return, he has been, literally, excommunicated from the Nye County Republican Party.

He’s ripe for the picking.

Unfortunately, just like in our #1 race, there are at least two conservative challengers – Tina Trenner and Rusty Stanberry – who have been campaigning in the district for the last couple of months, and I hear there’s actually a third candidate ready to jump in who is favored by the local party leaders.

The Big Selloutski has the power of incumbency, the establishment’s backing and the money he’ll need to defend his seat. The conservatives appear intent on dividing their forces and handing the seat back to Oscarson.

BONUS: A DEMOCRAT PRIMARY TO WATCH

Democrats have three liberal, professional politicians running in the primary – Lucy Flores, Reuben Kihuen and John “Johnny O” Oceguera (one of the more loathsome political opportunists in the state) – vs. a businesswoman, Susie Lee, who’s never run for office before but has significant funding behind her campaign.

Will the three political pros split the vote and allow Lee to slide in under the radar? Probably not. Democrats don’t operate the same way Republicans do when it comes to primaries

Kihuen is the Democrats’ anointed candidate and Sen. Harry Reid is apparently “all in” for him.