The Untold Story behind the Texas Business Tax 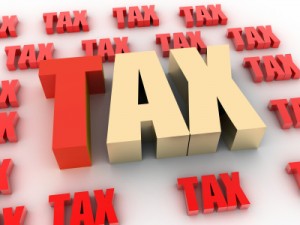 Nothing, and I mean nothing, grinds the nerves of those who wish to grow and expand government more than a principled politician who takes tax hikes off the table and leaves them there. Which is why the Left is so fanatically obsessed with the 25-year-old Taxpayer Protection Pledge sponsored by Americans for Tax Reform.

Not only does the Left belittle, demean, ridicule and browbeat candidates and elected officials who sign the Pledge promising the voters of their districts to oppose and vote against any and all efforts to raise taxes; after a candidate makes such a no-new-taxes commitment, many liberals develop an Ahab-like obsession with finding even the smallest of violations, hoping a tiny crack will result in capitulation on bigger hikes.

And when they can’t find an actual violation, they just make some up.

Indeed, before Nevada Gov. Brian Sandoval capitulated at the 11th hour on his own no-new-taxes pledge this year, the Left was going to extraordinary lengths to characterize aspects of his budget as a tax hike, whether it was or not.

For example, the governor’s proposed budget initially included cuts to state subsidies to the university system. And when the regents, not the governor, suggested raising tuition to make up the difference, the Left called it a “tax hike” on students and a violation of the governor’s campaign promise. They also claimed pay cuts for government employees were a “tax hike.”

Talk about a stretch of Gumby proportions.

The latest iteration of this Tax Pledge obsession and coordinated campaign to undermine it appeared in a recent Las Vegas Sun story on Texas Gov. Rick Perry who was characterized as someone who “could become an unlikely friend to Nevadans seeking to raise taxes here.”

The reporter wrote that Perry had violated his tax pledge by supporting a business “margins tax” in his home state in 2006; suggesting that fiscal conservatives in Nevada “could be forced into pretzellike contortions” in supporting both the Tax Pledge and the Texas governor’s run for president. He further warned that “Perry supporters should expect an argument with anti-tax Nevadans…if the Texas governor campaigns here” and that that was good news for Nevada Democrats who crave a similar business margins tax.

First, for clarification purposes, there is a huge difference between being anti-tax and anti-tax-hike. Most responsible fiscal conservatives accept the need for taxation to fund essential, legitimate, constitutional government operations, such as law enforcement and the courts. It’s the notion of raising taxes to expand the welfare state and compete with the private sector that usually causes the problems.

Secondly, Perry’s tax “hike” wasn’t actually a tax hike; it was a tax shift. Establishment of the so-called business “margins tax,” combined with an increase in tobacco taxes, was offset by a commensurate reduction in property taxes. In other words, Perry did not support a net increase in the amount of money going to the government, but a broadening of the overall tax burden.

And therein lies the key difference between what Gov. Perry supported in Texas and what Democrats and other special interests want to do in Nevada.

Tax addicts such as Senate Majority Leader Steven Horsford and Assembly Speaker John Oceguera – as well as lobbyists for Big Gaming and Big Mining and Big Labor – proposed a Nevada version of Texas’ business tax this year, not as a way to broaden the tax base in a revenue neutral fashion, but to increase overall tax revenue. And as long as they do, conservatives will continue to oppose them.

The real lesson the Left should learn from Gov. Perry and the Texas example is that if they would simply abandon their mindless obsession with raising taxes to expand government and instead come to the table and negotiate revenue neutral tax reform proposals to broaden the tax base, they just might find many Republicans willing to join them.

But some people just can’t take yes for an answer.

CORRECTION: The Las Vegas SUN item was a news story, not an opinion column. My apologies to reporter David McGrath Schwartz.