The Tax Man Cometh…with a Vengeance! 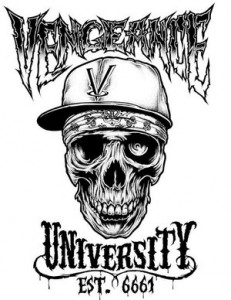 Let’s say you have a really bad headache. And then along comes somebody who says what you really need is a bonk on the head with a hammer. That would be absurd, right?

Legislative Democrats last year wanted to take the 2009 “temporary” tax hikes – currently valued at $620 million – and make them permanent. These tax hikes include an increase in the payroll tax for some larger businesses and a doubling of the penalty/fee every business must pay for the “privilege” of operating in Nevada.

Enough GOP opposition forced the Democrats to accept “only” a two-year extension of those “temporary” taxes; however, plots and schemes to come back in 2013 and make those tax hikes permanent are well underway.

In addition, at the 11th hour at the close of the 2011 legislative session, Democrats also trotted out a secretly connived plan to slam Nevada’s business community with a new $1.2 billion corporate income/gross receipts/margins tax…a scheme they’re preparing to bring back again next year.

In the meantime, the anti-business organized labor movement – especially the AFL-CIO and teachers unions – isn’t waiting for legislative Democrats.

The unionistas recognize that a new and larger contingent of conservative Republicans in the state Senate isn’t about to give Democrats the 2/3 vote they’d need to pass a new business tax. So they’re preparing to gather enough signatures to put a new corporate tax measure on the ballot, rolling the dice that getting 50%-plus-1 in the electorate will be easier than getting 2/3 in the Legislature.

Which, of course, is the reason we need a new ballot initiative to require future ballot initiatives to raise taxes to obtain the same 2/3 super-majority vote for approval as is required for tax hikes proposed in the Legislature. But that’s another issue for another day.

Nevertheless, it’s not just organized labor looking to raise taxes via the ballot. Lawyer/citizen activist Kermitt Waters is also mulling a tax initiative which would sock the mining industry, as well as impose a new corporate tax on extremely large companies earning more than $1 million a month. However, Waters’ proposed initiative is less a tax hike than tax reform.

You see, in return for jacking up mining’s taxes and taxes on big corporations, all homeowners of personal residences would see their property taxes eliminated completely. That will appeal to an awful lot of “little guys,” but would still be a huge tax hike for some very big employers in Nevada.

And then there’s Monte Miller.

Miller is a well-respected conservative businessman known for being staunchly opposed to tax hikes. However, suspected collusion between the unions pushing this new corporate tax and lobbyists for the gaming and mining industries isn’t sitting well with Miller – or pretty much anyone else in the business community who would have their pockets picked. And Miller appears ready to “go nuclear.”

Indeed, if gaming and mining do, in fact, line up behind the organized labor ballot initiative to impose a new corporate tax on Nevada’s small business community, Miller is preparing to simultaneously circulate a pair of initiatives that would raise both the mining and gaming taxes to 9 percent.

It’s M.A.D. – Mutual Assured Destruction. Instead of mining, gaming and small businesses combining forces and fighting to reduce spending, the end result could be that everybody’s ox gets gored. Winner? Government and anti-business liberals. Lovely.

Of course, the fiscally responsible thing is to just say “no” to ALL tax hike proposals. To that end, every business owner in Nevada should tell every candidate asking for donations this year that if the candidate doesn’t sign the Taxpayer Protection Pledge, the business owner ain’t signing a check.